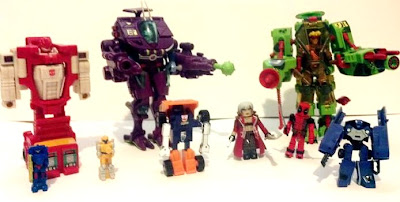 It was a pretty eventful week with tons of new finds and toy related news and releases to speak of.
Also, I was able to score a few nice items to add to the ever-growing toy room so let's jump right in. 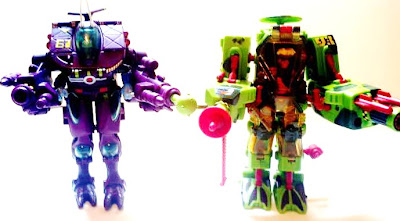 I was able to find some killer Exo-Squad E-frames and figures for 9 dollars a piece and for the most part they are pretty complete and functional which is no easy feat. Usually when you look for these guys on-line they are mainly a shell with no extras. I was able to grab Alec DeLeon with his Field Communication E-Frame and General Typhonius in his High-Speed Stealth E-Frame. Both are really good, well articulated figures to add to my Sean Napier figure. Alec came near complete with only two small red missiles missing (he even has his super easy to lose power cell) Typhonius wasn't so lucky as he was missing his one projectile, two purple side missiles, two weapons and cell but his frame was in good condition despite two snapped hand controls (I wish I asked more about him after thinking about it) Nonetheless, on a glance-over basis, he looks good for display purposes and I could always gradually find his parts the hard way. 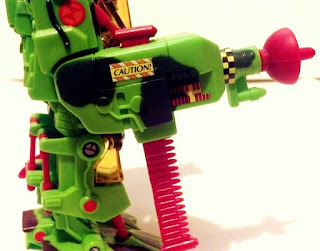 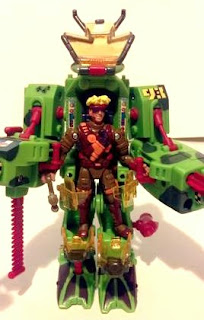 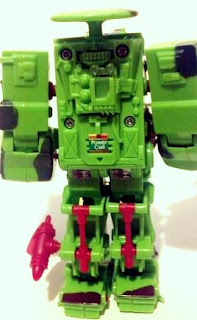 DeLeon is the real show-stopper. He was the figure I wanted most as a kid but for some reason just didn't pick up. I only had the Napier and J.T. Marsh frames (why did I sell him? Stupid move) I love his green mech design with bullet chain, radar dish, Gatling gun, rotating transmitter and orange see through cockpit harness system. Also DeLeon had the headband and goggles look going on which was, in my opinion, bad ass. (Why I also loved my AT-ST driver and Low-Light figures) Exo Squad was such an innovative show and really portrayed an admirable effort at emulating the Japanese Space Operas but giving American audiences a slice of the Macross universe. Unfortunately, it didn't last because American children are stupid just like FireFly didn't last because American adults are stupid. Added bonus of this purchase was that the E-bay seller lived 20 minutes from me so my wife and I took a drive up the mountain to meet him at his ice-cream store...I got figures, the wife got ice cream...win-win. :) 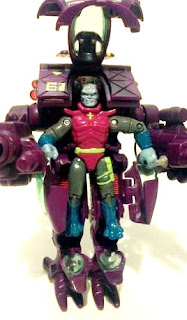 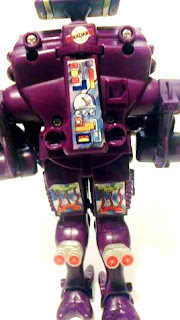 Earlier in the week I found this little Transformers Universe Armada figure "Makeshift." Not an Armada collector at all but he was 2 bucks and a 4 year old figure so I jumped at him. Cool little minibot to put with my other Generations/Classics figures. I also like his Shockwave looking head as well. 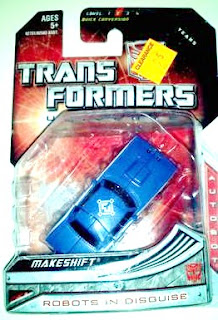 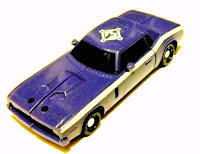 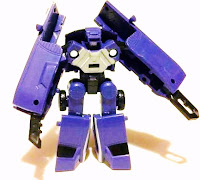 About 6 weeks ago I started looking at Mini-Mates figures.. I've been building my Battle Beasts and giving more shelf space to my McDonalds Happy Meal guys so I am paying a lot more attention to the Diamond Select series. Also, it's just nice to be into some toy lines you actually can find in stores even though these guys are pretty much best accessible through BigBadToyStore. (just like everything) I just picked up the Marvel Vs. Capcom 3 set of Deadpool vs. Dante. Great set with 3 swords, 4 pistols and two well detailed, super articulated figures. Deadpool is one of my favorite Marvel characters and they did a great job with him. Dante has some great detailing on the face and coat as well. They look good with my Sentinel and Ryu set. Can't wait to get some of the newer Battle Beasts up there next to them later this year! 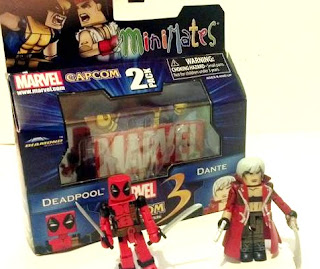 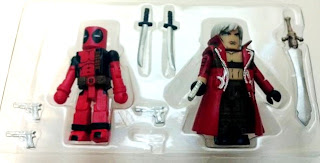 Last up where some G1 Transformers, I was able to find the Ricochet and Boomer Targetmasters to accompany the QuickMix figure I scored a few months back making him my first completed Targetmaster. These little guys are greatly detailed and have nice paint work on both of their legs, arms and faces, they connect to the sides of the Cement Mixer, Quickmix in alt more and can either stand alone as separate robots or be used as weapons for the bigger autobot or, better yet, combine to fore a double barreled gun! Great addition to my set...Quickmix needed quite a bit of cleaning when I got him (for a buck) and I also had him fitted with some brand new repro labels from Reprolabels.com along with his counterpart LandFill. They look great. 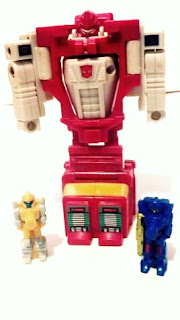 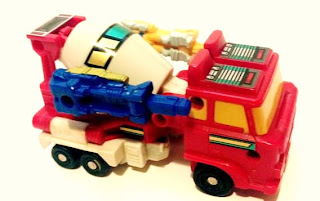 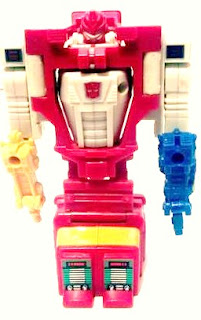 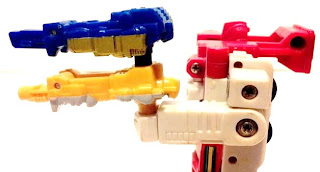 Also, I was able to score Huffer for 4 dollars/Free Shipping. This little Big Mouth Minibot was a great find with shiny chrome, practically new stickers and smooth, sturdy transformations. Nice little guy to add to the set who looks brand new. Couldn't believe he wasn't a re-issue. 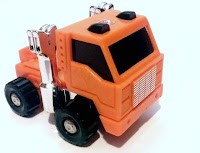 Here is my latest wrap of toy headlines from around the camp-fire.

TOY HUNTERS is coming back on August 15 for 8 episodes, woot woot!

Transformers Masterpiece Collection is releasing some confirmed major fan favorites like Soundwave with Laserbeak (who can hold three cassettes!), Red Alert, and SideSwipe...I'm also hearing scuttlebutt about a cassette set and a minibot set. If you ever needed to hit the lottery, right?

There are a ton more photos floating around the interwebs of Beast Saga figures beyond the initial 12 or so we saw on BBTS preorder list.  Thanks a bunch to Battle Beasts News!  I will do nothing short of flying to Japan to get my hands on this collection.

Toys R Us is putting out exclusive Star Wars: Vintage Collection vehicle packs like Return of the Jedi packed AT-AT walker, Slave-1 and Speeder bike with tri-pod cannon and scout figure...no word of prices or pics but the speeder is supposedly marketing for 20 bucks which sounds like a great deal especially since it's going to be totally movie accurate in design, function and articulation. These are gonna be extremely limited at 30,000 pieces and hopefully by September...we'll be rid of those God-awful Phantom Menace figures.

Lego is making the most epic haunted house you could ever imagine...two words: Zombie Chef.  Seriously, if any of you knew me as a child...you'd understand why this sets a bit of a big deal for me.

This video is old news but watch it again...you know you want to.  Sheer Lego awesome sauce.