Brian at Cool and Collected gave us quite a succinct assignment consisting of simply a name.  This name was "Kurt Russell."  A name which may ring amusement, bewilderment, rage, depression, hunger, exhaustion or cast some readers into the throws of a hellish introspective nightmare. (well some people anyway)  We are allowed to tackle this name however we may wish and already some of the Leaguers have hit the ground running with Lists, Stories and Tributes all fitting of this fine actor.

Honestly, He is one of those guys who I perpetually mix with Dennis Quaid and Jeff Bridges.  I know that is a big mix up and it's the difference between well established nerd franchises ranging from G.I. Joe, to Escape from New York, to the Big Lebowski, to Stargate, to Pandorum to Tron for Christ's sake.  The same can be said of Richard Dreyfus and Daniel Stern, don't ask me why.  Mind you, this takes away nothing from any of these gentlemen's abilities to act and be memorable, they just, for some reason, all meld into like the mono-persona.

Anyhow, I'll hit up this topic the best way I can...by putting up a showcase of Mr. Russell's immortalization in the absolute best way possible: ACTION FIGURE FORMAT!  Because there is really no better way to gauge how awesome you are than counting how many toys have been made in your likeness, right? 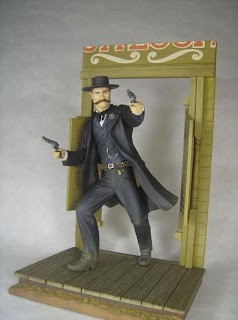 Wyatt Earp from Tombstone...this was a custom job I found over at FigureRealm.  The builder made if from a Dusty Trail Toys: U.S. Marshall figure and I must say, he did a fantastic job!  Hit the jump to see some better detailed shots! 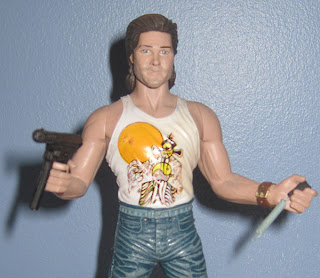 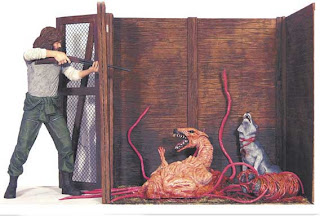 SOTA toys recreates this awesome (albeit gruesome as hell)  scene from John Carpenter's "the Thing" where we have  R.J.  MacReady witnessing the fate of the poor dogs in the kennel.   Additional MacReady figures have been produced as well and I can't really wonder why since terrific movies warrant multiple terrific figures. 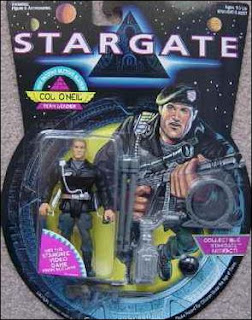 Col. Jack O'Neil from Hasbro's Stargate line...eh...woulda looked way better in his BDU's from the movie instead of looking like a Philadelphia Highway Patrolman... gotta love the accessory-centric figures of the 90's. 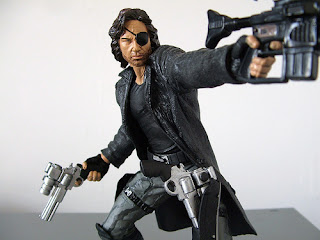 Snake Plissken from McFarlane's movie maniacs series...decent representation although I think this figure looks way more like Desmond from Lost, anyone else agree? 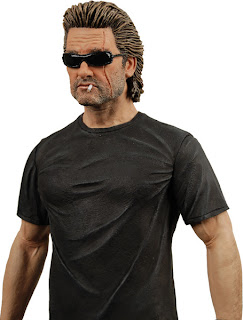 Hands down best version of Russell you can buy in my opinion.  This figure depict none other than the insane Stuntman Mike from Death Proof produced by NECA toys' Cult Classics line.  Nope, that's not a still shot of Kurt, it's his toy. 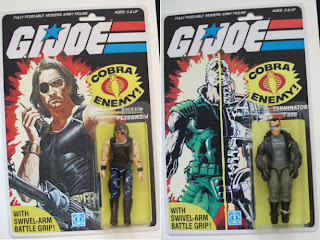 Finally, we'll wrap it up with a custom figure I found when I was poking about  and saw that the source came from our very own League Captain at Cool and Collected with the G.I. Joe edition of Snake Plissken working for Cobra: the Enemy!  Check this page out to see the coolest that never were.  I'd buy that for a dollar! (or 50, haha)  This is why we take assignments from you, Brian.

Here's are some links to see how other corners of the League tackled this subject.

TJ at Geek til it Hurts has got a top 5, Brother Midnight at Green Plastic Squirt Gun has got a top 10... Lists are awesome, can't argue with that.

Claymation Werewolf says Mr. Russell's on a boat...he sure is.