So much catching up! So much coming up! 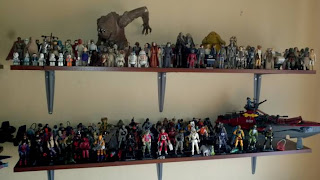 One corner of the room which has since been updated

Since I've just recently moved into bigger digs to start the married life which is great (both of these things) I've just now began revitalizing my hobby of toy collecting which has long been placed on moratorium due to living quarters restraints.  That said, I have to do a lot of back collecting on lines I've missed out on as well as gearing up to grab stuff while it's on the actual store shelves. This is not as easy as it sounds since Toys R Us and Wal-Mart restock their items once a decade if they get new items at all.  (side note: I've stopped at TRU on a weekly basis since August and only have ever had one time where I've gotten anything  and I'm yet to see a single figure from the last 2 waves of original trilogy guys, thank you for the three Phantom Menace and Clone Wars lines we now have clogging those racks for a quarter of the year...honestly, how many Qui-Gon Jinns or Naboo guards can you possibly need on a rack?)   Wal-Mart can be pleasantly surprising since I've been able to randomly find most of my store-bought Vintage Collection figures as well as my 30th anniversary GI Joe guys.  I was able, after many, many months, to find Ponda Baba, Echo Base Hoth Soldier and Lando Sandstorm figures and these were all lucky Wal-Mart finds which can be seen below. 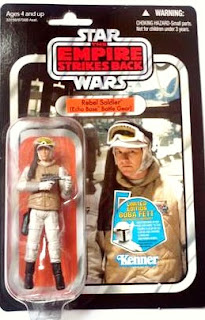 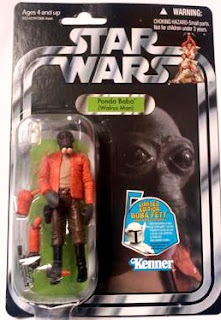 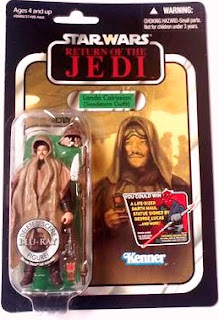 Anyway, I'm constantly challenged with the task of arranging and rearranging the small room I'm working out of due to the ever changing size of my collection which is pretty remarkable since it started as one single shelf on the wall.  I'm sure that's how it starts for a lot of us.  These next couple of months, particularly May and September, are going to be tough considering the Star Wars vintage line is finally coming back with some great additions like Luke in Hoth Gear, Grand Moff Tarkin, Kithaba, Imperial Naval Trooper and Dr Evazan and a ton of Fall releases like the Emperor's guard, Nien Numb, Weequay and Nikto as well as re-releasing some of the super hard to get guys from previous waves like the Gamorrean Guard and Wedge Antilles.  Not only that but we have two brand new lines hitting the shelves come September in the newly announced Takara remakes of the Battle Beasts (named Beast Saga) on top of the previously announced Diamond Select Minimate Battle Beasts to coincide with the upcoming IDW comics!!!  Also, (old news) there's a rehash of the classic Ninja Turtles in an 8 figure first wave and they look absolutely fabulous as well a great rendition of the Party Wagon and Sewer Playset coming this Fall.  The Turtles and Takara Beasts are all up for pre-order on BigBadToyStore and I'm doing everything in my power to not impulse reserve anything let along everything.
﻿ 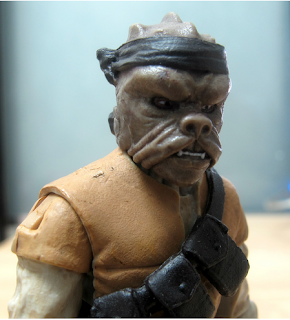 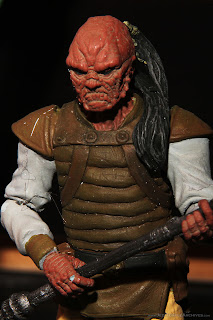 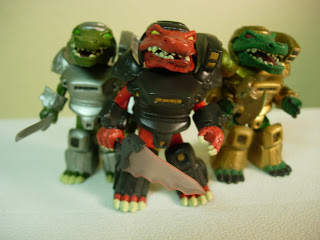 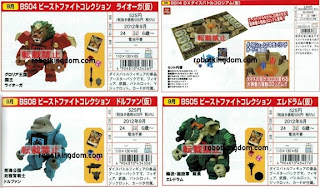 Battle Beasts, where you been all my life???

At least nothing that must-have is charted for release in the video game world it seems besides Bioshock: Infinite  however we just had a Shigeru Miyamoto announcement of apparently a new New Super Mario Bros game too.  Speaking of which, Fez came out this week for X-live arcade  and I managed to play a few minutes of the demo last night and it shows some very nice promise.  It's a good time to be an indoor kid.  I just wished I had this space to work with even up to a year ago so I could have bought the Transformers: Generations of first waves of Modern Joes at retail instead of getting everything on the much pricier after-market.  I keep finding myself looking into the other various collections like Hasbro's Bucky O'Hare, NECA's Turtles,  Playmates' Dick Tracy, Kenner's Mega Force and Palisades' (since closed awesome toy company) Invader Zim figures and doing what I can not to start up yet another toy line.  Man, self-control is for suckers! 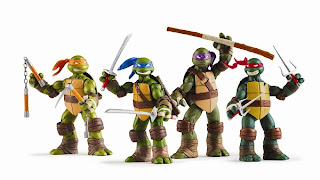 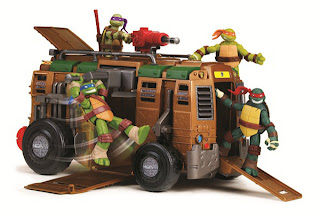 If you weren't into the Ninja Turtles before, now's a good time to start!
Posted by Mr. R at 5:52 PM