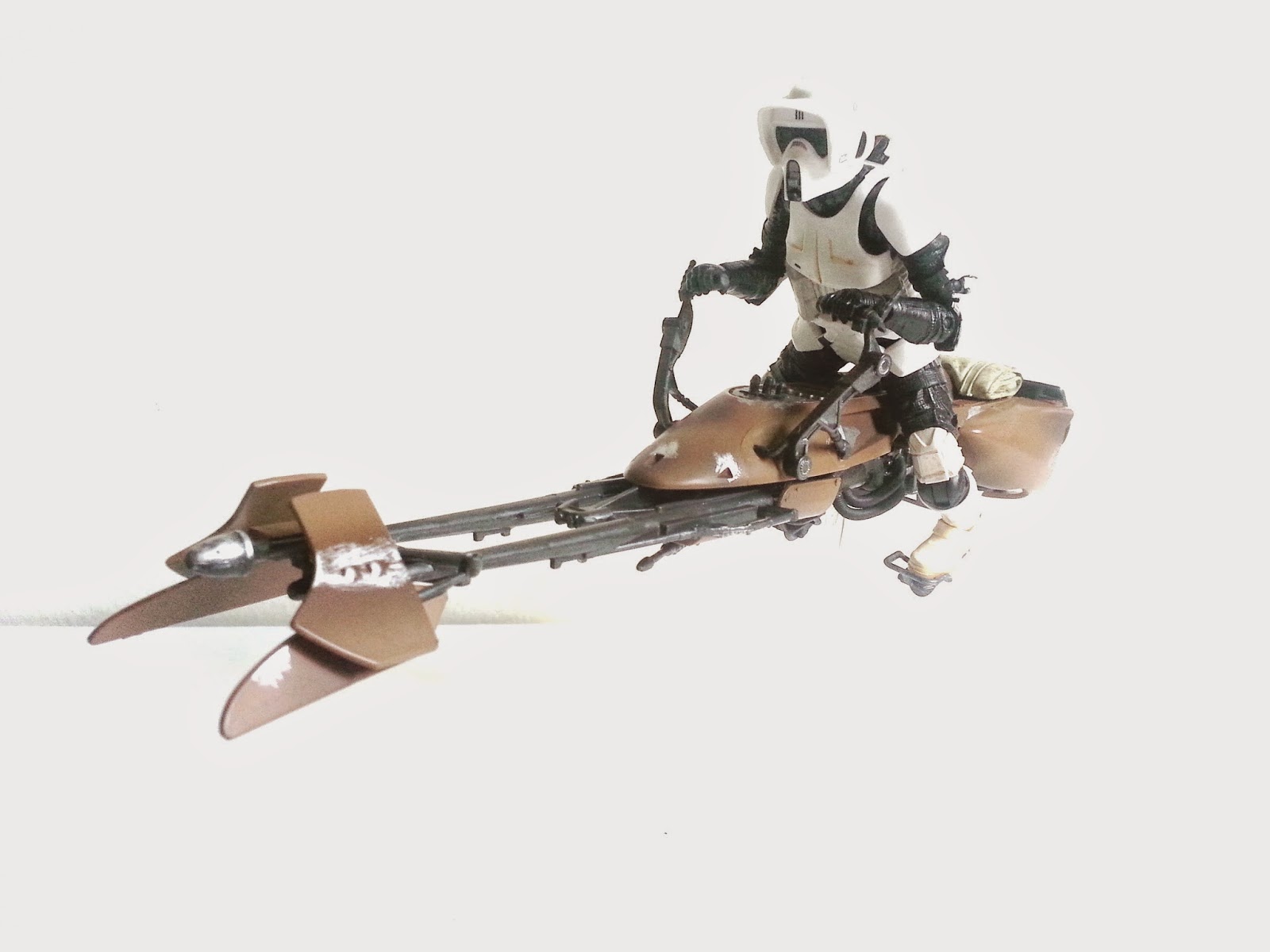 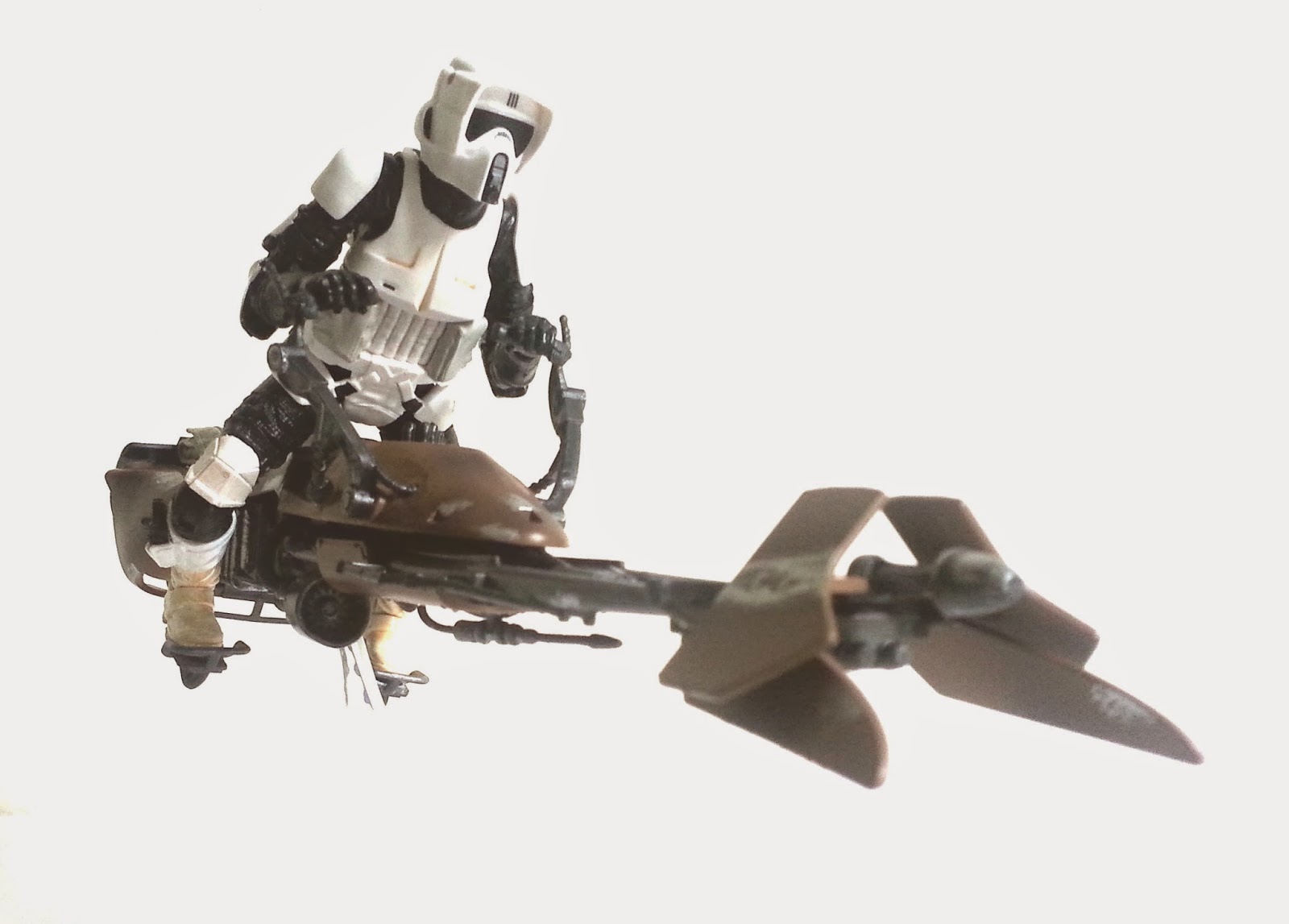 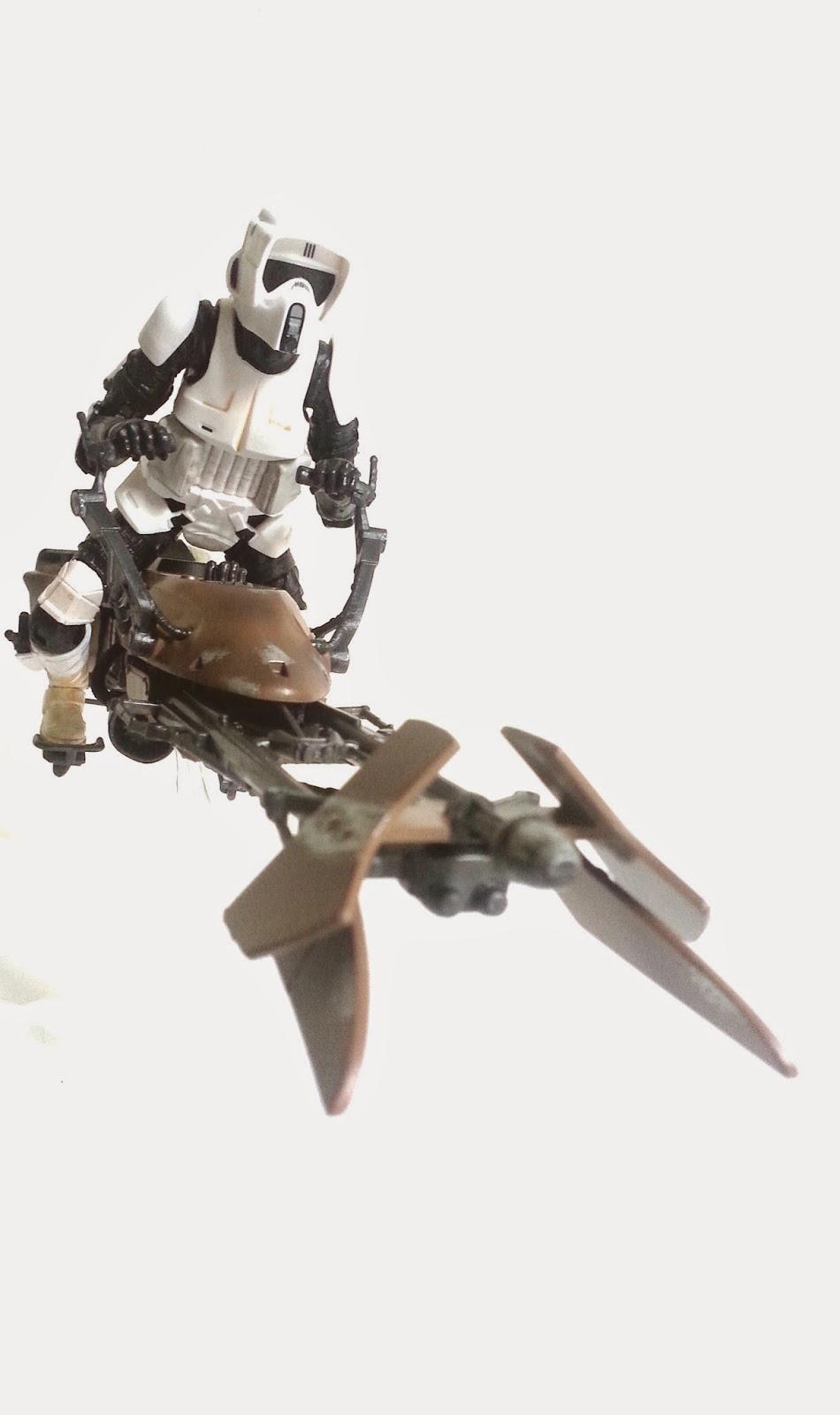 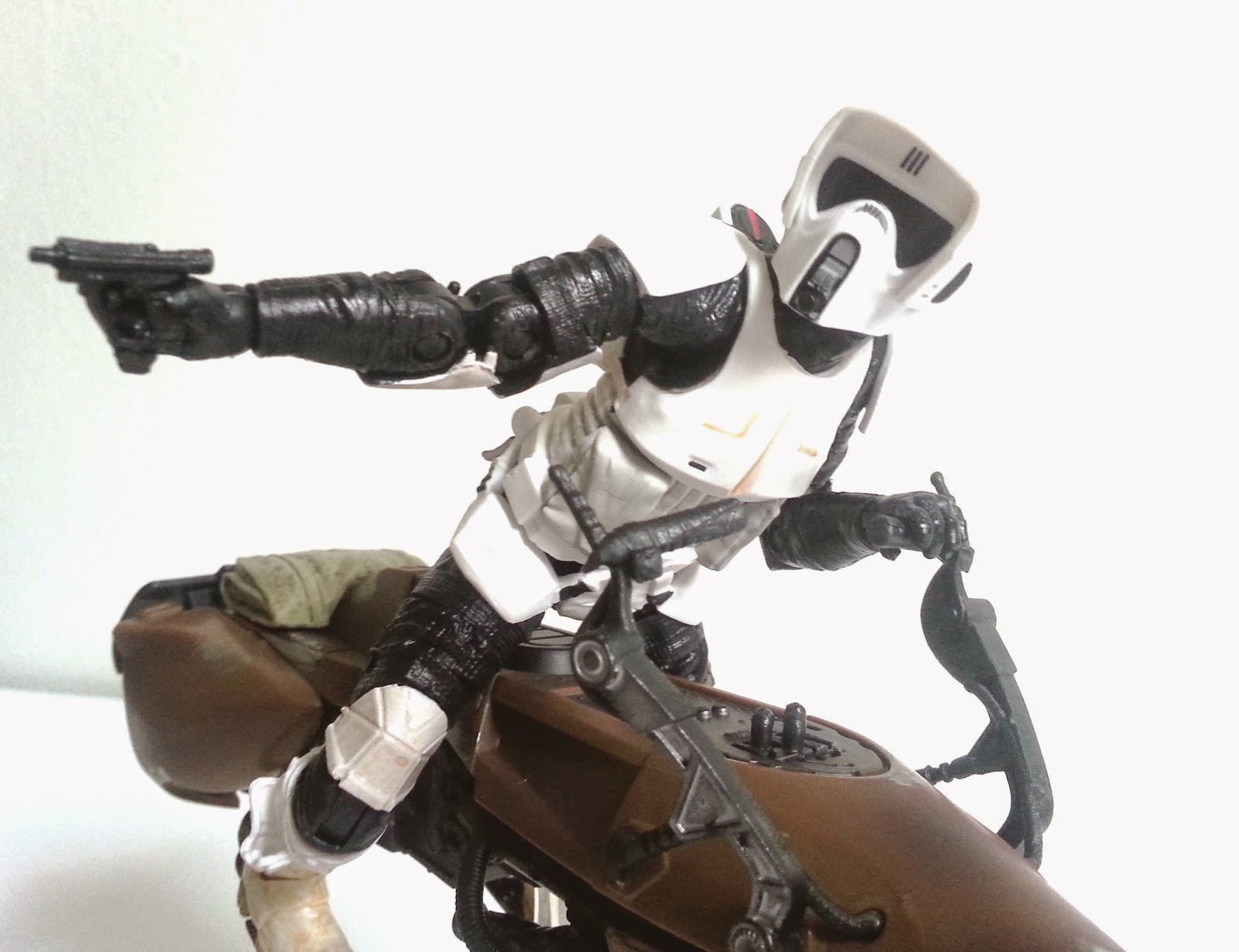 This review will be simple and to the point.  Hands down, the best Star Wars item I own.  Absolute nicest version of the Imperial Speeder Bike and Scout I've seen in any action figure format. Every detail has been hit with perfect detail, the articulation is spot on, the paint apps are great (for mine) and there's honestly nothing closer to a perfect figure.  I cannot tell you how happy I am to look at this guy on my desk. 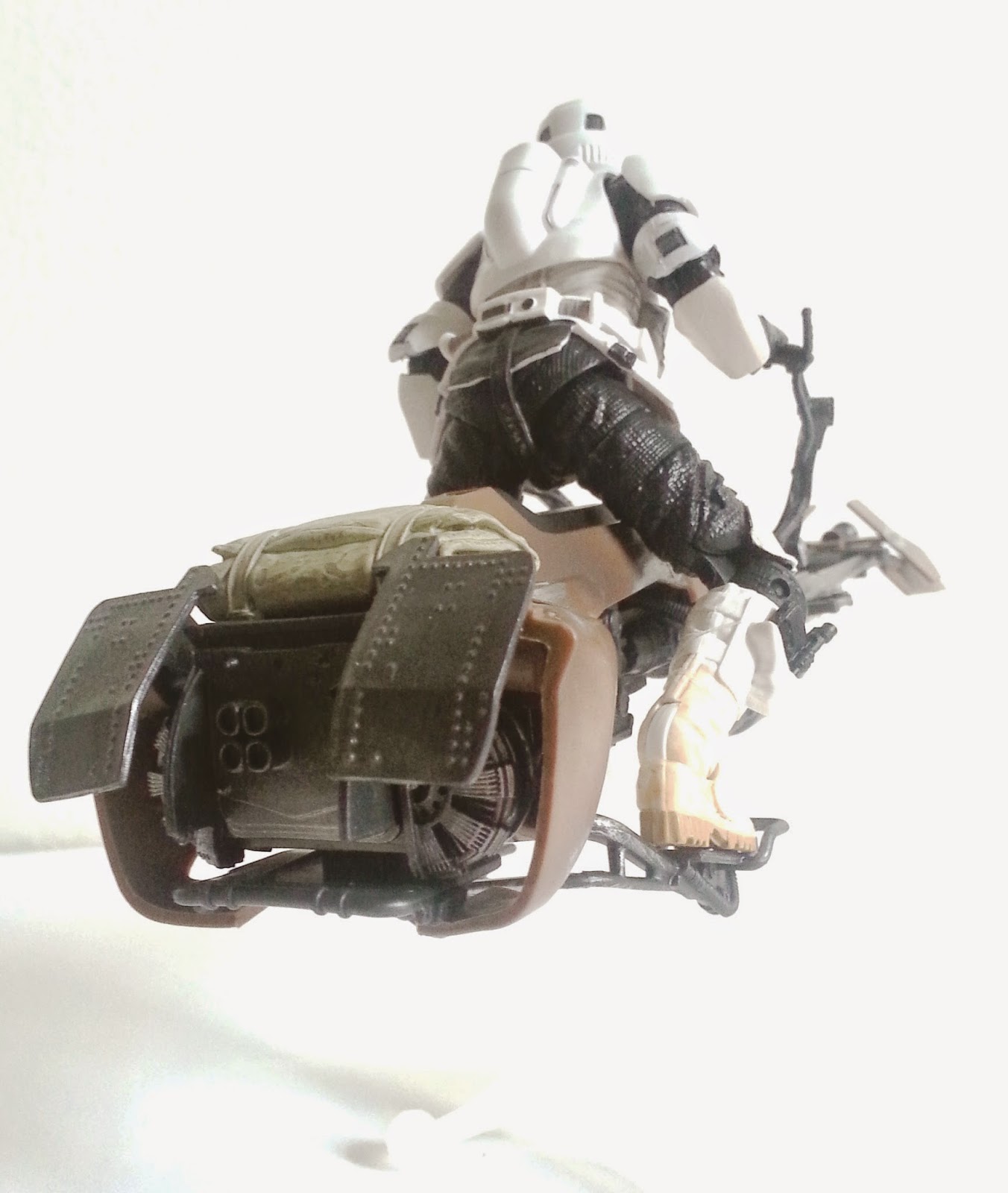 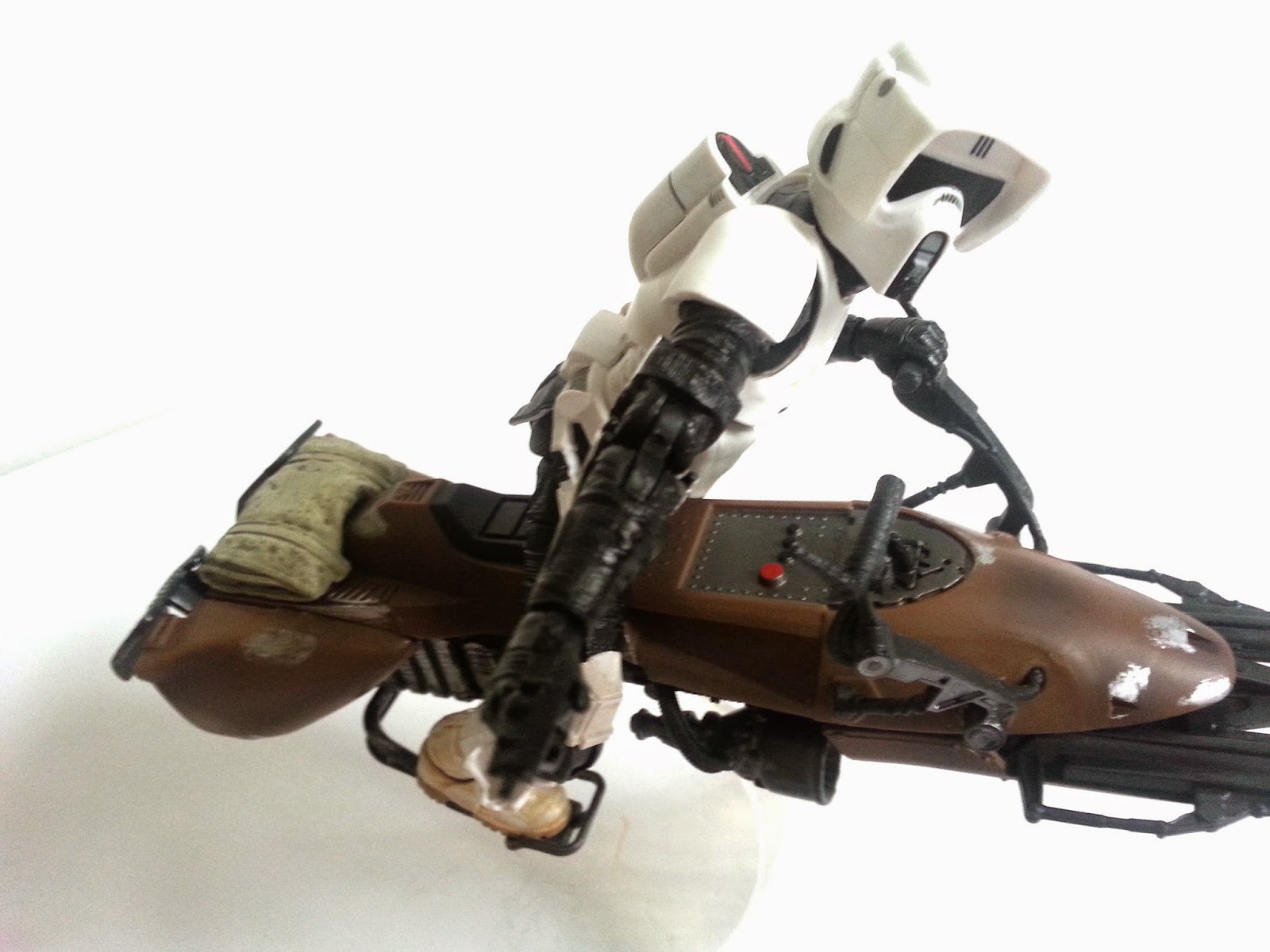 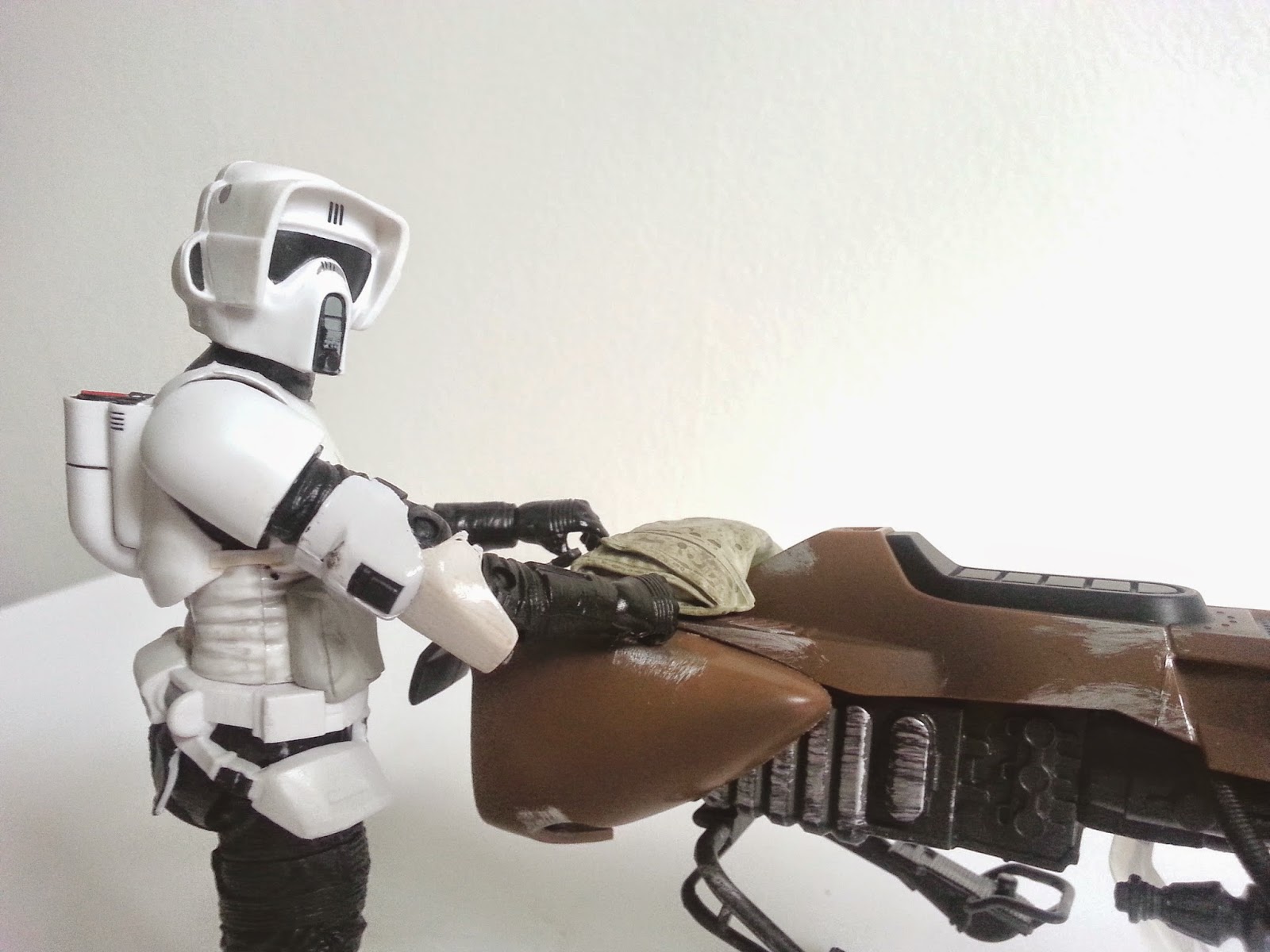 With all the good there are still some very small gripes particularly with the bike.  Wish the handlebars and foot pedals could move and the shifter handlebar switches could adjust as well as the controls on the paneling.  Strange they didn't mold separate break line cables separate from the handlebars instead of into them like they decided.   It would have been a great touch for the cover/poncho to be removable or God-willing it to be a soft goods item and  I noticed the exhaust flaps only partially open which was a surprise. 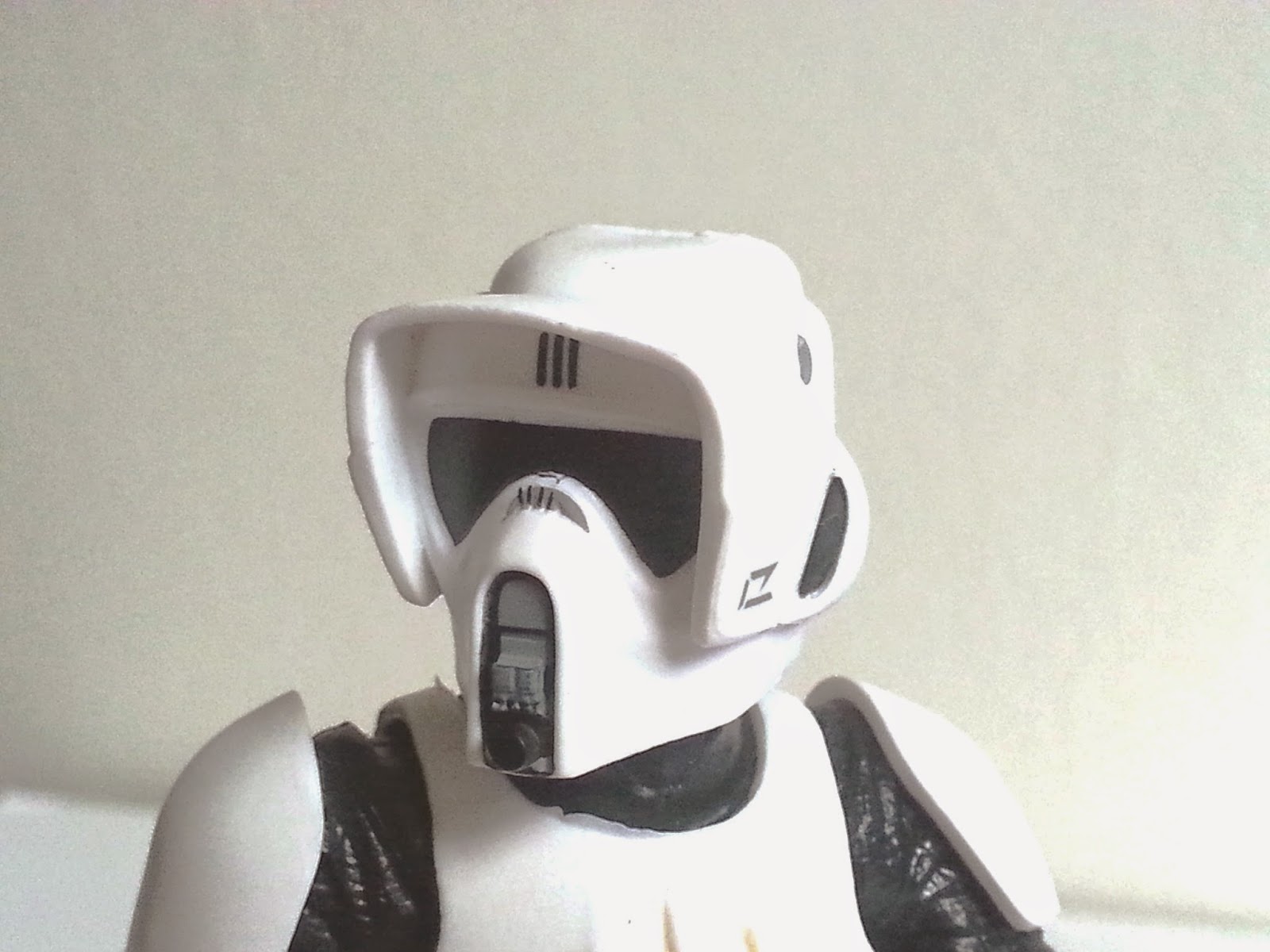 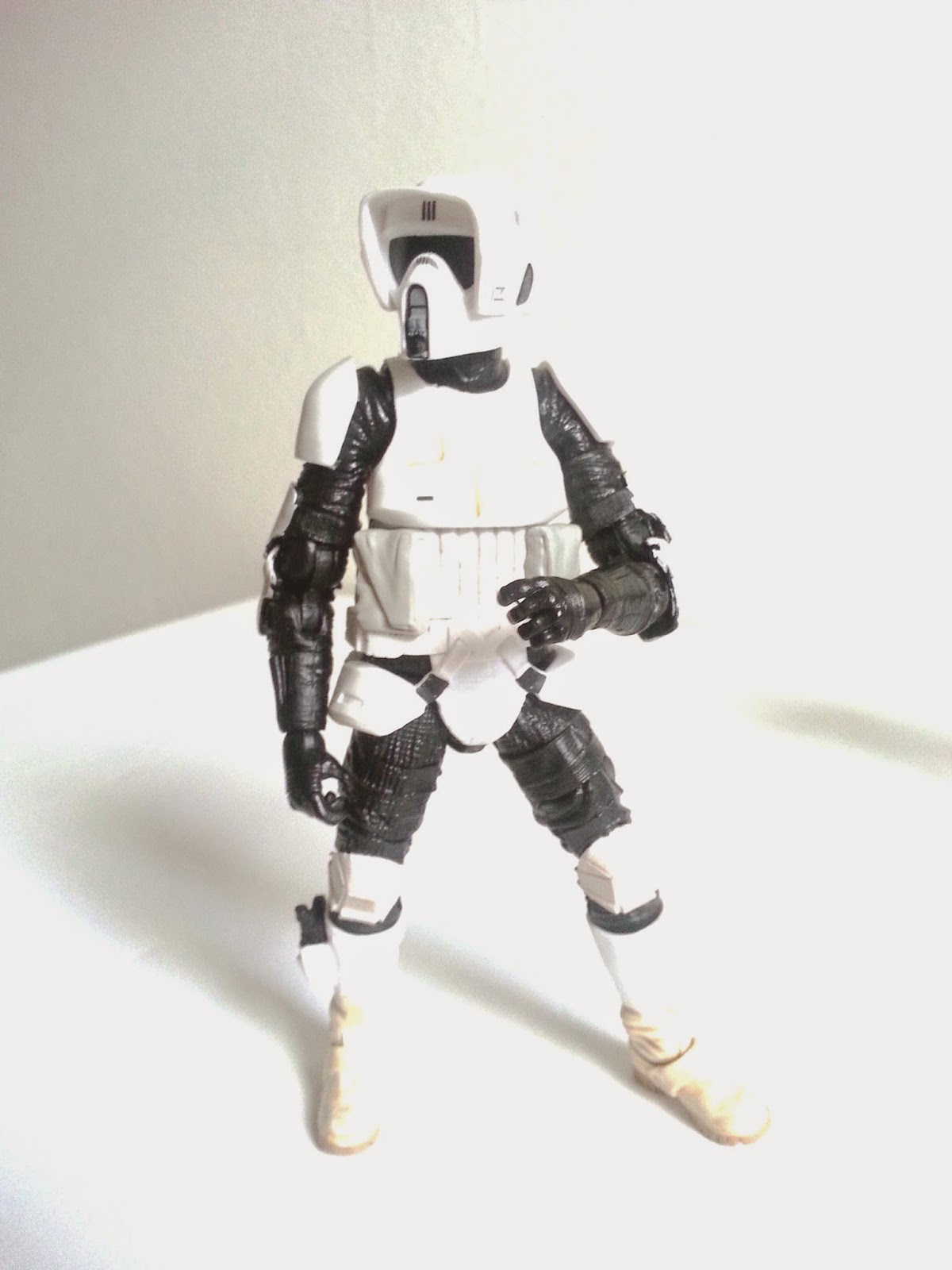 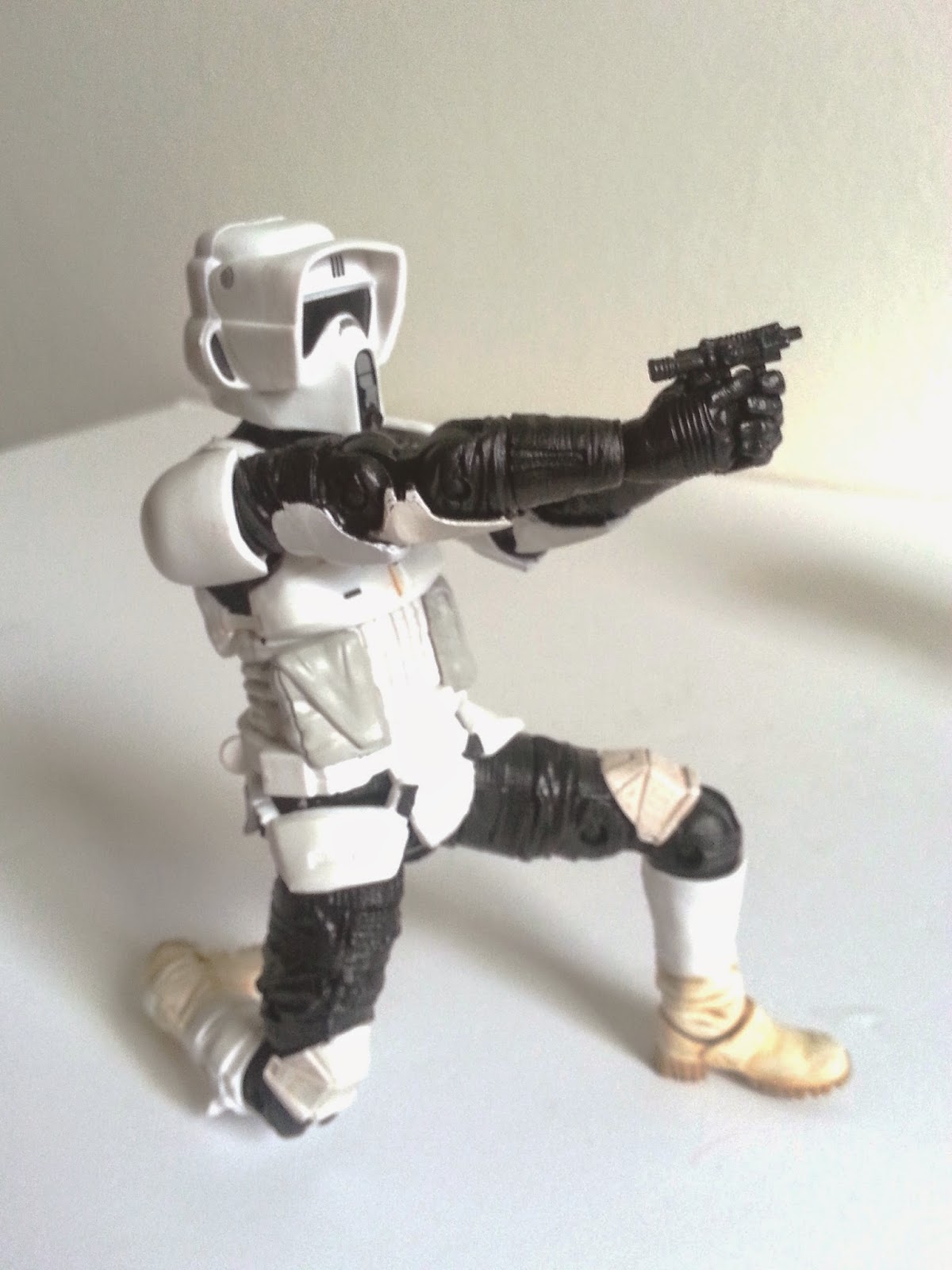 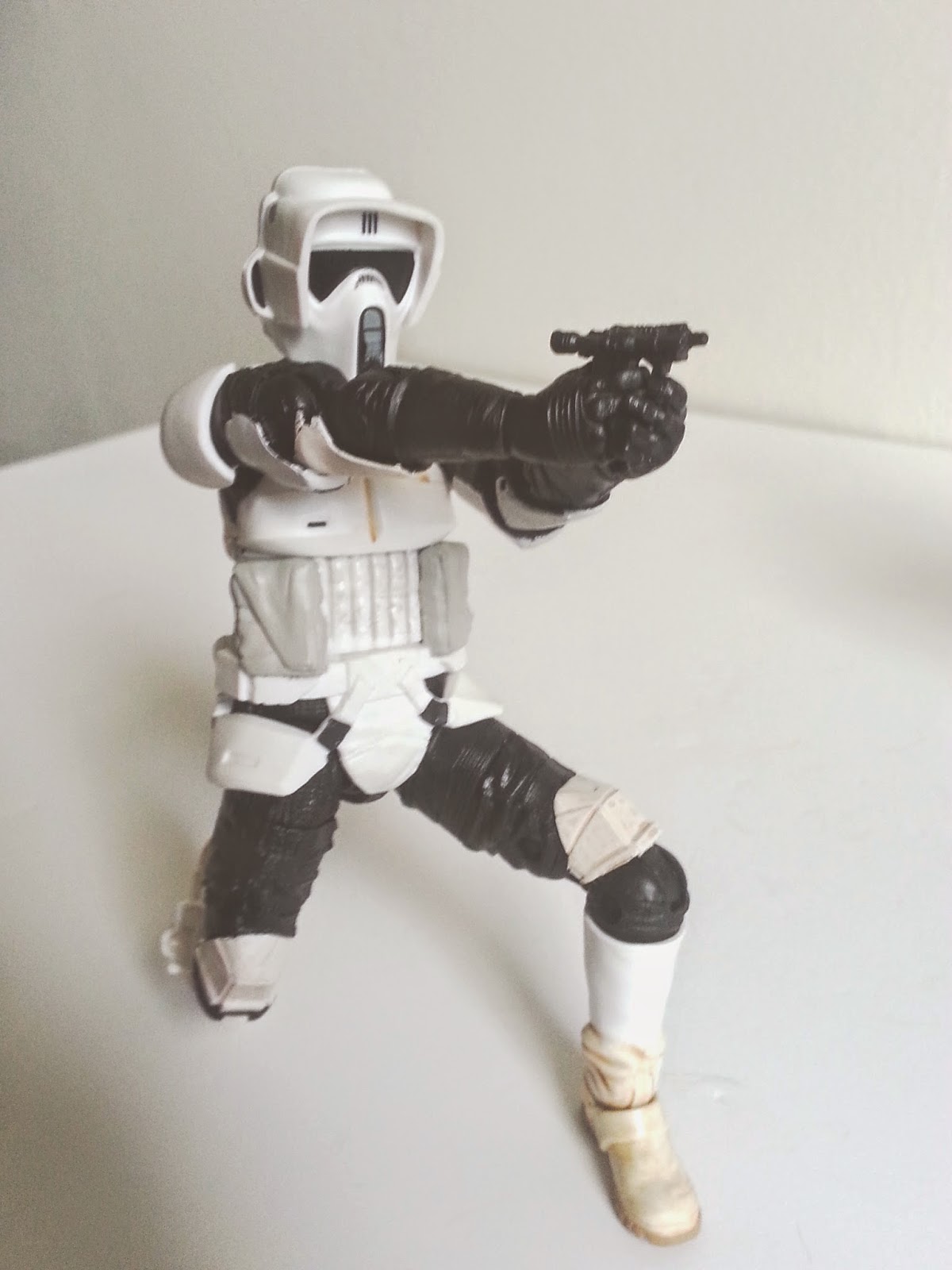 As for the Scout, I like him a lot.  Only things I'd add was a little more articulation in the waist and neck so he would be able to really hunch over those handlebars.  I also would have likes a flip up visor but that never happened in the film so they get a pass.   Now this seems like a lot of criticism but I noticed these things because I like the item so much.  They are small disappointments only because the black series touted itself to be the ultimate in detail/realism yadda yadda and I feel without these features it makes this cross the realm into a stature not meant to be played with.  Even collectors like features, you know? 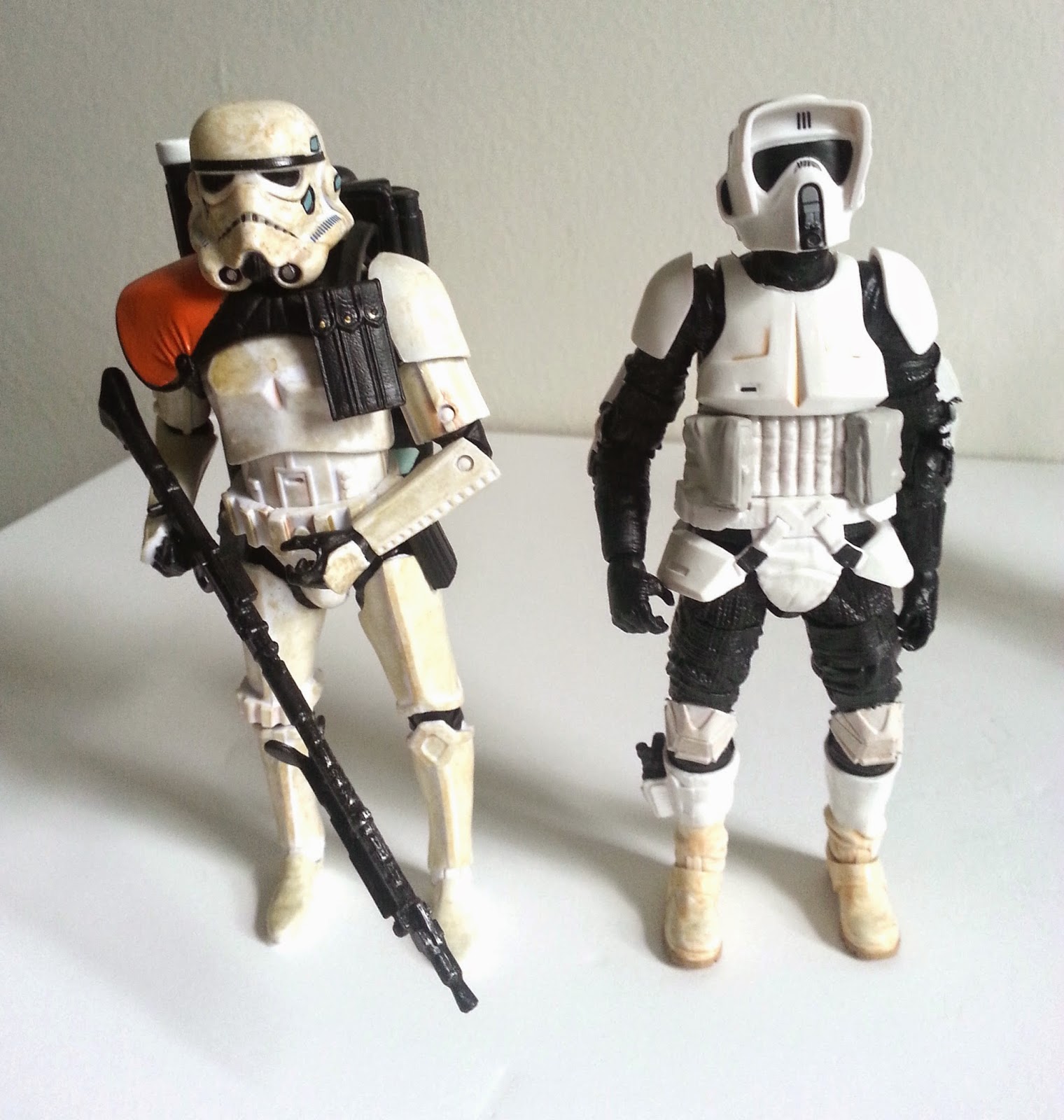 The positives though are plentiful.  This guy is super articulated and I cannot say how much I love having a Scout who can mount and dismount without looking bow-legged, awkward or goofy-waisted.  The paint on him is absolutely great with mild combat wear yet still a cleaner appearance.  The boot blaster is a great small size and way more accurate than these magnum sized weapons previous scout received in toy form.  His helmet is greatly proportioned and detailed, as well as his backpack, armor and pads.  The sculpt is great and his armor looks like armor while his pouches, boots, pads and undersuit all look like actually different maters be it vinyl, leather, mesh, plastic etc.  The bike is perfectly suited for him with nice weathering in well spotted places.  The front comes off with fine engine details on the underside and the undercarriage in general is beautiful.  The exhaust fans on the rear look superb with each rivet and bolt looking highly realistic.  The stand is sturdy and can hold him from any three of the supports.  The back flaps open slightly, the cannon rotates and the foot pedals are removable to better position the rider for posing.  Hasbro did a whole lot right with this set and I cannot wait for the Tauntaun. 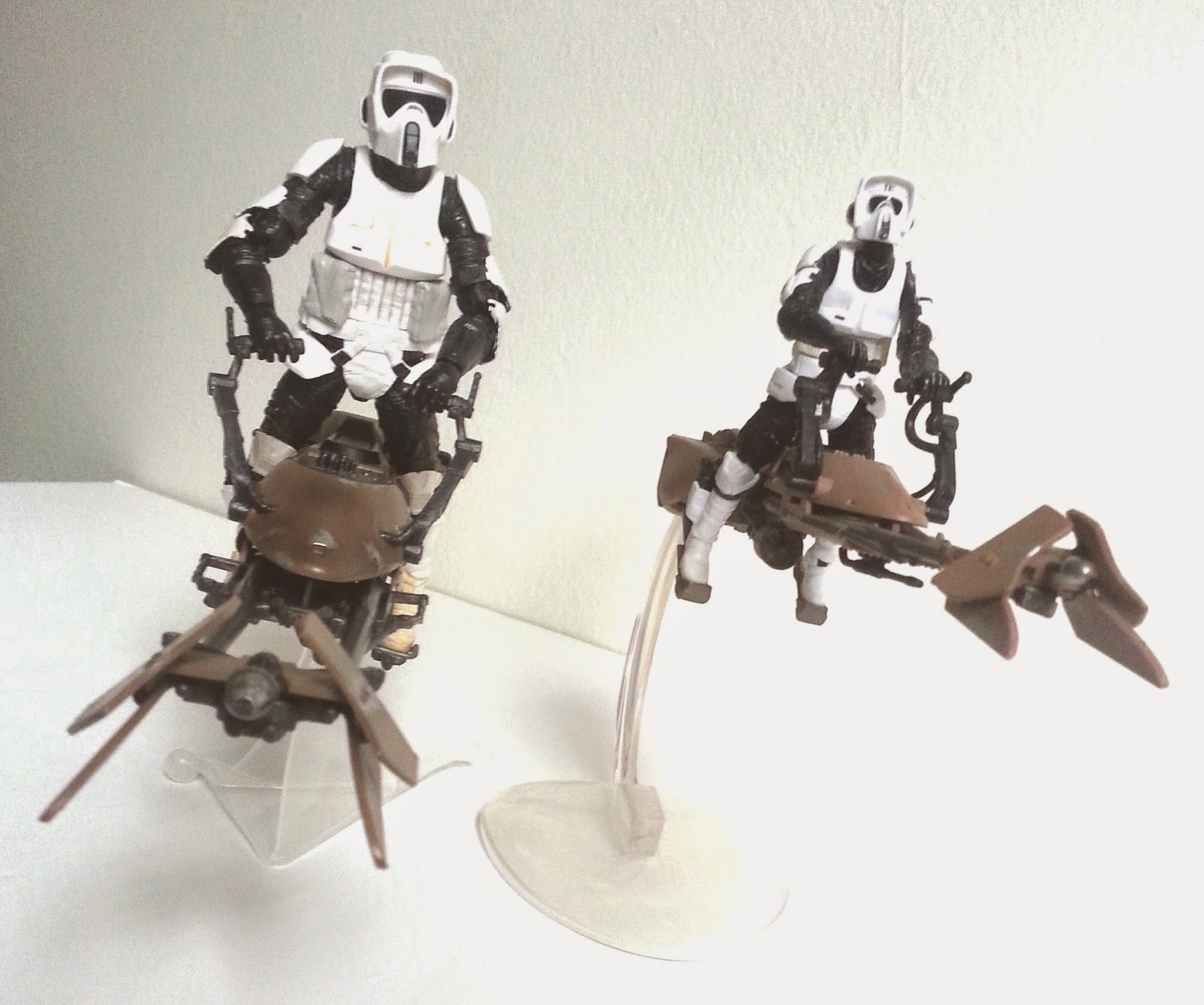 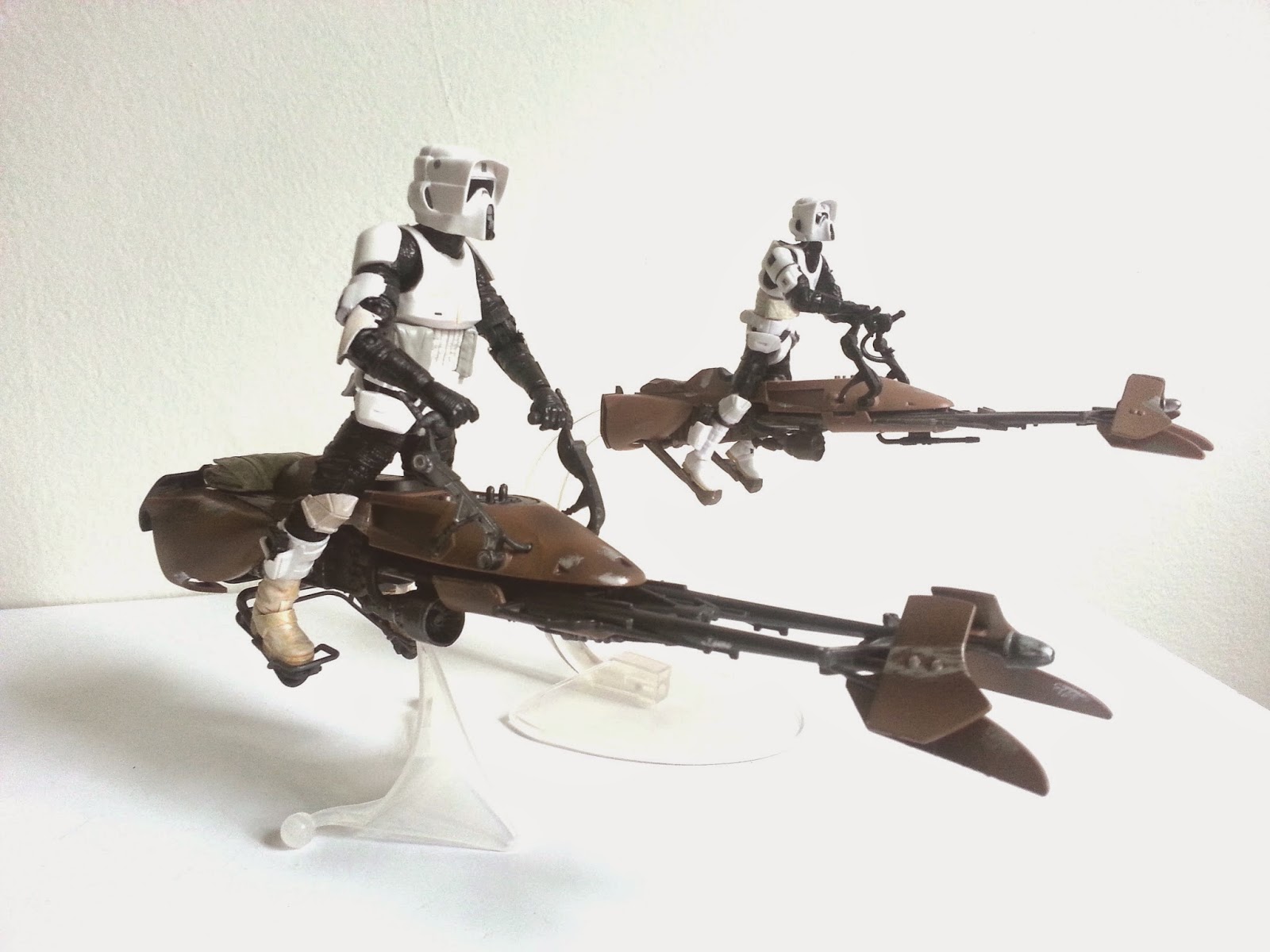