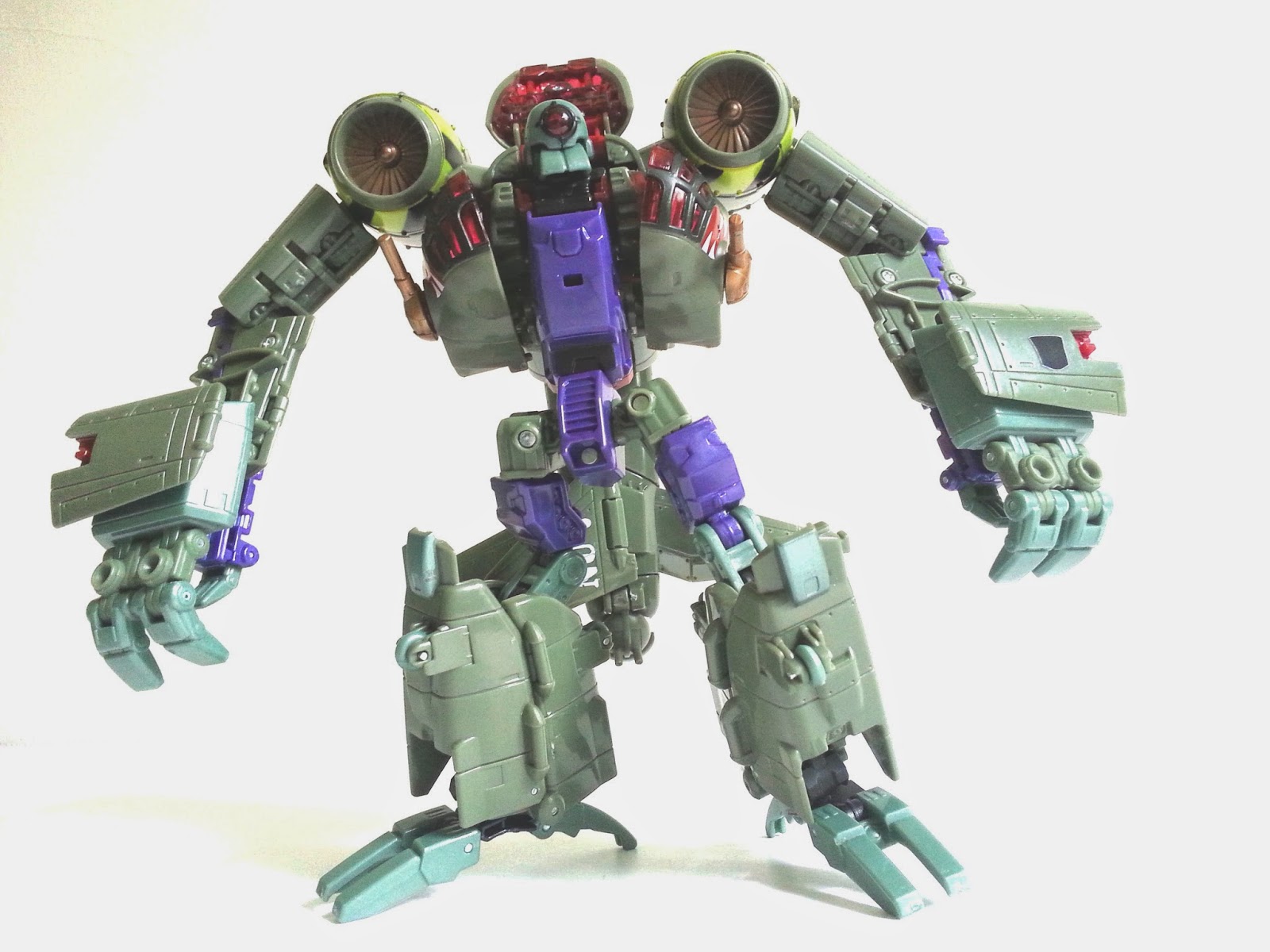 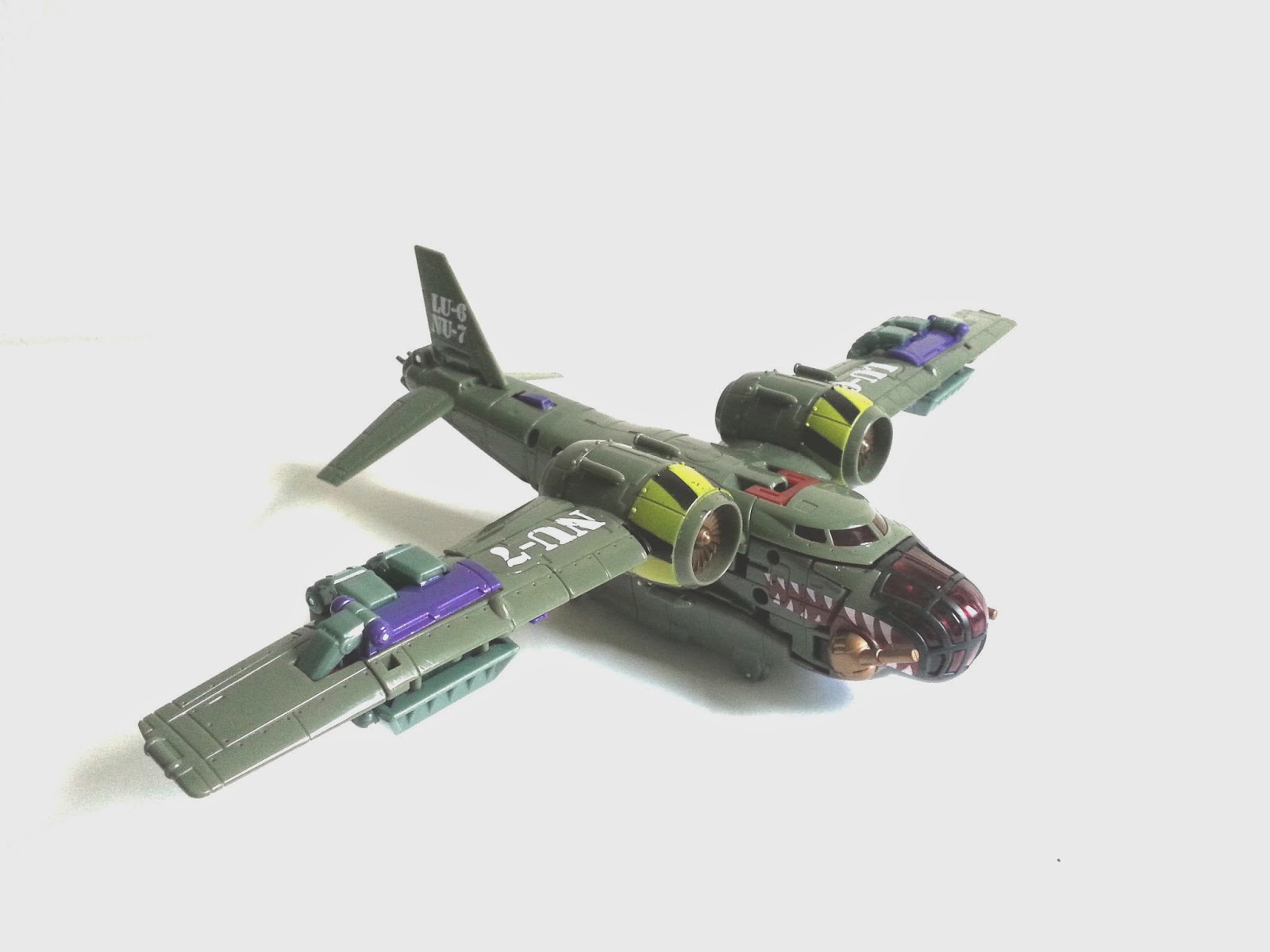 Here's a nice bit of straight up, 100 percent praise.  It goes without saying, hand's down that this is my all time favorite Transformer figure.  I hunted this guy for months and managed to score him new in box for about 35.00.  The story behind this guy's figure in general is rather disappointing considering what an absolutely awesome all around figure he truly is.   He is a pure example of someone in the design department really caring for their work and is an answer to a request most collectors didn't even know they wanted.  He is a much more fleshed out and "realistic" version of the mindlessly loyal to Megatron henchman from the Transformers: Animated Series. He's not really, to my knowledge, from any other TF canon besides the animated series so I find it remarkable that someone went ahead and gave this figure a much needed upgrade. 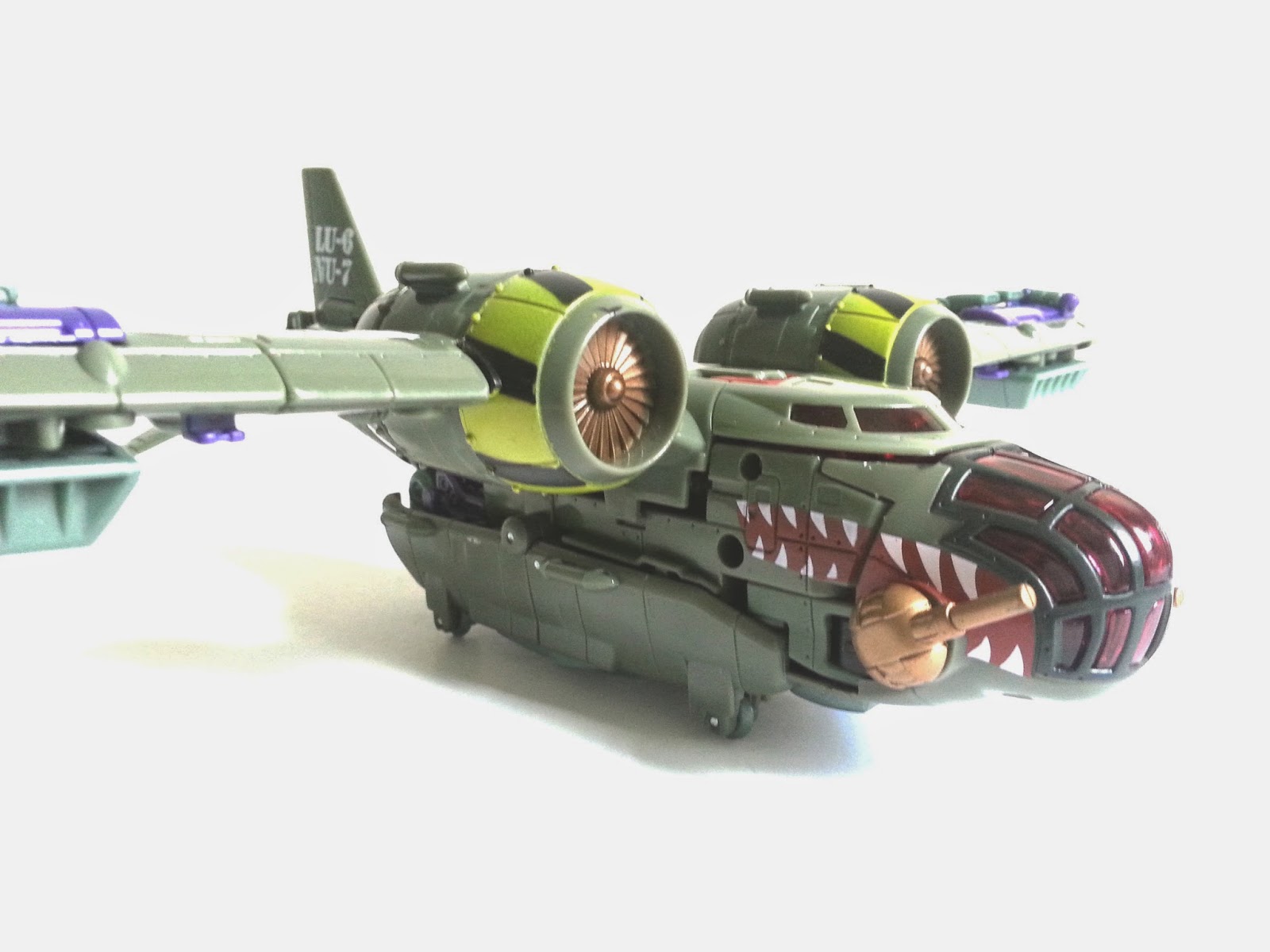 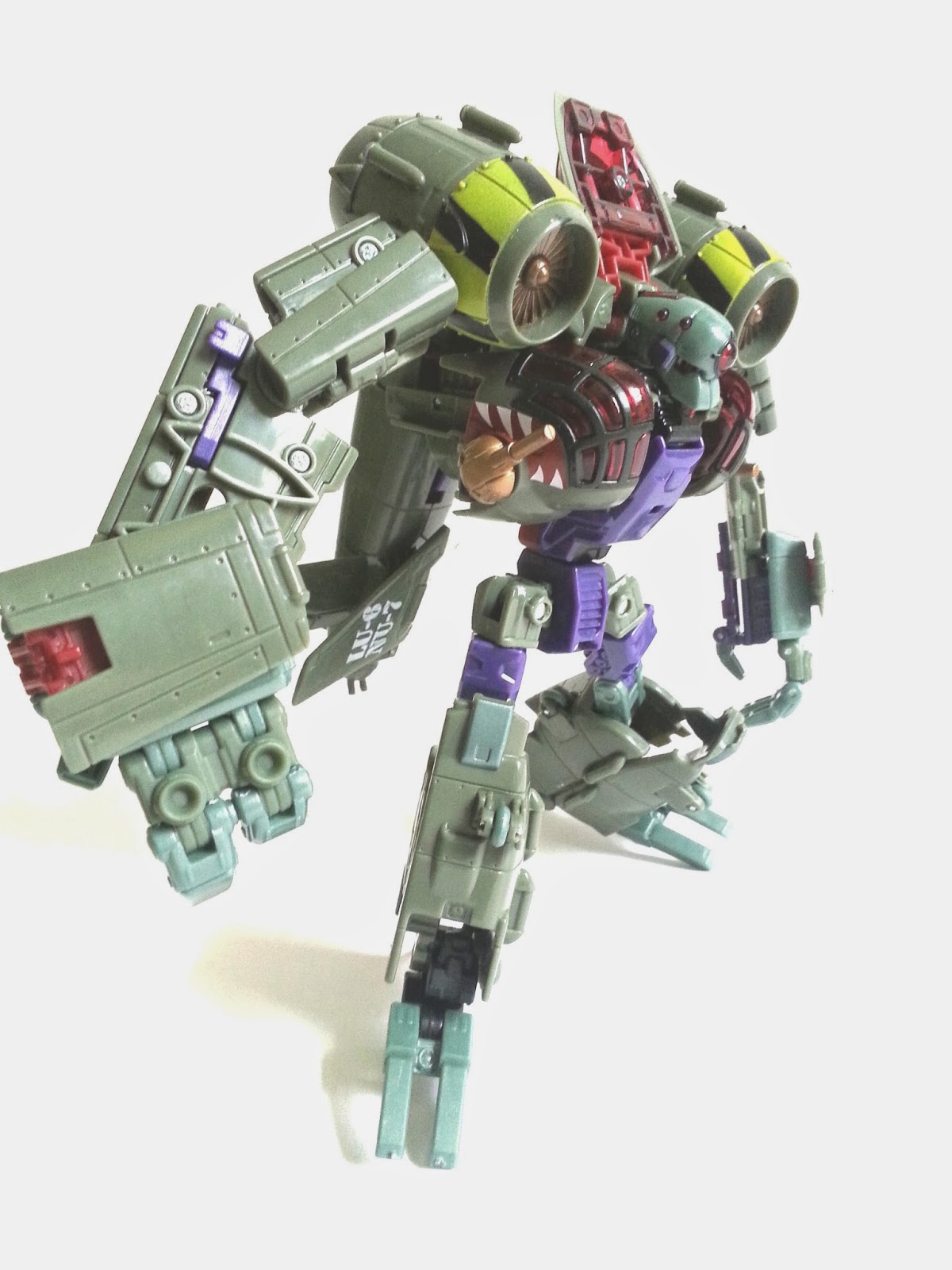 Unfortunately, for me, because this guy was a relative unknown to those who didn't watch or collect the animated line and thus his sales were poor.  So poor that most collectors who did find him ended up scoring him in the bargain clearance bins at T.J. Maxx, Marshall's and Ollie's.  (The one I got on ebay still had a 10.00 clearance sticker on him and there's a review on youtube where the seller stated the actually got him for 2 freaking dollars!!!!) While apparently everyone who was on board from the start was scooping this puppy up for literal dirt cheap prices, those of us late to the party have been paying upwards of 50 bucks on the after-ebay-market.  Yikes!   He's so worth it, I have no regrets whatsoever. 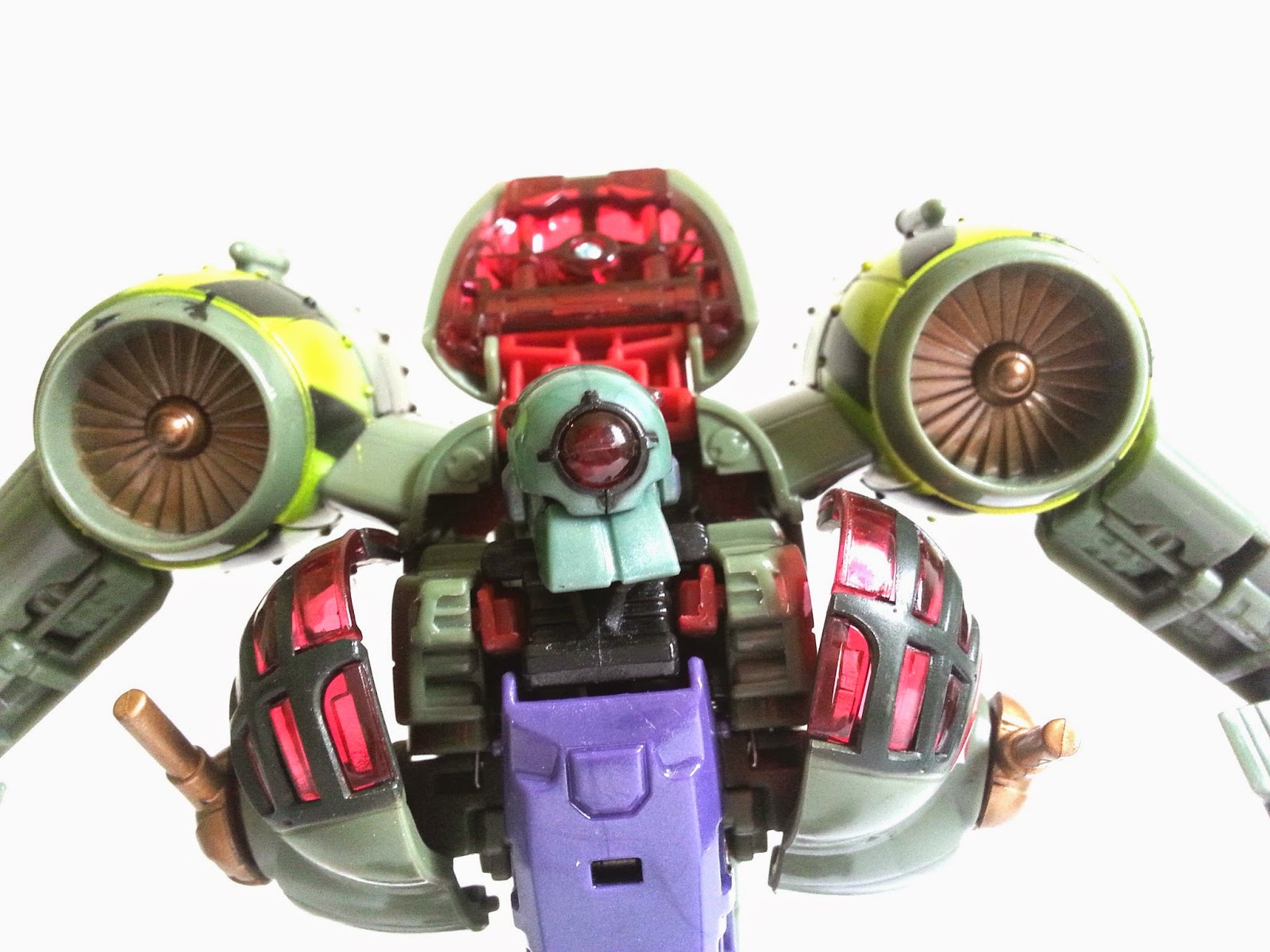 Figure-wise, he's a great sculpt that could easily fill in as a chest piece for the Combaticons as his vehicle mode is modeled after the likes of a B-17 Flying Fortress with WWII canopy and belly guns along with a nice little dual molded tail gun in the rear.  It has two wing mounted engines sans propellors and has a flip back pilots compartment and the gimmick consists of a deployable missile cannon that is hidden by the tailgunner which can be positioned down to front and fire a spring loaded missile. 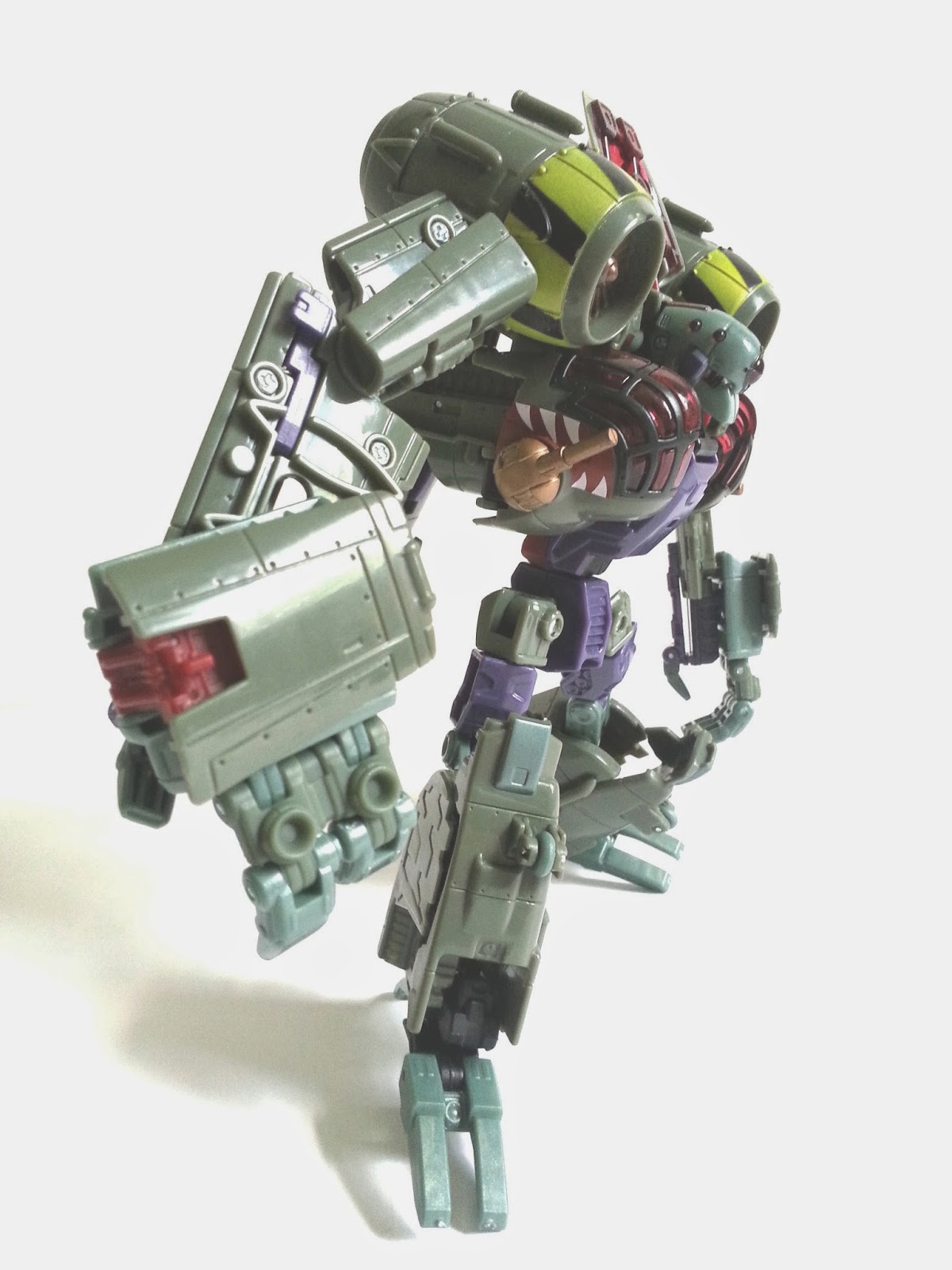 Where this guy shines is in his bot mode.  He takes everything that made the animated version cool and takes it all to the next level for the sculpt, paint, color and just hulking nature of the figure.  He is a big Lugnut to say the least. He is bulky and weighty with lumbering arms, a nice gorilla-like physique, shoulders of a bruiser with the hands down funnest transformation I've seen in a long time.  The paint is great with nice detailing on the nose art in true WWII fashion and he is a nice army green with purple highlights and read transparent plastic and I love every bit of it.  His call sign is labeled on his tail and wings with LU-6 NU-7...clever.   You can also get upgrades from reprolabels which add bomb compartment graphics, your choice of custom nose art and decals for the wings. 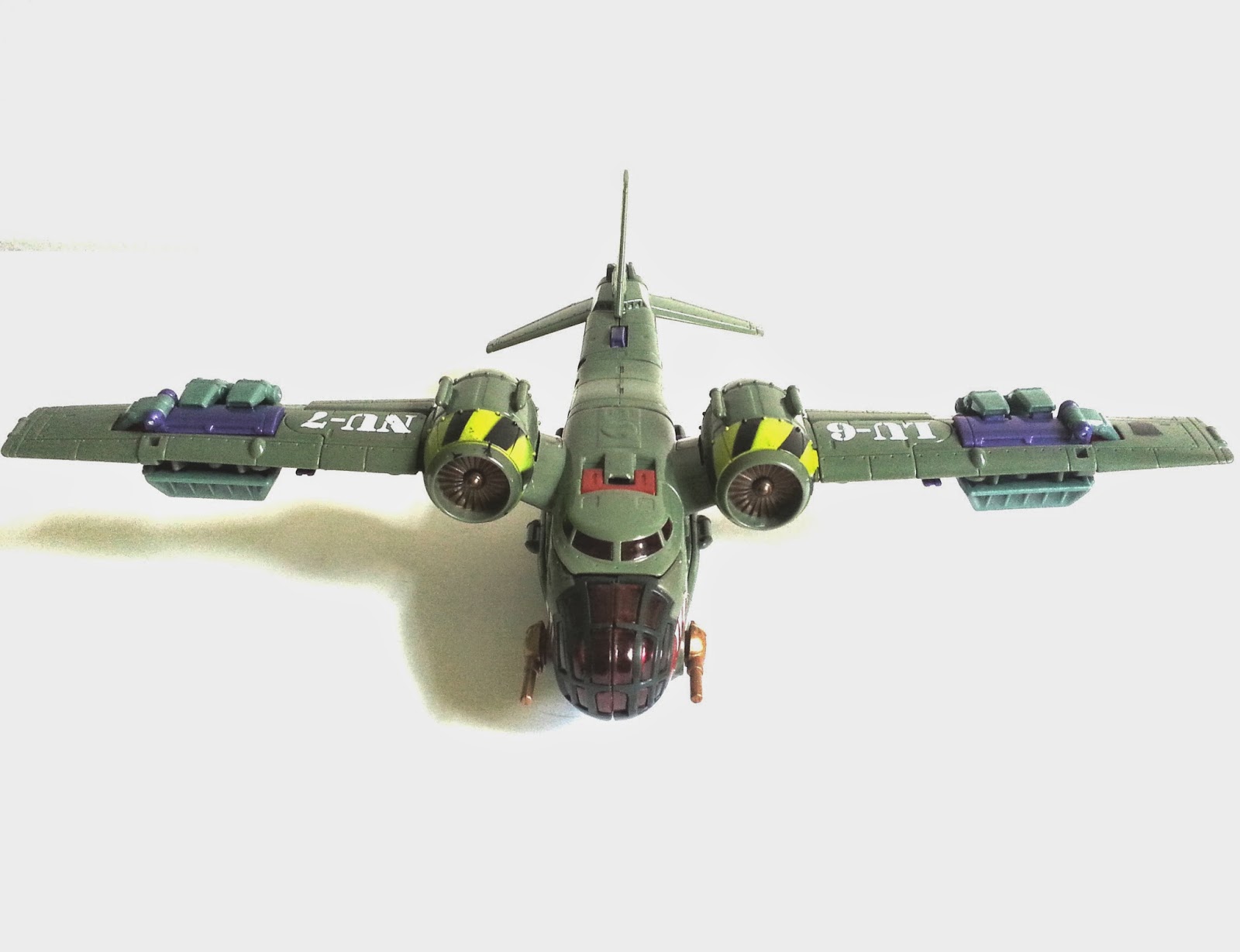 His face is centered with a monocular cycloptic eye which is teeming with personality and includes an articulated jaw with two bucktooth-like squares on the lower mandibles.  He has a lot of nice light-piping on the canopy and eyepiece and everything is ball-jointed and poseable...hell, his fingers are on their own joints which is great for a voyager figure and you can even play with his feet which are jointed between the heel and toe portions! 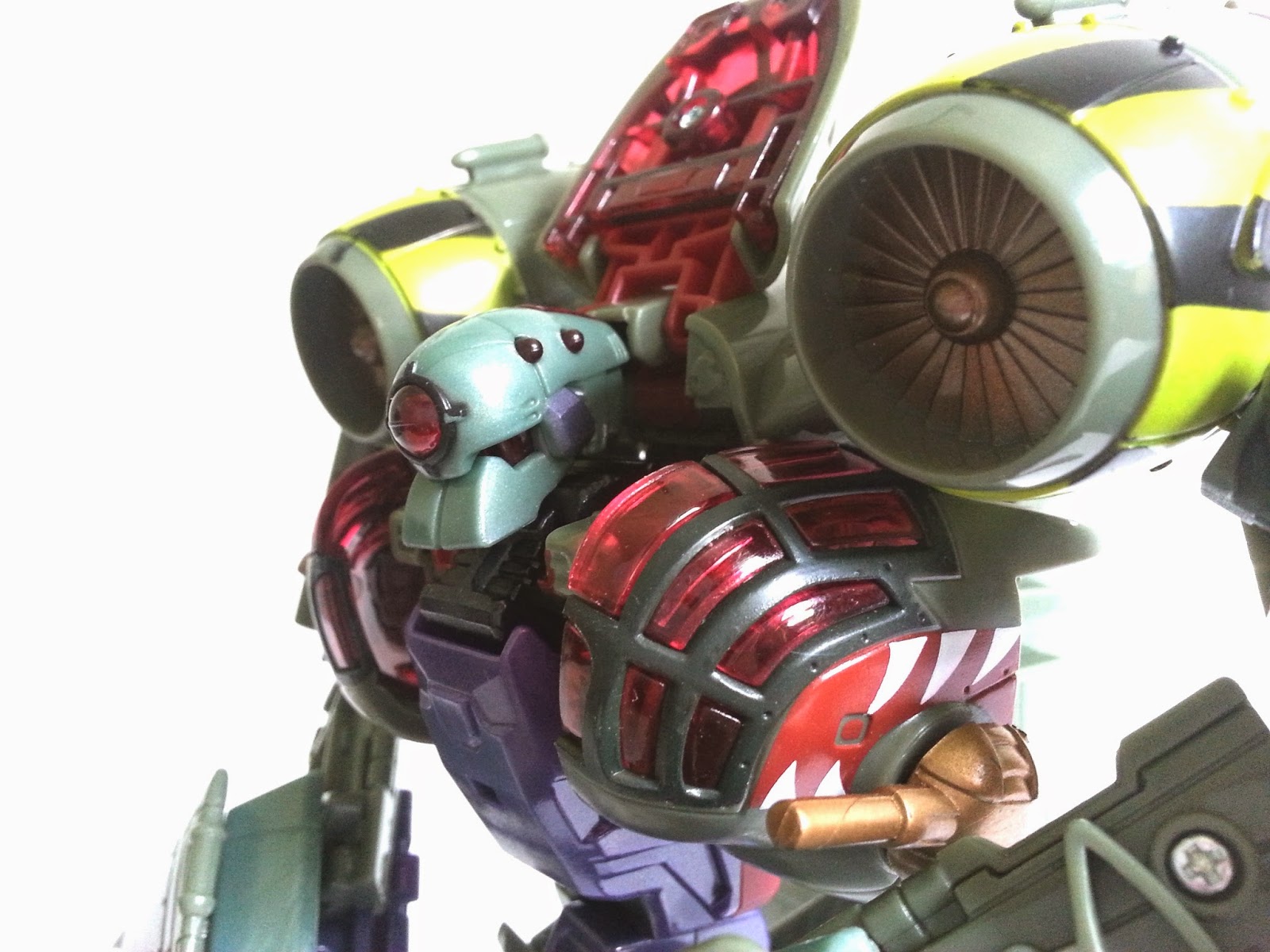 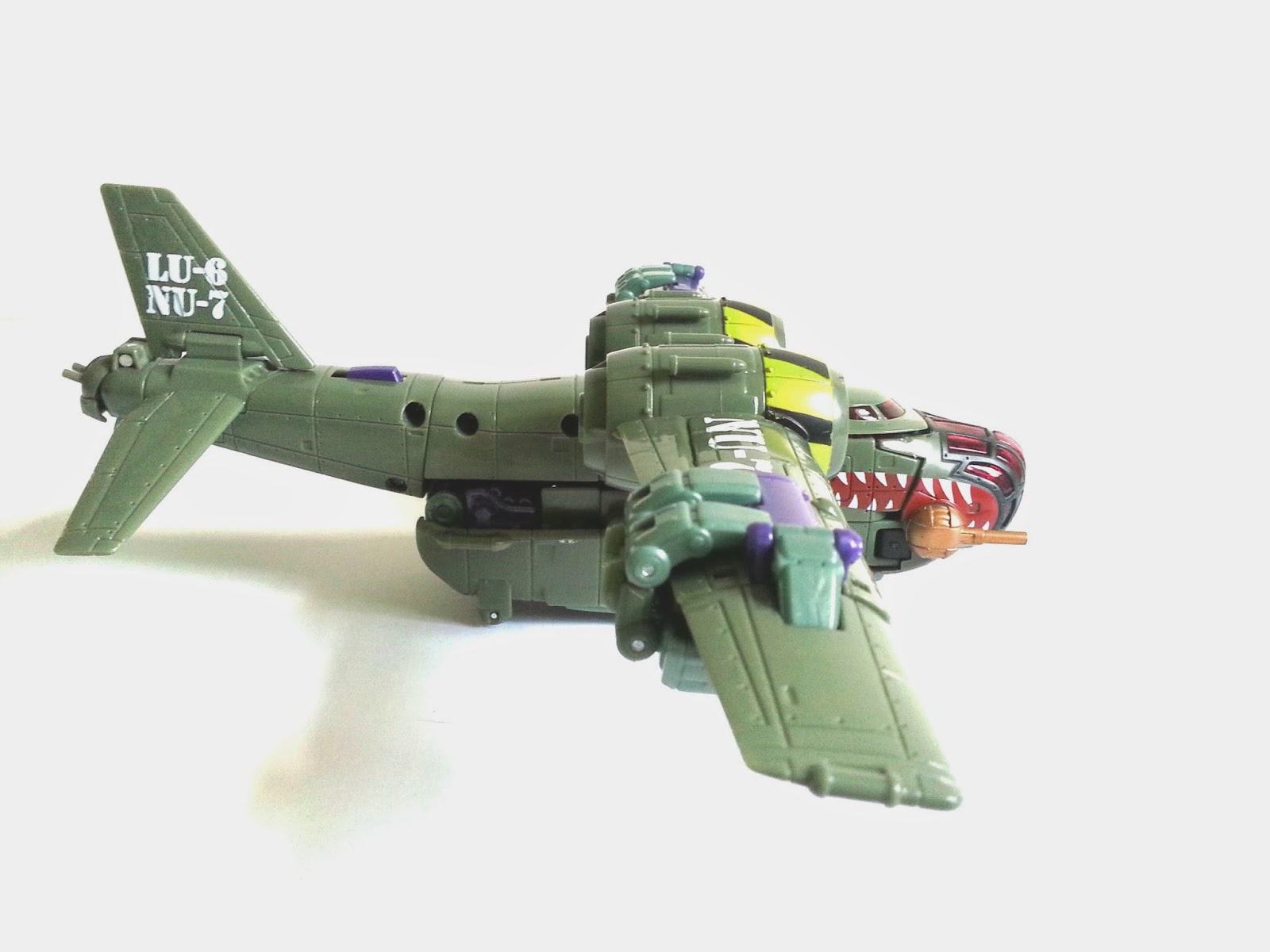