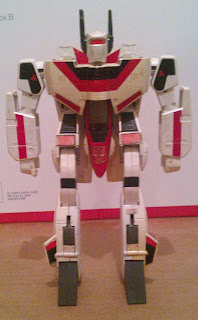 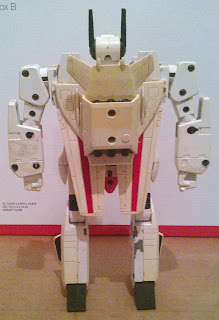 This was our figure right out of the box...pretty banged up.


My buddy and cousin-in-law John (whose G1/He-Man collection I reviewed a while back) has a birthday coming up so his wife sent me a text asking me to track down a bot for his collection.  I had a 25 dollar max which kinda limited me big time since the guys he's looking for a mostly biggies like Shockwave, Megatron, Devastator and Mirage.  Low and behold, I found an in-tact but pretty grundgy looking Jetfire/Skyfire G1 model that he's been after for a while for 27 bucks w/ free shipping.

When I said grundgy, that wasn't even the half of it.  The pictures on Ebay really didn't do it justice as to how coated in dirt and grime it was.  Stickers were sparse and all in the wrong spots. By the way, what is it with buying used on Ebay that the stickers are always diagonal and hanging off the side of whatever toy you buy?  Did these kids put them on blindfolded at age 2?  I never did this to my toys as a kid! Sheesh.

So, wanting to clean this guy up before my buddy's birthday, I want to get him brought up to snuff with some new, fresh decals.  I put an order in to tfkingdom.com for a set of Jetfire's as well as Blades and Groove for my Protectobots who showed up in the mail 2 weeks ago in less than stellar sticker condition.  Again, these stickers aren't perfect but they get the job done super cheap if you aren't in the price-range for reprolabels.com.  Once ordered I got to work on using an exact-o blade to remove the old messed up decals on the guy and to clean up the over abundance of leftover residue. 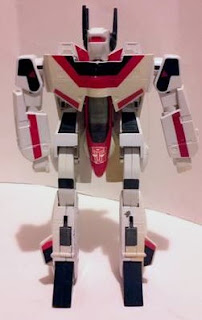 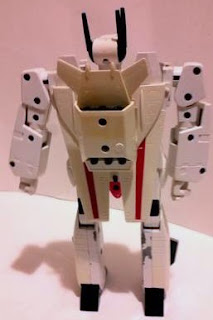 After a nice cleaning and polishing


From there, I gave him a thorough washing with hot water and grease cutting dish detergent which got a ton of the dirt in the cracks off.  A toothbrush and an cue-tip with baby oil did the trick very well.  It also was how I restored all of my Joe vehicles I bought used.  Cuts dust buildup in a flash.  Towel dried the bot and let him air out over night. 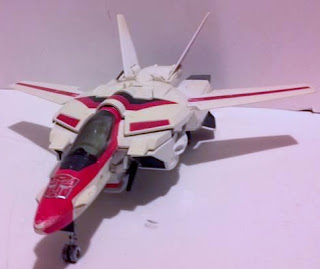 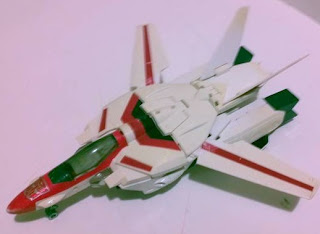 Then I moved onto detailing for the really built up muck.  I bought some Mr. Clean Magic Erasers and they worked wonders to take off the smudged paint on the aft and dorsal wings and got the heavy gritty buildup on his arms and legs as well as the scratches on the top of his head where the rub sign used to be. This drastically reduced the yellowing from sun and smoke staining however yellow was still present.  (Nothing short of dipping him in Plasti-dip or repainting him was going to get him 100%) 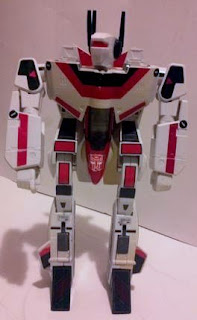 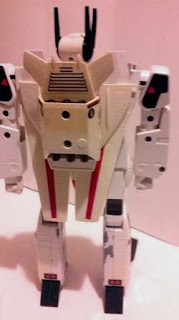 After the final cleaning and decal application, he's ready to rock! 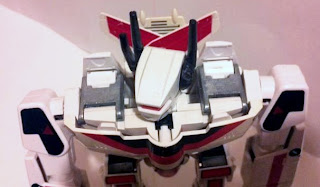 Amazing what a few stickers can do, right? 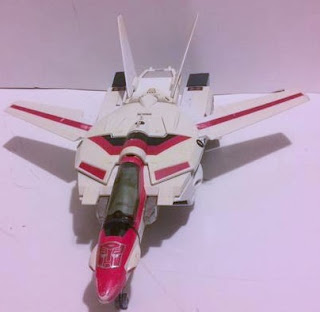 Now he was clean as he was gonna get and luckily the decals arrived.  Decals were placed on today and John's G1 Jetfire is ready to fill his missing ranks.  I hope he likes it!