Today we're taking a look at a true evolution in all forms of the particularly short-lived but immensely popular Empire Strikes Back character, General Maximilian Veers.

Originally released in 1980 under the cardback name: "AT-AT Commander" with no particular nod to the only AT_AT Hoth Commander we ever see in the film, we can only assume this commander is based on the likeness and character of General Veers, one of the only ranking officers who isn't killed by Darth Vader in the Empire Strikes Back.


Clearly this was a character whose original figure simply lacked in giving a proper treatment.  The fans knew better.  He has an extensive backstory and made it into numerous novelizations including the Clone wars, the Thrawn saga and finally meeting his untimely demise when forced to conduct a suicide mission in the Dark Empire II series where his apparent closeness to the later despised Lord Vader leads him to be demoted to the rank of Captain and to be forced to carry out the insane orders of Executor Sedriss.


﻿﻿
If you think about it, Kenner really had no love for the Imperial officer corps.  You never see an olive uniformed naval commander.  You never get a Grand Moff Tarkin (A New Hope's main villain!) or the popular characters of Admiral Piett, Admiral Motti, Moff Jerjerrod, Chief Bast, Captain Needa, or Admiral Ozzell.  I'm not looking for a swarm of officers but one or two would have been nice. Instead you get rather generic personifications of a black uniformed (ANH) commander or the likes of the above mentioned figure.  Some is better than none I suppose. 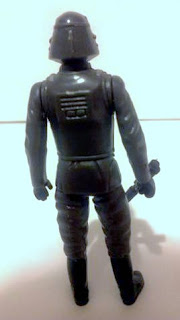 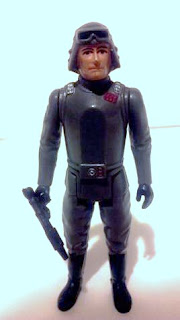 Figure wise, he's kinda bare bones basic.  Blank expression, tiny disproportionate head inside a tinier helmet with molded on goggles, armor that is also way too small with a way too dark paint job and a Bespin model blaster.  Considering the detail we see in some other ESB figures, this guy could have used more work and he seems very "cranked out" production-wise.  I never even owned him as a kid and he was a later buy to complete the set.  I'd much rather the AT-ST driver figures with the sleek jumpsuits and to scale panzer inspired helmets. 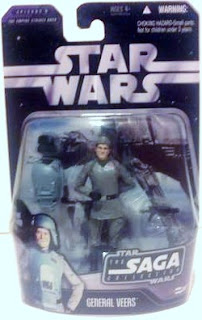 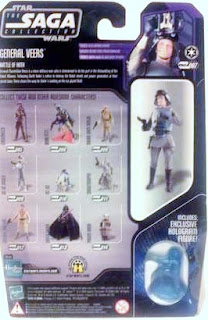 Anyway, he's done let's move on.  Luckily, Hasbro did not continue in this line.  Granted, their late 90's POTF figure was a little ridiculous as most of them were.  By 2006, they got their act together by the time the Saga edition of the properly named "General Veers" was released.  He is a great figure with some great artwork on the cardback, a nice domed bubble  and flat, sturdy bottom to display him properly on card with a great production still of the AT-AT on the attack in the background with a good shot of Julian Glover in the costume in all its glory on the forefront.  (Side note: Did you know he was also the Nazi Party member Walter Donovan in Indiana Jones and the Last Crusade, and his character was also voiced in the game "Force Commander" by Guy Siner who played a Nazi Officer on the BBC comedy "Allo, Allo!") 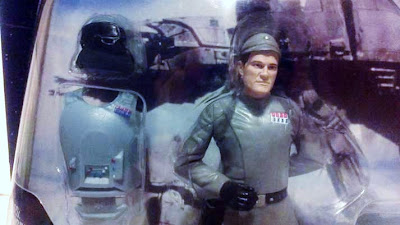 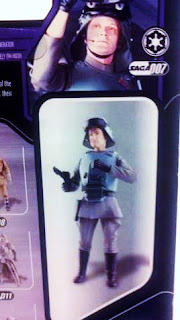 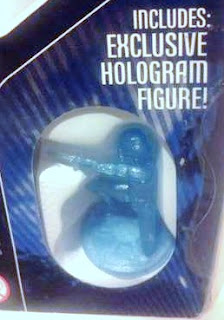 Included in this figure is a removable helmet and molded on black goggles as well as a removable breastplate.  I love this figure the most because he comes with a normal Imperial uniform and has a peaked officers cap molded onto his head so you can have him for the scenes on the Super Star Destroyer or in Vader's ready room. Also included is a nice blue holographic Veers figure which can be used for the holographic communication scenes.  Bravo, Hasbro for doing some homework and giving proper attention to the fans. 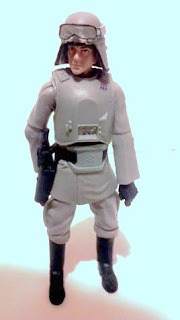 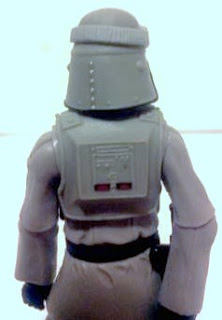 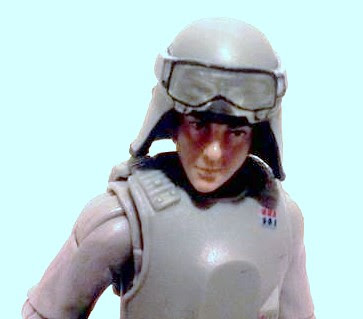 Hasbro comes back at it in the Vintage Collection Wave 1 with another incredibly hard to find figure.  Again titled "AT-AT commander" in 2010, Hasbro reverts back to making this character more generic and gives him more of a Captain Needa looking face with a pointed chin and younger facade.  The early 2006 Saga figure looks way more like Julian Glover.  Then again, this figure may have been intentionally made to look generic as to promote buying multiple figures to command multiple AT-AT's...hell you could always switch heads with a clone trooper and make him a clone AT-AT commander since the helmet and armor is again removable.  (Great touch, can't say that enough). He has more ball jointed (16 points of articulation) features than his 2006 counterpart (I think 5 or 6),  In the painting department, he is well painted but I feel not a single figure nailed the true colors based on the promotional shots. In the classic shot, he has a very light uniform and a darker chest-plate.  For that shot, I feel the 2010 model nails the uniform and the 2006 model hits the armor properly.  In his film clips where his uniform looks much darker I think the 2006 version is closest while the 1980 version is way too dark and the 2010 version is way too light. 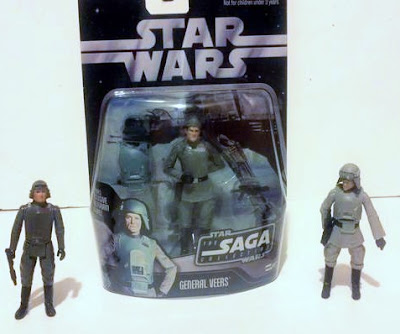 No matter how you slice it, for display purposes, the 2006 edges out the competition but all three are great additions to any collection especially if you are a fan of the creator of the AT-AT.
Posted by Mr. R at 7:37 PM