Simple but says it.  Wanted to get this done earlier but I'll just say to everyone who already put group shots up; imitation is the highest form of flattery...and plagiarism. :) 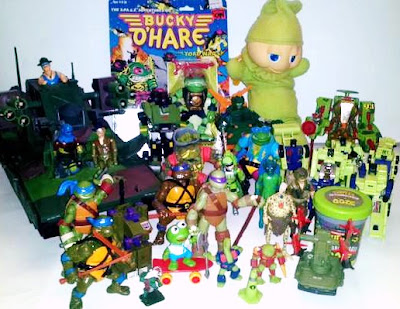 As you see throughout the scene, I incorporated quite a few individuals I had sitting around in the toy room who met this week's strict criteria, let's take a look:

My wife's Glow-worm is prominently displayed. 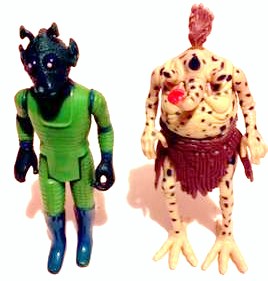 Sy Snoodles and Greedo are representing some vintage Kenner love. 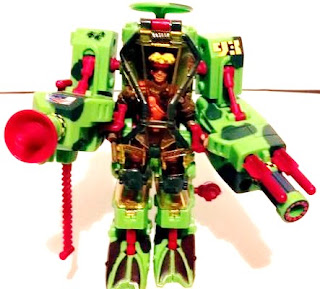 Alec DeLeon is standing guard in his green E-Frame. 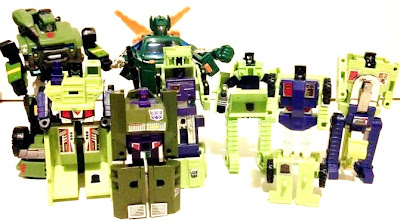 Transformers got a healthy showing  with the Constructicons, Brawl, Classics Hound and Reissue Hoist. 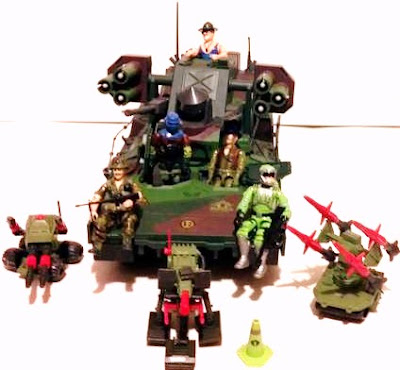 The Slaughter's Marauders, Sci Fi, Wild Bill and Footloose are rocking out in the Equalizer with the PAC/RATs for backup...all they found was a lone Cobra safety cone.

A solitary Toad Storm Trooper lingers in the rear. 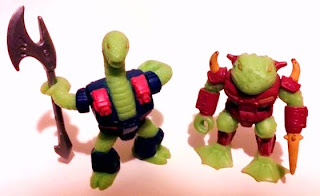 The green Battle Beasts are ready. 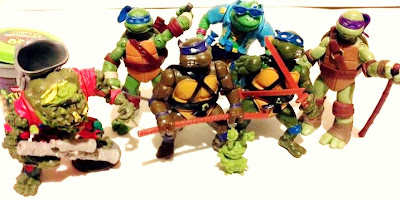 Couldn't be a green page without some Ninja Turtles...Genghis Frog and Muckman jumped in the shot at the last second. 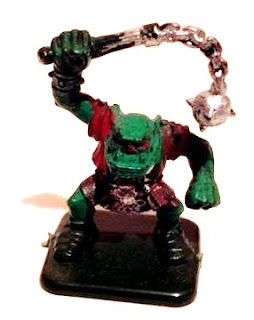 My lone Hero Quest orc is just milling about. 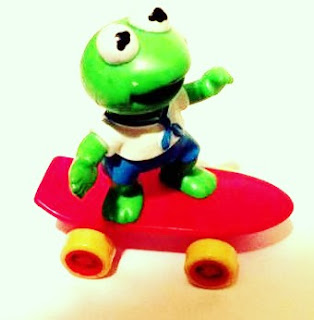 Infinite-Hollywood-Time is sporting the St Paddy colors in his figure menagerie!

Shezcrafti is all turtles all the time!

Caught some Tendril action over at the GREEN plastic squirt gun, bonus points for having green in his blog title!!!

The Dork Horde's Lair is looking at the coolest, M.U.S.C.L.E. inspired, green Zombies ever made.

You won't like Brian at Cool and Collected when he's angry!