I'm sure many a league member has much  more in depth, continuity driven and detail oriented posts about specific comics, graphic novels and superheroes.  I only dabbled in comics and even unearthed in my "geek confessions" that I never owned a true Superhero comic book ever if you don't count Spawn or Rob Lefield garbage.  Instead, I'd like to talk more about the phenomenon that is comics and comic culture. What is it about comics that have gained them such universal notoriety?  You really have to live under a rock to not know even the basics...Movies, games, television have all moved into bringing the world of comics into our popular conscientiousness.  Moms, Dads, Girls, Guys...it doesn't matter, you'd be hard pressed to find someone who never heard that Batman fights the Joker or that Superman is from Krypton.   Why is that?  When did these seemingly dubbed children's characters entered into the universal monomyth to quote James Joyce and become true world-wide archetypes who reflect the full spectrum of the human condition and the timeless struggle between good and evil?

Come to think of it, how do I know what I do about comics when I have not bought any comic since 2004?  How do I know about the Suicide Squad, the "new 52", the Court of Owls, Angela's re-emergence into the world of DC, Free Comic Book day??? Come to think of it, how does my wife know not only who Wolverine is, but that his name is Logan and his skeleton is made of adamantium!?!  I never told her this either, I swear to God and she never picked up a comic in her life!  Comic and Comic news is simply inescapable even if you aren't directly looking for it...it goes to show; if you are even slightly interested in pop culture, comics will find their way to you.   That really says something about the amazing occurrence and popular notoriety of what was long overlooked as trivial "kids stuff".

That's one thing I loved about comic culture...you could never pick up an issue of Batman and still gather so many secondary details in all other entertainment formats which all take up realms of their own.  You have Mask of the Phantasm, the animated series, amazing video games from Sunsoft to Rocksteady, the Tim Burton and Chris Nolan renditions giving the Dark Knight a total flavor all their own...or maybe you're an Adam West fan...I'm not here to judge.  Clark Kent goes synonymously with George Reeves,  Christopher Reeve or Dean Cain!  Take your pick. 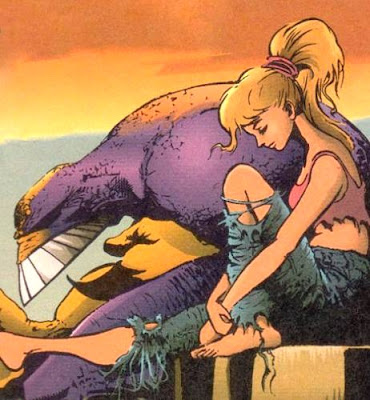 As opposed to Marvel and DC, I was first exposed to comics through the newer company of the 90's; image comics.  I remember finding an issue of Spawn number 11 and it just blowing my 10 year old mind...blood? guns? Super-detailed futuristic soldiers?  Glossy pages and bright colors? I couldn't believe it!  Granted, the series itself was nothing like this random-ass issue...I know, I collected 1-100.  But this really got me head-on into comics...I dabbled in all the image stock under the misguided idea that Image was somehow this adult format that had characters who swore, had scantily clad women and blood...you know adult the way we thought "Mortal Kombat" was the thinking man's game when we were 11.   I looked into Shadowhawk, Youngblood, Wetworks, Gen 13, and Team 7...I know a bunch of garbage but out of the trash came a real gem and that was the Maxx by Sam Keith... what a transcendentally amazing book with great content and even better art...the biggest shame was how the book fizzled out and how the MTV Oddities Cartoon left the series hanging right as the page-for-page cartoon was warming up. 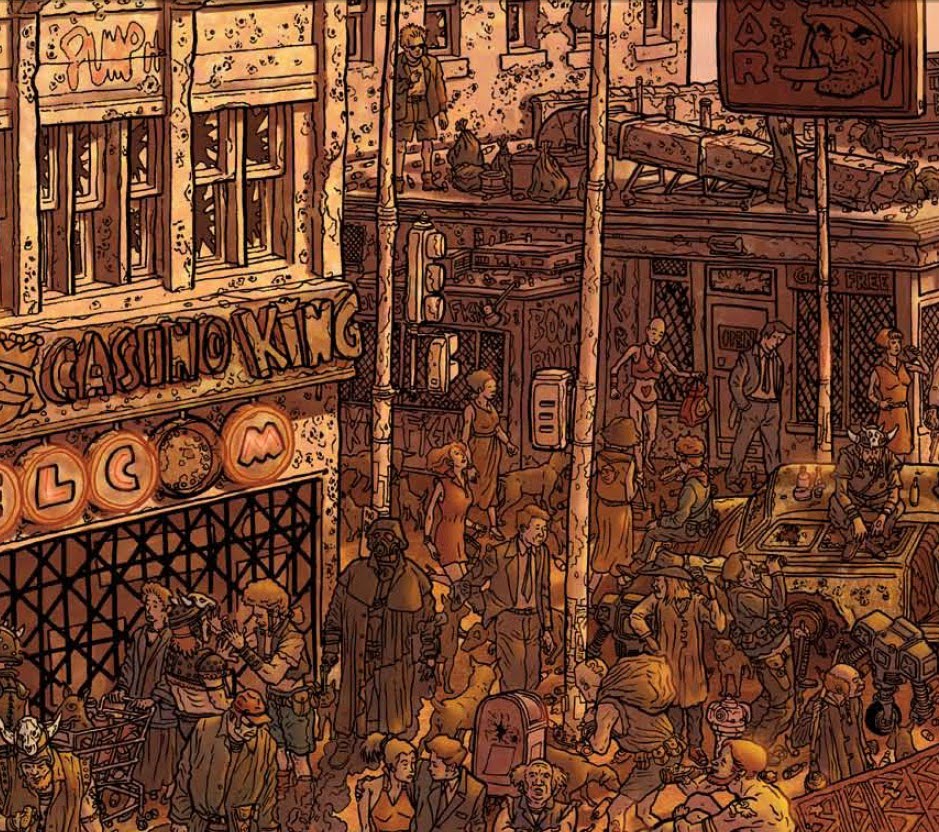 Mainstream superheroes not your style?  Don't worry!  The world of underground comics, Zines and alternative press like Optic Nerve, Scud: The Disposable Assassin,  Iron West,  Jimmy Corrigan, Johnny the Homicidal Maniac and  Lenore are all there for the picking!  What about the offensively hilarious works like Milk and Cheese or Hate Magazine?  You could traverse Japanese anime and manga  by reading the expertly crafted stories like the cyber-punk noir tales of Ghost in the Shell or Akira or visit the post-apocalyptic world of Tank Girl from the U.K. All of these classic books where the things I looked into...I loved the painterly and crafted styles of Dave McKean and Ashley Wood, the painstakingly detailed look of Geof Darrow or Ulysses Farinas, and the graphical styles of Rob Schrab, Doug Tennaple and Jim Mahfood.  Allen Moore revolutionized the anti-hero to a whole new level with the Watchmen.  We then had the modern sagas that also snowballed into their own sub-genre's like Walking Dead and Scott Pilgrim, both of which stand out much better as graphic novels than the live-action translations they spun off into.

Some comics broke new ground winning numerous accolades and achieving acclaim within the highest echelons of academia like the epic works of Art Spiegelman's Maus, Joe Sacco's "Footnotes from Gaza", the coming of age tale of the Iranian Revolution "Persepolis", the adolescent story of coming out of the closet in "Likewise" or the online politically drenched what-if saga "Shooting War" by Anthony Lappe.  This all came from a genre that was potentially banned by the insanely anti-communist/anti-"subversive" congress of the 1950's who created the totalitarian Code Authority banning everything from the world "Zombie" to the existence of an "inter-racial relationship"...and go figure...because of that, we owe comics as we know them today to Mad Magazine...what a saga. 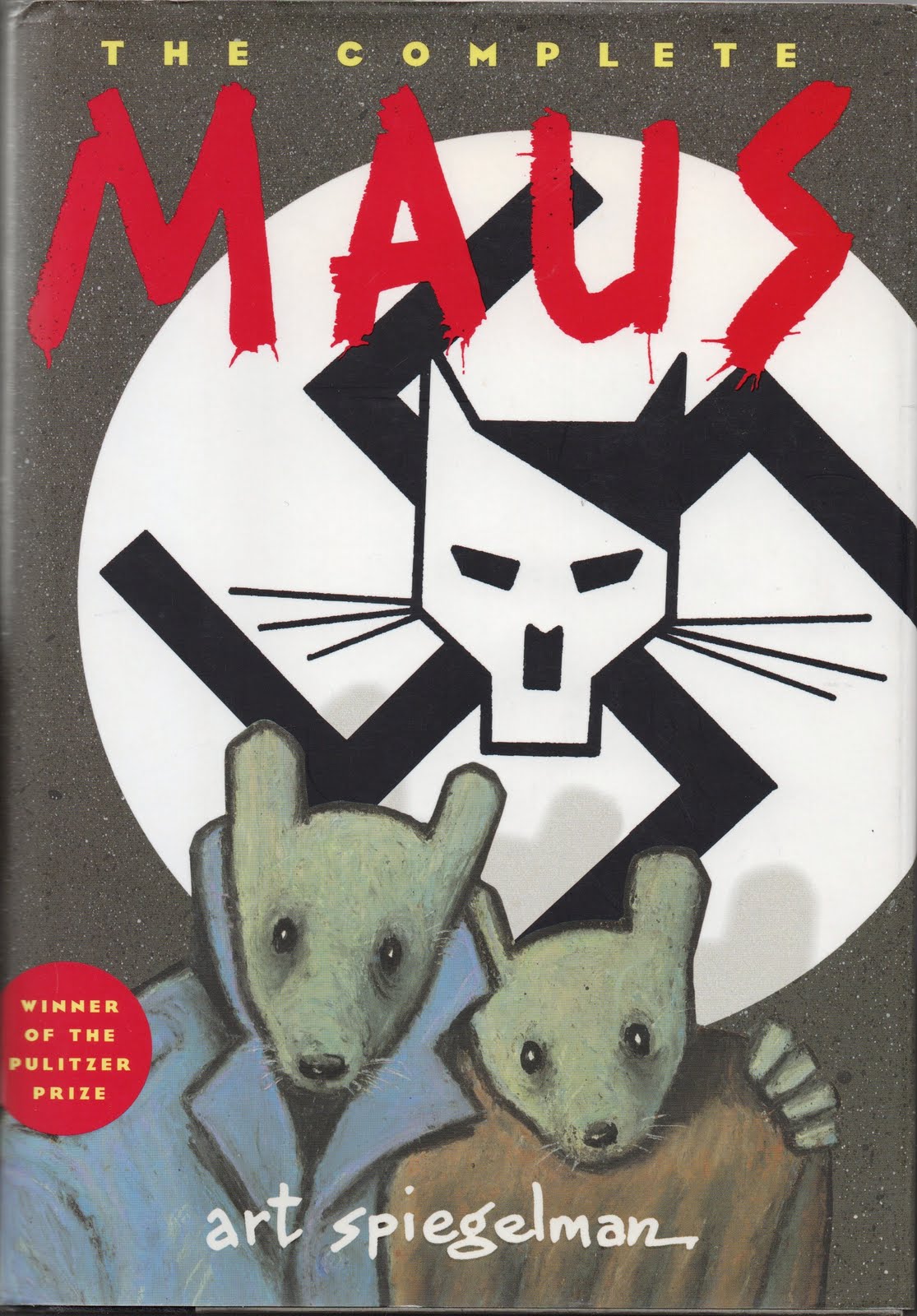 Kal at the Kave of Kool highlights some majorly impressive comic memories!

Fortune and Glory Days takes us around the block with the Man of Steel!http://myvintagetoybox.blogspot.com/2013/04/league-of-extraordinary-bloggers-comic.html
Posted by Mr. R at 7:00 PM