Snowed in? Play a Board game!

As the house of Mr R was immobilized due to the 6 plus inches of falling snow all day, I managed to con my wife into watching the Star Wars: revisited edit that my uncle gave me.  Side note: it is absolutely amazing and makes me wonder how no matter how many "special" editions have been released and we never got a lightsaber fight between Obi and Darth that actually looked like a true duel or that the Battle of Yavin actually looked like a battle!!!  I cannot wait until Adawan remakes the ESB and ROTJ edits.  While we watched the revisited edit, we did what most of us do when the snow falls and you hunker down, we broke out the Monopoly Board. 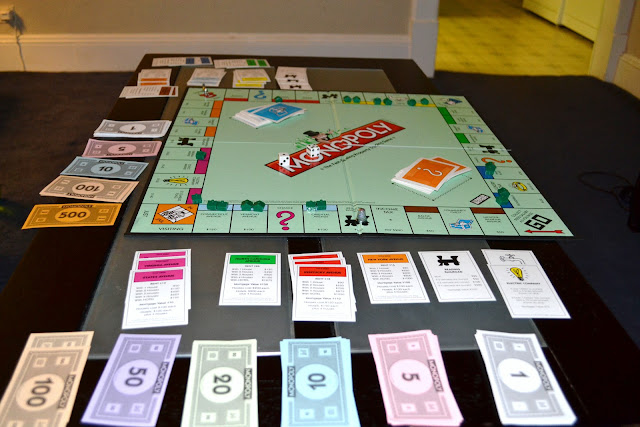 Needless to say, Mrs. R. destroyed me and drove me into insurmountable bankruptcy as she usually does when we play that game.  But I started kicking around the idea to drag out the rest of the the board games to show off some of my old collection. 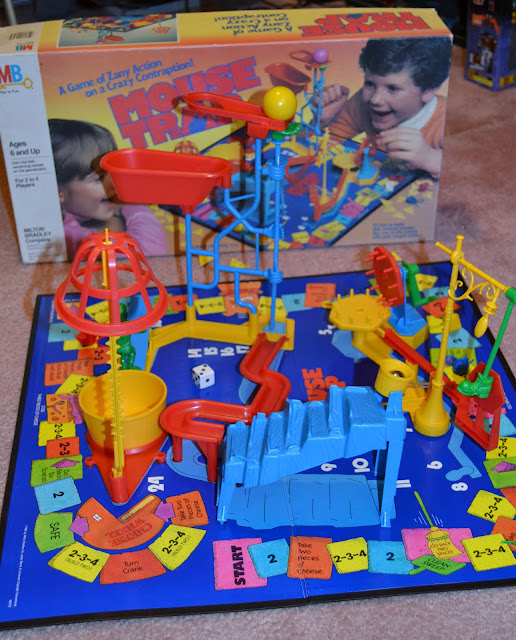 You gotta love the Rube Goldburg inspired workings of Mouse Trap...Honestly, I don't think I ever actually played this game but my cousins and I built and rebuilt this game to watch the workings spring into action.  The commercial has the same notoriety as the Grape Escape, Fireball Island and Operation.  (Btw, did you know that Lion-O from Thundercats was the voice that sings the Operation theme song???) 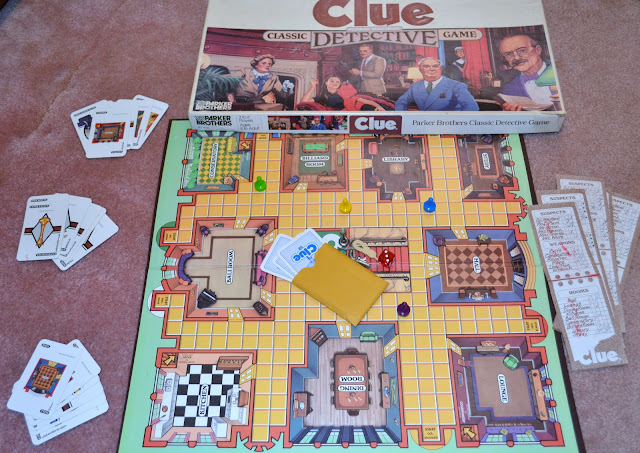 Take a look at Clue...the perfect whodunnit game which spawned an equally impressive movie.  If you notice, I'm missing quite a few of the key pieces but it is one of those games you can play round after round and have a blast. 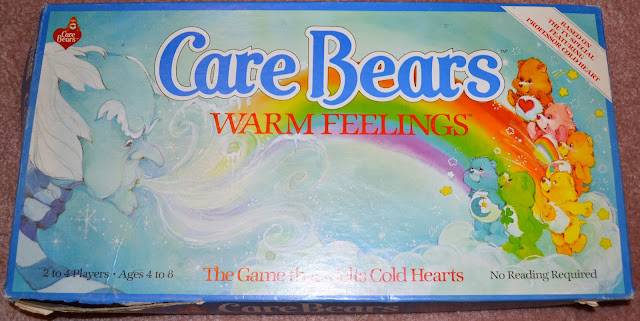 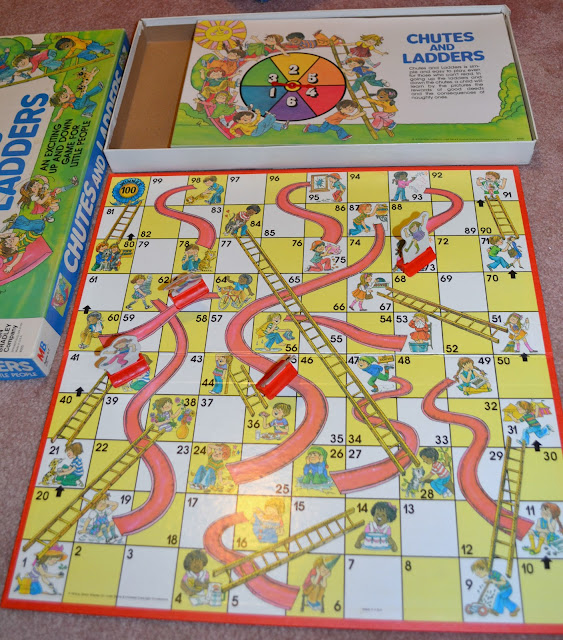 Then there is a kiddy games I can't even remember playing...there's a Care Bears game I found that looks like a spin the wheel and move your Bear.  Nice artwork, simple enough and I put my Grumpy Bear and Care Bear cousin in the picture to frame the shot.  Chutes and Ladders was another childhood mainstay.  Up and Down, rinse, wash, repeat.  That and Candyland were two games I couldn't play enough as a kid. 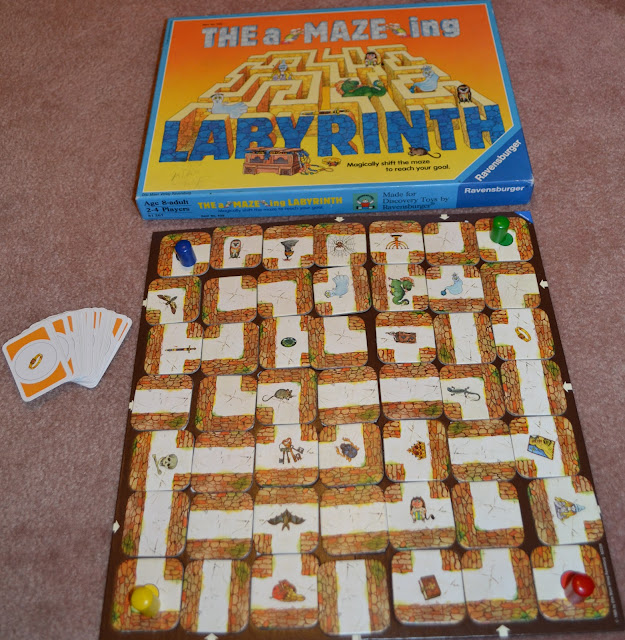 This game called Labyrinth was amazing to me in my younger years.  The object was to collect treasures, avoid monsters all while you and your opponents could manipulate the path while you navigated the dungeon...very D&D Jr vibe to it.   Now if only I could get Key to the Kingdom...(too bad it's over 100 on ebay for an incomplete game) 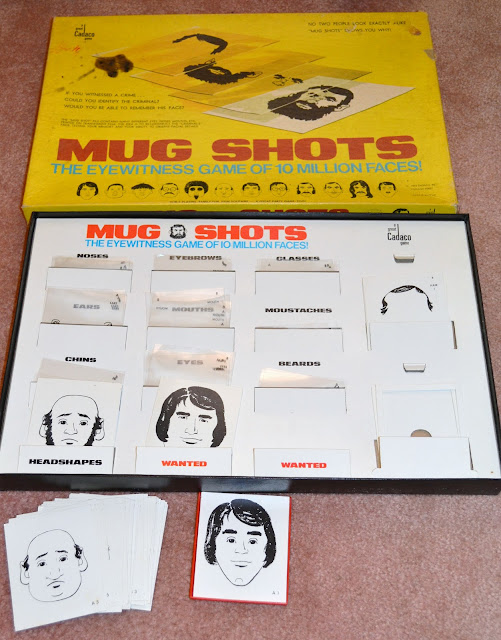 Mug Shots was a game my neighbor gave me to sell on Ebay yet I still have...nice artwork and seems like a very 70's answer to Guess Who.  Let's not forget the 70's answer to well...the 70's, Twister: America's Good Time Game...or was that Scrabble?  Eh, I always remember the "idea" of playing Twister was more fun than the actual execution of the game itself.
Posted by Mr. R at 8:12 AM

Email ThisBlogThis!Share to TwitterShare to FacebookShare to Pinterest
Labels: board games, vintage toys