Not so hot off the presses (sorry, the last week of teaching before break is always a mess)  from Cool and Collected to the rest of the almighty League:

The big guy is on his way! What’s on your Christmas wish list this year?

Hoo-Boy, Do I have quite a few items of choice...I've repeatedly mentioned my wife is amazing at finding vintage stuff to pad my collection with, she basically told me I can expect some nice Lego Star Wars stuff and the rest of the original trilogy figures from the last online only wave of the Star Wars Vintage Collection and additionally, my dad said he got me some high quality KOs of G1 transformers off Ioffer.com (I'm not complaining about KO, this is about getting stuff I never could as a kid since I was one year old when these great toys were released and I have no intention of ever reselling these so it's all good...I can only wonder what he got me though)

As for wish-list, here are my top 3 wish-list items.

1. Reissue Fortress Maximus: I couldnt' believe it when I saw this guy (the Japanese version to boot) was making the encore rounds.  He looks amazing and I can't even wait to see the artwork on the box.  Considering some of the headmaster pieces like Cog go on ebay for 100 plus bucks the 350 price tag (shipping included) looks like a smart deal.  I do have a baby coming in January so the likelihood of being able to snag this guy in any practical sense of the word would be nigh impossible...my birthday does come in March so maybe I do have a distant benefactor out there somewhere. :)

2. Yak Face:  I would probably pass out if I every opened a gift with this rare as hell (at least to me) figure inside it.  It's guys like this one, and blue snag, Amanaman, Stormie Luke and double telescoping saber Luke that probably will keep my Vintage Star Wars collection from ever being complete for a long time.  Some day....

3. Lego Star Wars Death Star:  an entirely way too expensive and way too big item. (I honestly have no idea where I'd put this beauty if I ever received and built it)  The spectacle is just too much to pass up.  I loved everything Death Star related since I got to play with my uncle's Kenner Death Star Playset he had in storage as a kid. (missing the dianoga though...bummer) 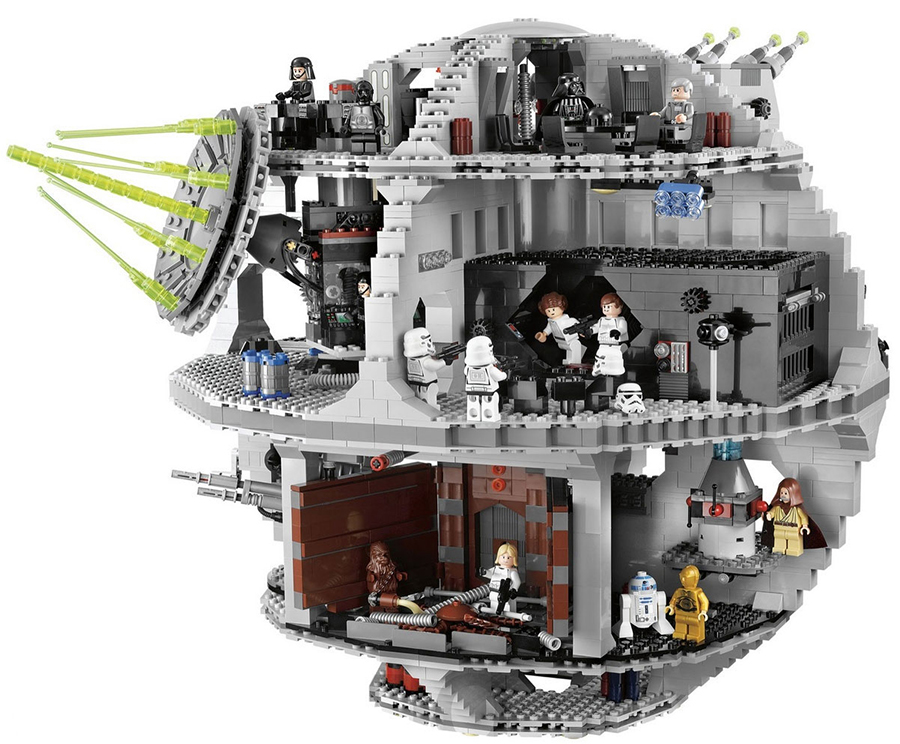 Here are some other League-sters who pine for items of someday future past or whatever whatevs.

Sexy Geek's House of Swag wants a bit of everything vintage wrapped up with an awesome Michael Keaton Batman, noice!

Goodwill Hunting for Geeks wants some killer playsets, thundercats minimates and a madball cycle...you and me both, brother!