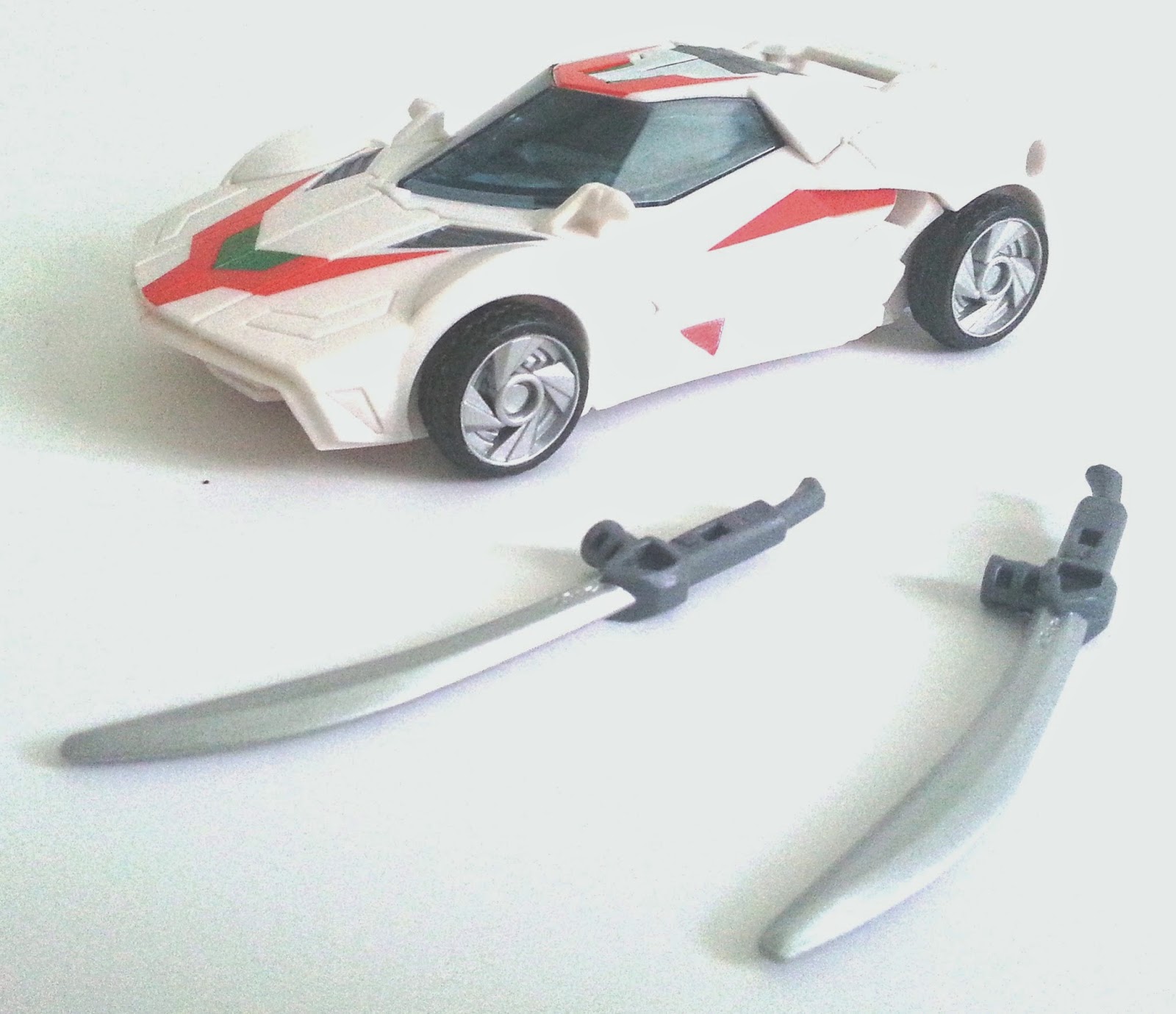 This great figure just came in the mail yesterday and I couldn't be happier.  He's a very slickly presented Autobot Ferrari Testarossa  with high stylization, great paint application and a nice sturdy but poseable frame.  I love the modern take on the great G1 (Porsche) favorite while still holding onto some of the nice aesthetics that made the original Wheeljack so iconic.   Hell, any version of him with legs that are actual legs is a 1up to the original blocky fellow. 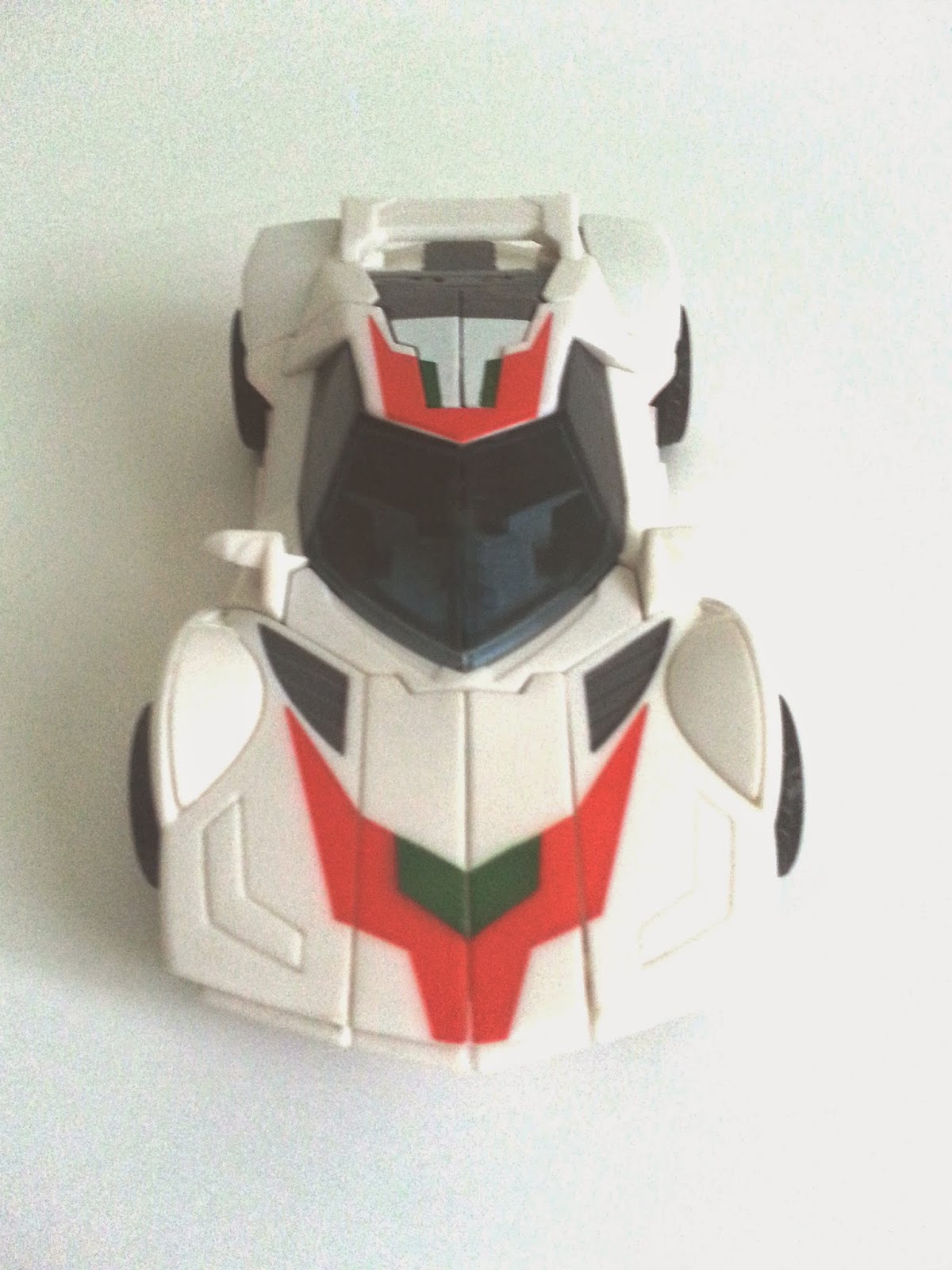 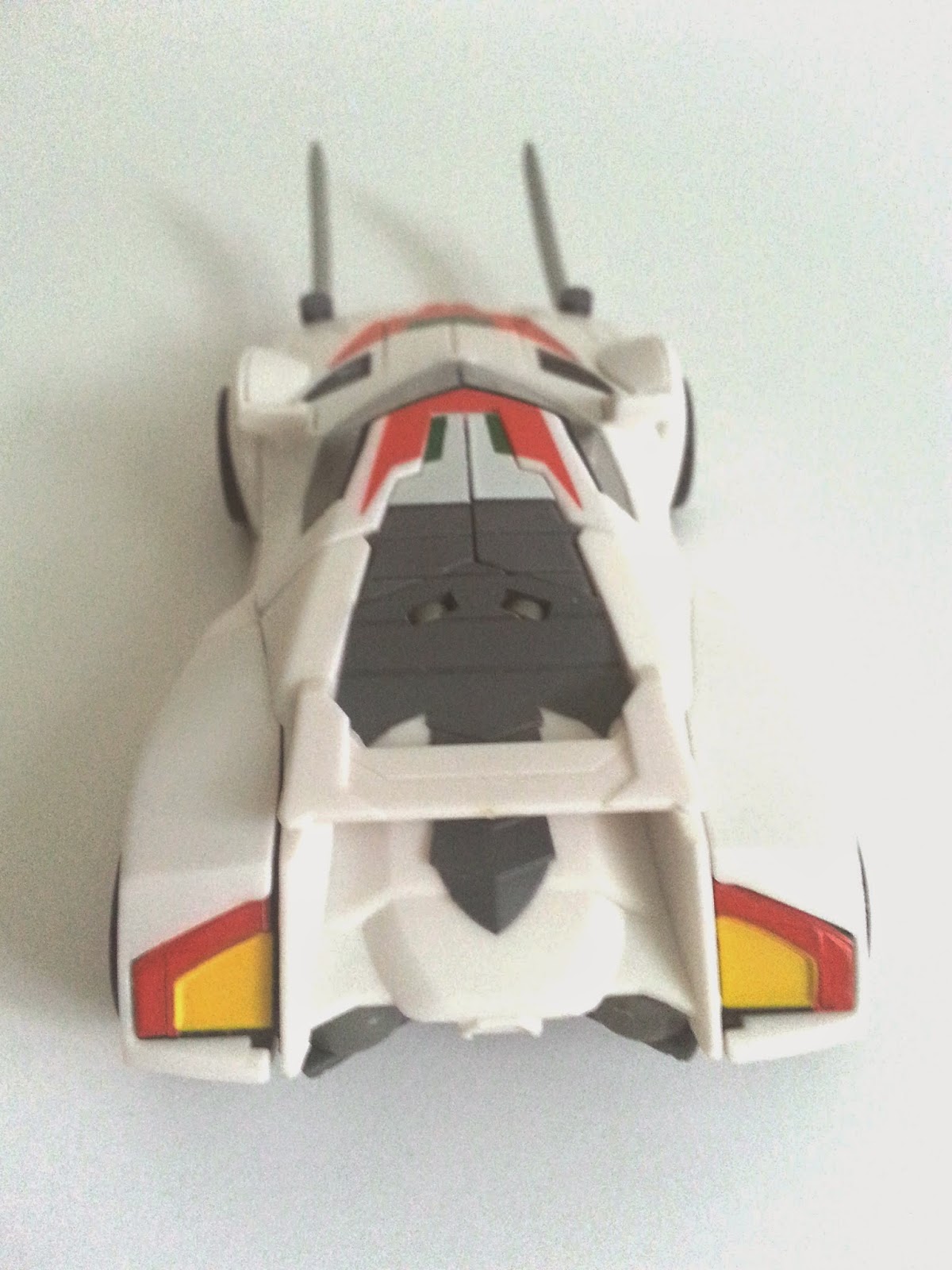 He comes equipped with two samurai katana swords which attach to the front of his vehicle mode or underneath for stowage as well as (I'm not sure if intentional) in the slots in his shoulders to make nice makeshift sheaths.  Decent touch and I've noticed a lot of swords and weaponry with the newer figures with swords and shields for various figures.  Hey, gotta  have something to slice those cannon fodder vehicons up with, right?  In the animated series, they deflect energon blasts.  His articulation is fine with bendable joints in all the right places at wrists, shoulders, elbows, hips and knees and every part of him looks great with little if any kibble and my only gripe would be that his back fins don't branch how like the old school "wings" did but that's more for nostalgia's sake since it works for me.  I'm more stating it should be an option even it's not one I'd pursue. 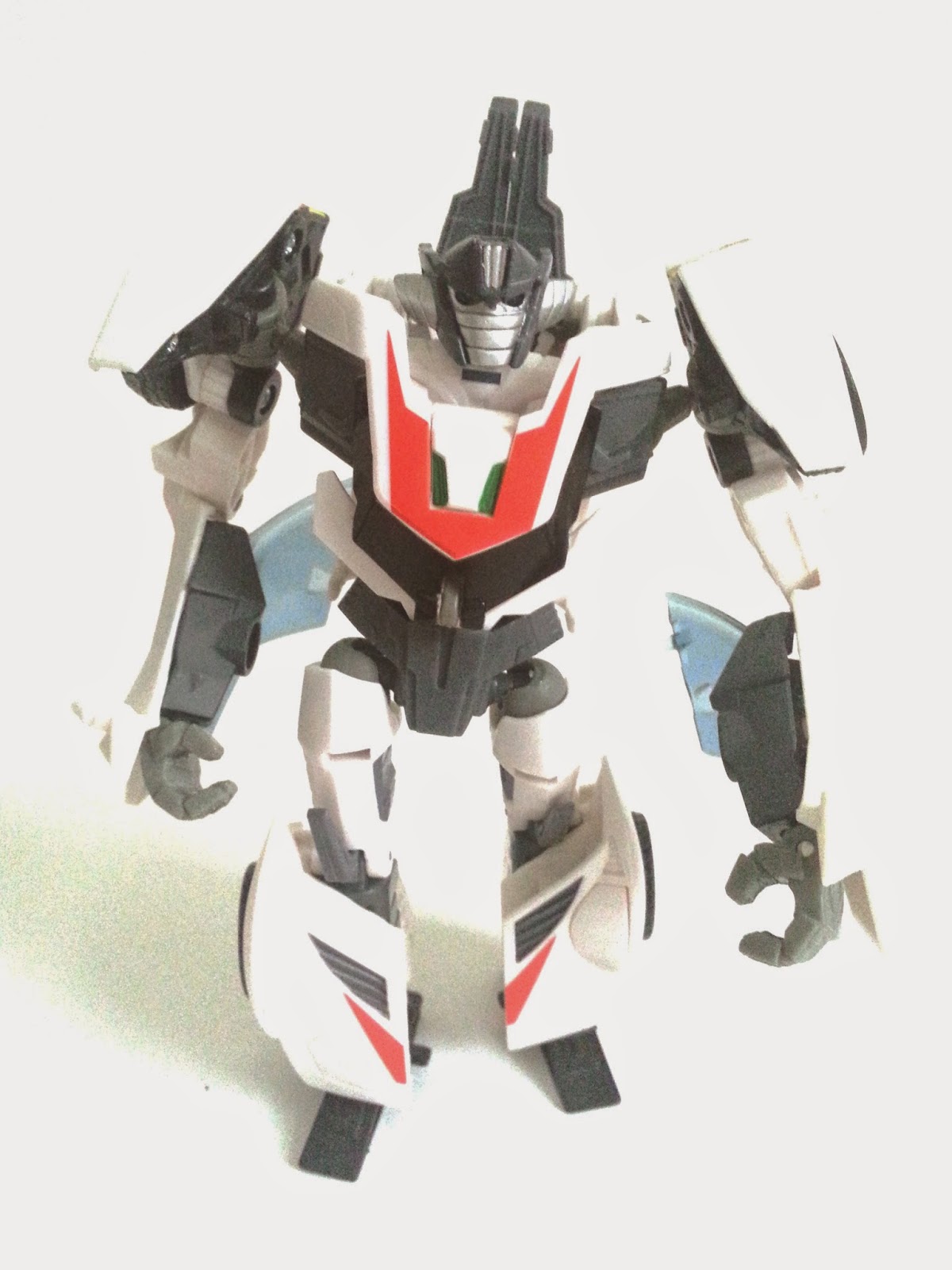 He's got a nice headsculpt with little lightpiping however and doesn't have the slight up side portions of his head as in his Generations model.   However this doesn't happen on the show so no worries.  His head is also presented with his battle faceplate up to more harken the look of his G1 incarnation.  When down he's got a much more articulated humanoid face a la Optimus Prime. 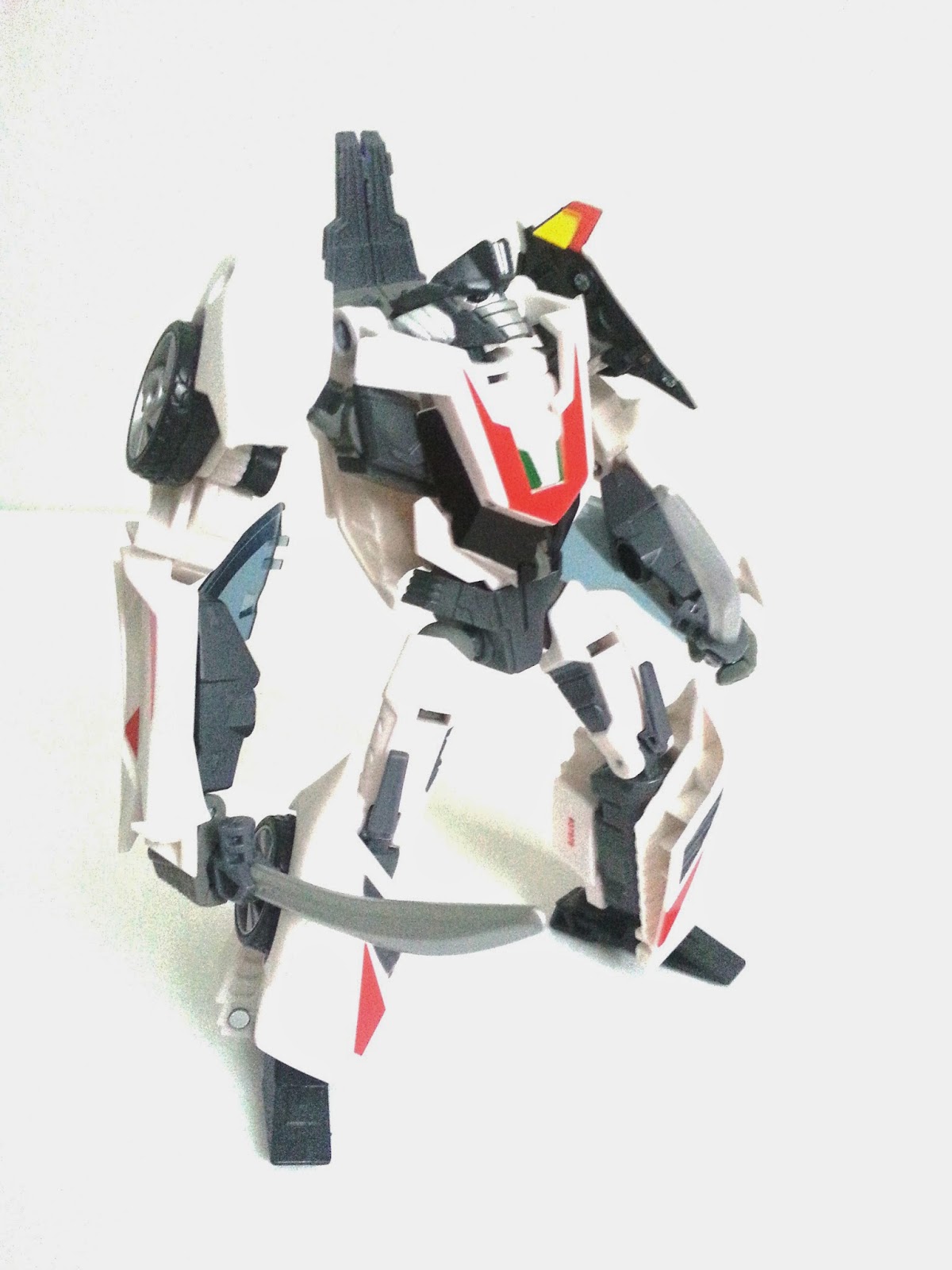 Due to the fact that I'm on a pretty restricted budget, I'm having to be pretty choosy with my purchases as of lately.  I researched the various Wheeljacks and landed on this guy.  His exact replica is available from the Takara Arms-Micron line where he comes packed with a little cool Micron weapon which would have been an instant win for me, however, the AM line don't have much in the line of paint aps (strange for Takara) and in lieu of this, decals are included.  From comparing shots between the two models, I just think the Hasbro painted apps look richer and cleaner than I ever could do with my hands. 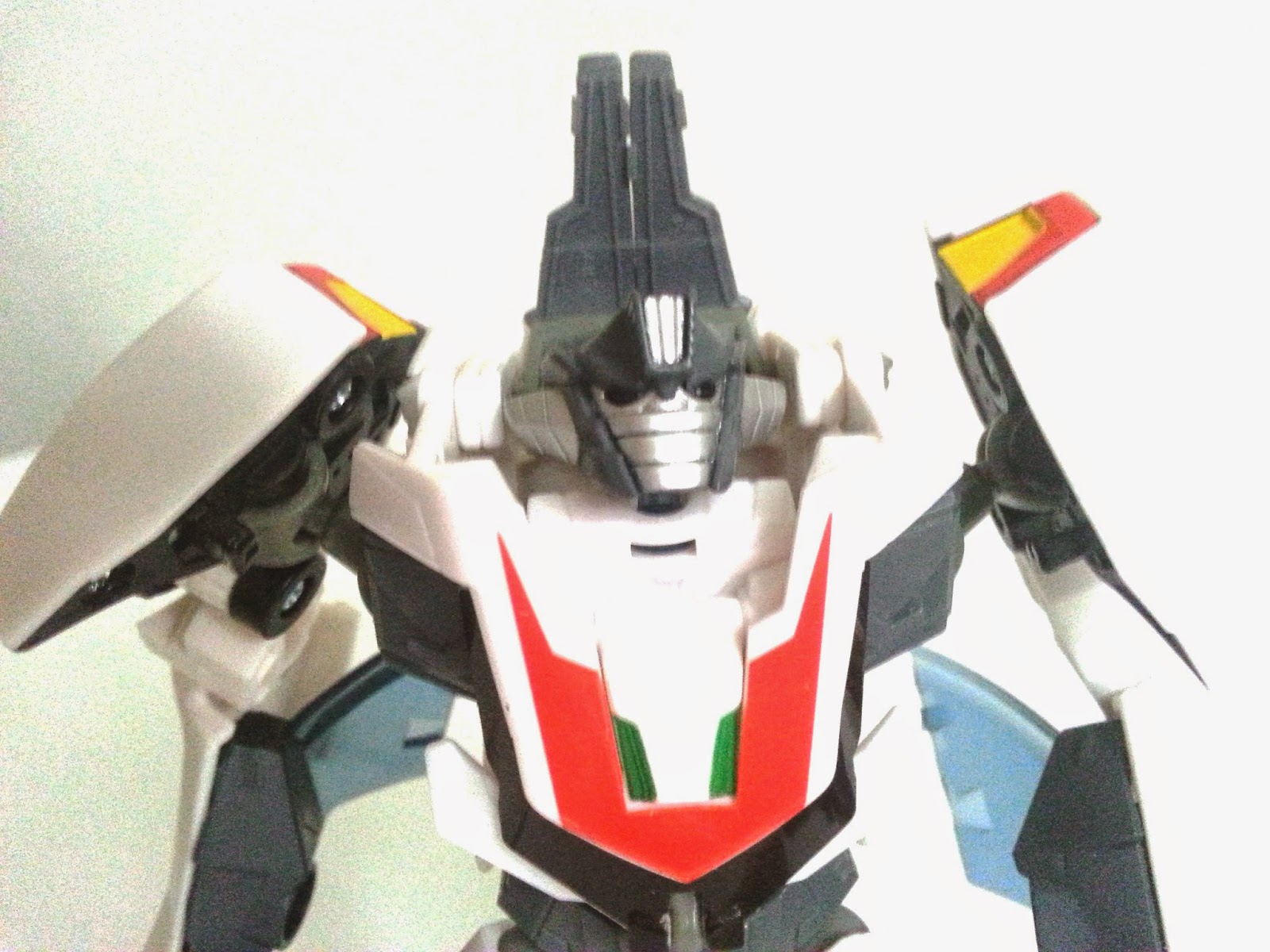 I freaking love this guy and am glad he's my first Prime Series figure who arrived.  I have a deluxe Starscream on the way and will keep you posted.
Posted by Mr. R at 7:45 PM