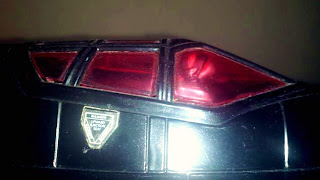 Now let's move into G.I. Joe territory.  Besides Star Wars, G.I. Joe is my other major collection and actually the one I'm centrally focusing on now.  This is on top of the fact that as far as vintage Star Wars goes, I have mostly all of the figures except two thirds of the '85 Power of the Force line which means about 10 or so fifty to one hundred dollar figures left to complete the set.... yikes.  Anyway, Joes were my next most beloved toy line to play with as a kid, starting when my uncle gave me a box full of loose series 2 and 3 figures with all the fixings (even cardbacks) when I was 6 or so and a lot of them are still on my collection shelf today.  Yep, the same uncle who gave me the Star Wars guys.  Honestly, I wouldn't be a collector without his direct influence.  Anyway, Joes were always a crowd pleaser with me and, to some extent, I liked them more than Star Wars guys.  Possibly because they were still obtainable in retail stores.  This series lasted so long and is still popular today despite the rough patches. (cough, rise of cobra)  I for one never stopped thinking they were one of the all-time greats.   The reason being because of the high production quality, the amazing designs and concepts as well as the overall creativity and durability of the products.  This item for review is one of such examples.  It is Hasbro's G.I. Joe Cobra Night Raven S3P fighter jet which debuted for retail in 1986.   This is what many fans consider one of the medium "holy grail" pieces, along the likes of the Terrordrome launch base, the Tomahawk, the Rattler bomber or the Killer WHALE hovercraft.  It is a stunning iconic piece that no true G.I. Joe collection is complete without.  It is truly one of my all time favs. 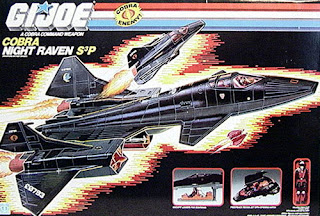 Check out this awesome box art and packaging  Can you believe this originally retailed at 17.99???

One of the more ridiculous G.I. Joe Commercials. I can't imagine a kid not flipping out when seeing this. 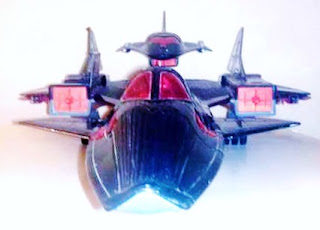 It is roughly modeled after the Lockheed SR-71 Blackbird Jet and it really does a great job capturing the sleek design from nose to tail.  This piece is loaded with features all colored in a great Cobra-esque Black and Orange with red transparent plastic for the windows on the cockpits.  Decal-wise, It's fairly limited.  I got mine used but after comparing the sticker pics with those of completed originals and complete repro sheets, it seems like I'm not missing many.  There are a ton of movable and removable parts such as a screened rear gun that deploys, two removable missile pods along with a drop down missile deployment holder with 6 silver/grey missiles in total.  It has a drop down (interesting choice) two man cockpit for pilot and co-pilot as well as a detachable one manned flight (or escape) drone nestled on the central rear of the jet.  It also has two unhindging engine covers and two removable tail fins.  Size-wise it's a beast measuring just under 3 feet from front to back.

Escape Flight Drone and seating position.  Kind of strange how the pilot is seated on his stomach.  I've tried every way to get him seated and this is the only way he fits. 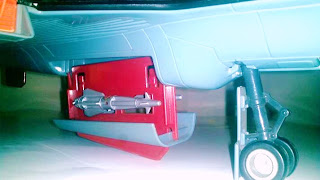 The extra touches like the missile racks and opening engine covers (Joe vehicles always added this mechanical feature to their vehicles from the biggies to the little one man stuff)  These things are what I consider the hallmark of golden age 80's action figure lines.  Look even further down to see the drop down two man cockpit and the detail in the screen covering the rear attack twin cannon. 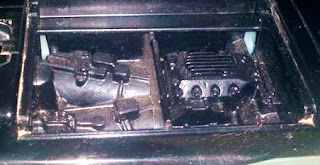 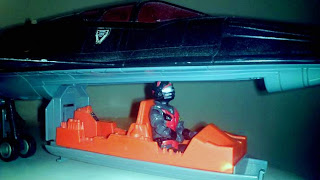 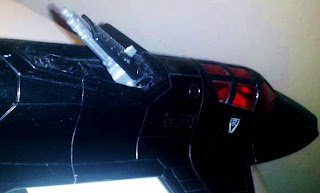 Also included with this vehicle was one of the coolest looking Cobra troopers around; The Strato Viper.  He is very well made in dark grey, black and red with silver accents. He has a really good sculpt interpretation of the cartoon and comic illustrations although the figure has a painted neck which should be uncovered flesh in the source material.  (I prefer the black neck on the figure, personally) He also has nice paint detailing like his chest pistol, arm insignia and buttons and buckles on his flight suit. [taken from yojoe.com - In 1989, the Strato-Viper was available mail-order from Hasbro Direct as part of the "Special Missions Drivers" set with Ace, Thunder, Lampreys, Keel-Haul, and Motor-Viper. In 1991 and 1992, Strato-Viper was available from Hasbro Direct as part of the "Cobra Patrol Unit" with Motor-Viper and a FANG helicopter.] Seriously, I remember seeing this in the little Joe Booklet for x amount of flag points and just passing it over along with collection gems like reissues of the Killer W.H.A.L.E., checkpoint alpha, machine gun nest, night landing and so on.  What was I thinking?  We'll be seeing Motor Viper when my replacement flags show up for my Cobra S.T.U.N. vehicle.  Soon enough.... 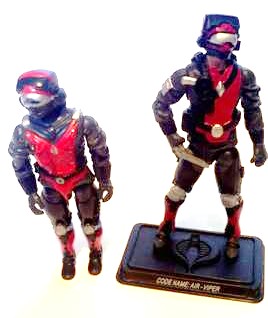 Here, I have him next to his 2008 counterpart that was offered in proper paint styling in the 25th anniversary "Defense of Cobra Island" 8 pack.  Note the flesh toned neck and actual pistol however they did not make his chest pistol removable from the holster as they did with almost all 25th figures.  (Btw, Cobra Island was an amazing set with a lot of sought after Cobra remakes including Alley Viper, Range Viper, Lamprey and Night Creeper...maybe a classics to modern review will be in the future for that one)  Other modern figures were made with different paint variations such as the one included with the 25th Cobra C.L.A.W. pack (same as above), the rocket jet pack (red red black) or with the Rise of Cobra Night Raven (black blue silver) repack. Note: All modern repacks are now called "Air-Vipers" or "Air-Viper Commandos" instead of Strato-Vipers.