If anyone can claim their place as a "child of the 80's", you can't sit there long if you can't identify MTV's original programming lineups with a much different reverence than what that network has since turned into.  Believe me, if you know what I'm talking about, you definitely see why people not only look at the network with contempt but why our generation doesn't even consider MTV to be a channel anymore. 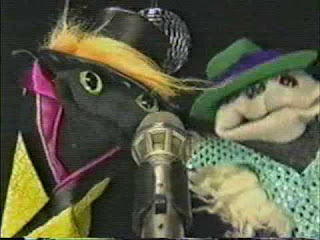 MTV always seemed to be a pioneering station for playing some very on-a-limb original programming and shows.  It appeared all you needed was an idea, a short cartoon, a fresh way to present music or even some sock puppets in a basement.  God, what the hell happened.  Anyway, I can't even list (maybe in the future this will be a topic) all of the old shows I loved.   A couple included  Amp, Austin Stories, Sifl and Olly, Alternative Nation, Daria, the Maxx just to name a few.  But one of my absolute favorite shows was, in fact, Liquid Television. 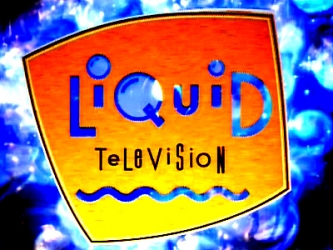 Liquid Television paid homage to animation greats, dabbled in a fledgling style of computer animation, was a forum for some of our first exposures to anime and got us looking into artists like Peter Chung, Mike Judge and Bill Plympton.  One thing though, I love weird as much as the next guy but Liquid Television really pushed the bar on some nightmare inducing imagery and just some plain unsettling plot-lines. (If there even was a plot)

Hello Dad, I'm in Jail (was not was) I have two picks from the band Was not Was where they had their tracks illustrated to very sketchy, surreal animation.  This one is so over the top and captures the panic and insanity of this face repeating the same line over and over... "I like it here, it's nice"...This also is from my favorite part of "Pump up the Volume". 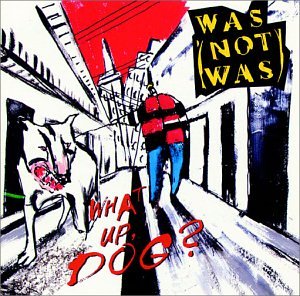 What up, Dog (was not was) - Until I just researched these shorts, I never realized this short was also a song track to none other than Was Not Was yet again.  So it's apparently about a man who feeds people to his pit bull...The man is an extension of the monster he manipulates his pet or "credit card" to become.  Deep.

The Listener - If you could animate a nightmare to film, this would be it...This could be straight from the mind of David Lynch...One thing that always seems to go hand in hand with most of these shorts is a menacing quality to them.  It's not just the "hit you over the head" visuals of the animation or short but the fact that something is going terribly wrong and it transcends through the screen onto the viewer.  This one stuck with me for quite a while. I love the "Everything is Beautiful" in the background...although it is distorted, it helped me find a little ease watching this because it is the most, by far, familiar thing you can recognize..."what am I so afraid of?", "Jesus!"...oh my God.

Glove Story - Symbols on top of symbols for this poor glove who travels to hell and back through room after room (where he is going, you tell me)  He seems destined to fail traversing warzones, art galleries, murders a potato face and sets off a British Volcano??? All while a fuse trails him from each room in the 'mask of the red death' inspired setting....okay...I can dig it.

This is Not Frank's Planet - Computer animated and just more weird than anything...The dubbed sound really takes the edge off.  If this was silent or just had ambient tracks, the backgrounds and ship would be really unsettling but the two 'dudes' flying the ship really ease you into enjoying the ride.  "Can I have my shower curtain back?" Ummm...What the hell? Joe Normal - Wow, this one really made me think the main character was going to jump from the screen and kill me in my sleep.  What a horrifying cast, setting and plot line.  Joe is a psychopath, his mother and dog are abominations and his dad is funny but equally unhinged.  Monsieur Berf La Tete.  Indeed.

Thomas and Nardo - This very basic computer generated adventure series of a living psychotic and violent house named Thomas and his human tenant named Nardo as they did various things throughout the world they lived in....always with unsettling results, murdering a real-estate company...getting a lifetime of roach covered pizzas.  Rolls right off the tongue, doesn't it?  The Residents did the original soundtrack as well...speaking of a 90's mainstay.  They also got a really weird PC MSDOS game back in the day too that is worth checking out just to say you did.

Elvis Meets the Spider People from Hell - This black and white sketchy looking piece of animation really captures a sense of desolation.  The wind blows as Elvis just croons all by his lonesome until 3 Shel Silverstein looking gaunt faces appear connected to spider bodies seemingly from the cracked desert floor.  Elvis is polite as ever and all goes back to normal.  I don't know where the king is these days but I really hope it isn't there.

The Hitchhiker - seeing a ken doll get run over by a car seems really basic and rudimentary when you look at the stuff like robot chicken but this really got to me as a kid. Liquid TV was way into the animated puppet thing with the likes of Winter Steele and some others.  The editing and splicing of the live action is really well done and the real world filmed background fits in nicely over the black and white, flashback narrative... I enjoyed it. Meggamorphosis - A classic story of a small, inexperienced egg being stalked, tricked and crushed by a snake...the predatory nature of this went into waters way more mature than possibly taken at face value. Unsettling.

Excerpt from Joy Street - This, along with 'the death of an egg', and 'dog brain' were shorts that made it onto the bumpers on Nickelodeon as a kid so this was probably the first Liquid Television short I ever saw... I remember those amorphos faces just freaking me out as they shifted and jilted about as "What a Wonderful World" plays on.  The long limbs, the smiling yet malevolent faces on the bugs, radios and flowers all seem happy in a really off, menacing way.