Hollywood loves a reboot–Total Recall with Colin Farrell hit the screens this past weekend, and it looks like Chris Hemsworth is taking on Patrick Swayze’s role in Red Dawn (sob). Your assignment this week…
—
Remake one of your favorite movies with a cast of current Hollywood stars.


I'm gonna have to go with one of my all time war movie favorites and that would be Apocalypse Now.

The plot doesn't necessarily have to change...since We Were Soldiers (which sucked ass) or Tropic Thunder (which doesn't count) we have not been that privy to any current-gen Vietnam Movies so maybe it's high time for a true Vietnam movie with the whole gritty, visceral look that was made standard fare for war movies since Private Ryan.  Take the Rambo reboot and add a deeper plot.  If it needed the whole unnecessary topical plot change for the sake of change, I guess we could relocate it to...well...I don't really know of any Afghanistan or Iraqi locations with rivers for Patrol Boats to be floating on or for many over-the-top beach scenes...unless this could be rearranged to some Amazon River location fighting some run of the mill leftist commie/Nazi generic bad guys and have it all rewrote so it's not U.S. army guys but like private soldiers from DynCorp or BlackWater or something...eh, I'm hating this as I'm typing it so it will in fact be a honest to goodness Vietnam Movie.  That settles it.  If they did it word for word in "True Grit", I'll do it here, dammit!  Also, this isn't really a true Vietnam movie as it is a psychological cave-in and personal introspective nightmare of a movie about the futility of following orders, what man has the capability to do to himself and to others and an expose on how damned the human race is.

So here are the players! 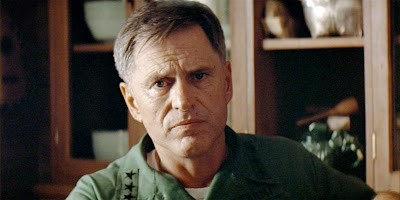 John Slattery:  I think it would only be appropriate for my favorite Mad Man to be giving the orders here.  He carries himself in such a way that I could easily see him as a higher up in the armed forces.

David Duchovny: Not only does he kind of look like the young Harrison Ford in this role but it would be a nice touch of irony to have Mulder giving out a Black Ops briefing.  He's been consistently a buzz worthy actor with his work on Californication as well. 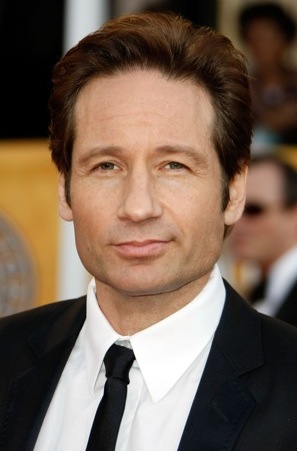 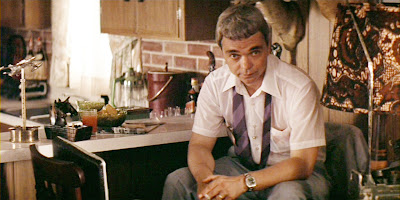 Joe Lo Truglio:  Look at him!  Every time I watch this movie, I always think of Jo when I see this character whose only line is "Terminate with extreme prejudice."

Henry Ian Cusick: I think he's awesome in anything he's in but for this role all he'd have to do is look intensely creepy.  Something we saw him do as Desmond very well. 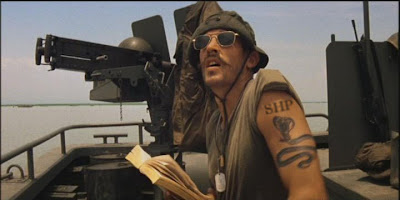 Leland Orser:  Chef was the "panicky one" if there ever was one.  Look no further than the ultimate panic-stricken actor.  From Seven, to Private Ryan to Alien Resurrection, this guy can go from zero to frantic at the drop of a hat.  Perfect for the guy who's "wrapped too tight for Vietnam." 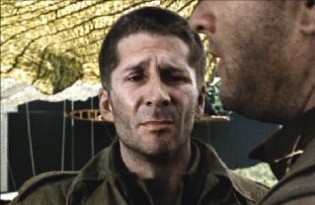 Nick Cannon:  He's big now, right?  The kids like him.  He's got a cocky swagger to him.  Perfect to be the one to break Captain Willard's balls.
﻿

Michael Pitt:  When I wracked my brain to figure out who could portray a drug induced slope into madness, the name that instantly came to me was "Bully" and "Funny Games" star, Michael Pitt.  Good stuff. Jeremy Renner:  Proved his worth in "Hurt Locker", is very current from "the Avengers."  Strong, Silent, No-nonsense...I find him to be a decent choice for our lead.

Charlie Murphy:  I could definitely see Charlie Murphy shooting a M-70 into the treeline sight unseen to take out a heckling VC on the wire, couldn't you? 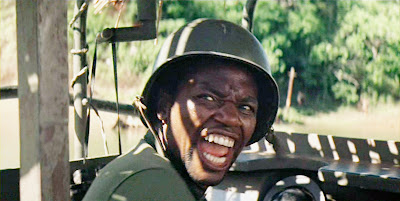 Avery Brooks: Maybe I've been watching too much DS9 lately on Netflix but Chief Phillips screams Avery Brooks.  "It might be my mission but it sure as shit is Ben Sisko's boat."

Woody Harrelson:  For this role, it could just be Woody being any one of his roles, Mickey Knox, Zombieland, Kingpin...doesn't matter.  Having him lead a chopper division over some Wagner would be music to my ears.  He certainly has a "weird light around him." 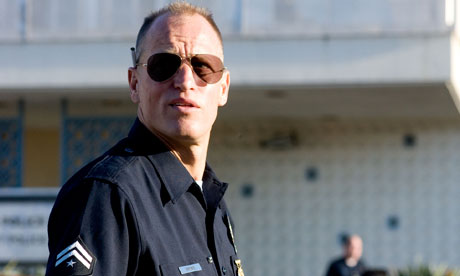 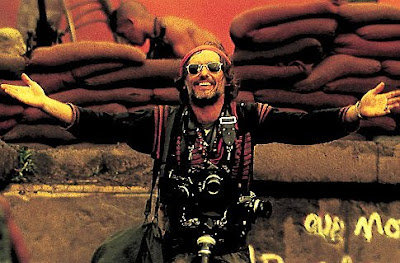 Jeff Bridges:  Would work nicely...he's got the look to him (I was torn between Daniel Day Lewis for the intensity factor though) 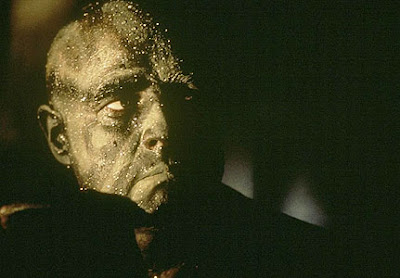 Phillip Seymore Hoffman: If anyone could nail Kurtz's creepy, haunting presence, Mr. Hoffman could.  After seeing him in Capote. something about that portrayal really makes me think he could do this warrior poet on the brink of insanity with flying colors.

Wow, I seem late getting on board!
Here are some of my favorite early entries...

Reis O'Brien is rebooting Beastmaster...(why hasn't that be rebooted now that he mentions it?)

Jason at Rediscover the 80's is rebooting M.A.S.K. (technically a tv show but who cares??? This is possibly the best casting job I've ever seen!!!)

Check out all the other entries on CoolandCollected.com
Posted by Mr. R at 10:48 PM