After getting off my butt and finally doing the HAVOC that's been sitting in my line of sight for half a year, I got the net and decided to start reviewing some of these bigger vehicles.  My first review was in fact on the Cobra Night Raven fighter which is among one of my favorite aircraft but today I'll be focusing on my absolute favorite aircraft.  It was also the very first eBay buy I made when I started rebuilding the collection and boy is it a beaut'!  It is none other than the 2008 Target exclusive Cobra Rattler! 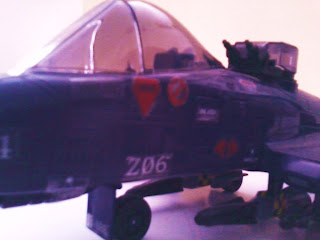 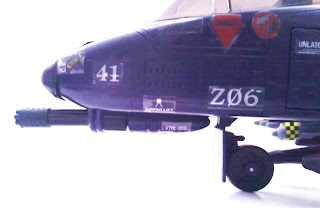 This is just an absolutely beautifully designed vehicle.  It is a perfect copy of the original release from Hasbro in 1984's series 3 Joe wave.   This was touted as the Cobra answer to the Joe Skystriker even though the Rattler was clearly modeled after the real-life U.S. A-10 Thunderbolt which was a ground assault aircraft. (a carpet bomber, essentially) Throughout the comics and the cartoon the Rattler was ubiquitous with Cobra air combat until the Night Raven came along.  We also had other Cobra aircraft over the years such as the F.A.N.G., Mamba, Condor and F.A.N.G. II respectively but nothing really is such an iconic piece of Cobra weaponry as the Rattler. 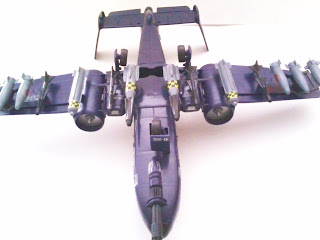 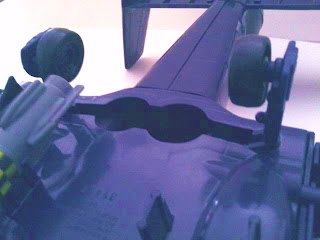 The vehicle design features a Vertical Take-off and Land (VTOL) system a la the Harrier, removable engine covers along with removable engines, a two piece opening front canopy, three functioning hinged landing gear, twin stabilizers with a third rear jet engine on the tail, a rotating and pivoting twin gun turret on the top of the plane with a opening top canopy to seat a second crewman, a rotating "jaw-breaker" 7 barreled Gatling gun on the nose, 4 air to air missiles, 6 cluster bombs on two racks of three, 2 anti tank missiles and a second set of anti tank missiles with removable warheads.  Phew, talk about features galore!  It is a mother with the decals as well and it took me over 2 hours to apply all the decals properly.  It makes such an amazing difference once the stickers are in place though.  Also, if you want to do some battle damage, you're in luck because two interchangeable damage panels are included with various entry holes peppered throughout. 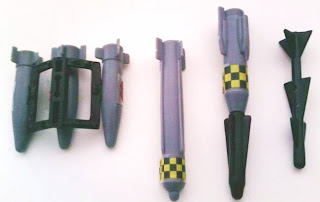 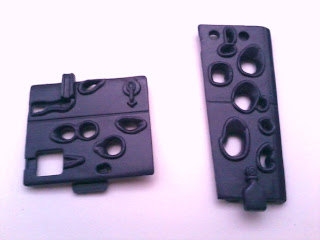 The paint job is pretty standard.  Cobra deep blue for the plane, silver engine turbines, black rubberized nose, black cannon, black bomb racks, air to air missiles and warheads while the rest of the missiles are grey. (Here's the quick way to tell the difference between the 1984 and 2008 models because all of the missiles are black on the original.) 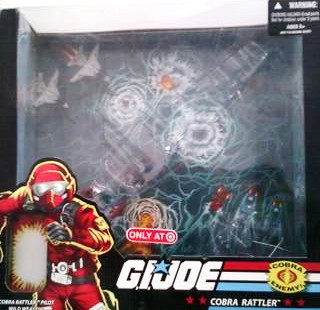 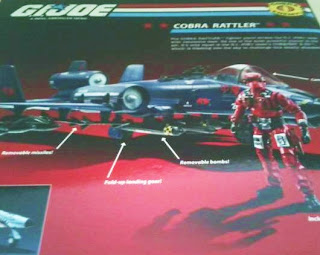 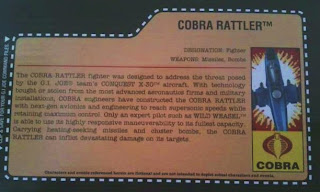 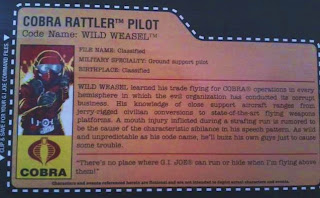 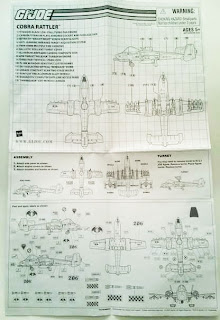 The box art on the new one has some nice artwork of Wild Weasel (the included driver) in an action stance and possessed a clear plastic window showcasing the toy while a cardboard insert features a battle scene with Water Moccasins, Firebats, Morays and various other vehicles going at it under the plane in the supposed foreground.  The back of the box features a nice promotional photo of the plane and pilot highlighting the mechanical specs and has a small corner featuring the other Target exclusive Joe vehicle, "the Conquest X-30 with Slipstream".  On the side, you've got two new illustrations for the file cards of both Wild Weasel and the Rattler.  Compared to the amazing art on the old 80's box, I wish we went full head-on retro.  It did, however, contain a nice retro feeling schematic for the decal instructions. Oh well.  Good effort for Hasbro to try something new.

Included with this great toy is a driver...imagine that, a driver packed in with a vehicle in the modern toy line.  Kudos to G.I. Joe for not really straying from this plan.  One thing I loved about Joe toys was that especially with the older vehicles, it was a way to get some of the absolute best figures produced.  I'm not going to lie, mainly for Cobra's side.  Ice Viper, Strato Viper, Motor Viper, and in this case, Wild Weasel are among my top Joe figures.  The 2008 version is a nice modernized rendition of Cobra's flying ace who not-so-coincidentally had a long time rivalry with the Joe's ace, "Ace."  Nice name, not.  haha. 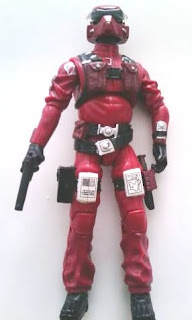 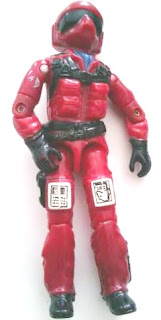 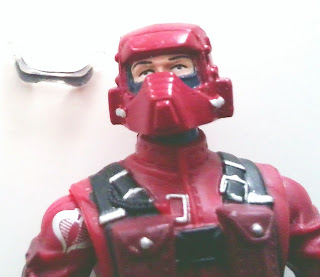 His file card paints him as a mercenary who fought in various foreign civil wars to cash in and received a facial wound causing his speech to be altered and even Wild Bill shoots him some respect.   Nice back story, I'll give them that.   The modern version has a removable pistol from his side holster (standard fare for modern Joe's)  and his paint is very well applied with his leg data and maps with fine black and white detailing, he has a nice flight suit with loose belt and a well sculpted knife on his left side.  He also has removable goggles from his headgear showing a portion of his face.  Nice touch but I still prefer the 1985 model of his with the bigger head and bulkier flight suit.  Even as a kid I loved him and called him the "fat crimson guard." 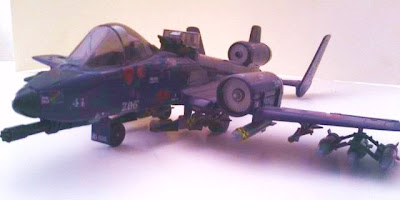 All in all I managed to score this wonderful item new in box for 33 dollars last September (September 9th actually - almost a year to the day) which wasn't that huge of a price bump from the 24.99 it retailed for on Targets shelves but hey still is quite a bit more than the 9.90 you could have paid originally for the version 1.  Also, if you are a Rattler enthusiast, there are massive amounts of variations.  There's a Red remake (with electronic features) from 2002 and a G.I. Joe: Tiger Force Tiger Rat remake from 2008 or if you wanted some original Ratter action, you could go for the two original Joe versions of the Tiger Rat in 1988 or the green A-10 Thunderbolt repaint from 1997.  So many Rattlers so little time...and money....and space.   Take a look at the Rattlers over the years.  I want them all....