Again, too much cool to count.

Hello again...It's been one hell of a summer.  Baby's growing, moved with a week to plan it during the only heatwave of the season, major change in monetary situation, sold everything off except my Joe's and Star Wars, got a second teaching license, waiting on word for another Social Studies job, went back to FedEx where I never thought I'd set foot again and luckily came to my senses and quit hastily.  Quit a bit happened sufficed to say.   Anyway...this isn't the life according to Mr. R's blog...this is about toys, movies and other inane things that a select few of us value.

Besides all that...quit a few nice developments in the realm of collectibles and figures occurred over the course of Q3.  Some disappointing as well.  Let's have at it.


Hasbro...what the hell are you thinking...So black series is quite the literal mess as our favorite love-hate-hate toy company who loves shilling us another 10 bucks for the same guys on different cardbacks decided to not put proper glue on said cardbacks and we now have these crappy mostly reissues laying all over the floors of Targets and TRUs and Wal-Mar....oh wait...due to Hasbro deluging the market with the Phantom Menace Vintage Line that sat for 2 years, most Wal-Mart's aren't even carring Star Wars this year!  There's only one figure I want out of three waves of this series and I bet he'll be hard as hell to locate since he's wave three of a seemingly poorly selling collection...A yet unmade Nikto guard named Vizam...Finally a new OTC figure from Jabba's palace...c'mon Brock Starsher and Cane Adiss!  Remember the old BAD line when they went nuts making every random Cantina Patron they could find???  How in the name of Holy Hell can we still not be able to recreate the skiff crews from the Sarlaac Battle still?  These would be action figures who actually saw some action in the films too!  Even an update of Yak Face, Pote Snitkin, or Squid Head would be very welcome. 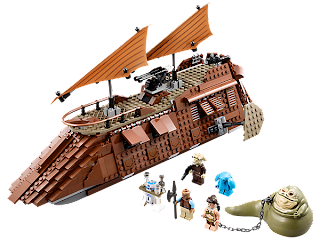 Jabba-wise, also from Lego was a redesign of the Sail Barge with Ree-Yees, Weequay and Max Rebo included...not too bad.  For OTC lego fans, besides the upcoming Ewok Village this Christmas...you're in for a disappointment as there's only one troop builder set of Death Star Troopers for the Winter 2014 lineup...seems like a cool little Death Star Turbo Laser Station with 2 Royal Guards and 2 Death Squad Commanders. (no Imperial Gunner Lego-style yet, surprisingly) A real sketchy catalog leak was up a week ago but I think Lego corporate put the Kibosh on it. 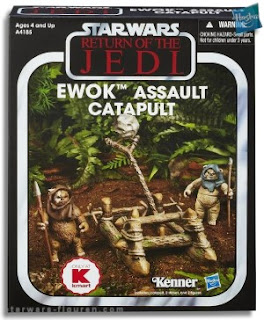 Then you had the Amazon debacle of the Vintage Collection Slave-1!  From being shipped without packing boxes, to missing pieces we saw quite a few unhappy campers but apparently Amazon was very cool about exchanges, credits and returns so all good?  Amazon also has an exclusive T.I.E. Interceptor out there as well.  There's a TRU exclusive Bigg's X-Wing fighter floating around as well as an upcoming Ewok Catapult K-Mart Exclusive packed with two more yet unmade ewoks (can't find out their names...I looked up and down and they apparently are based on 2 unnamed ewoks who were loading the catapult in the scene from Jedi) as well as a Vintage packed ROTJ AT-AT vehicle priced at a reasonable 130.00.


Beyond some flubs, I laud the new 6 inch Black Series as I look at my awesome Sandtrooper on my desk.  I pre-ordered the wave two Boba Fett as well (who jumped to the number 4 top selling toy on Amazon in a day!...he's at 95 now, boo)...debated moving for the Han or Luke or if I'll just stick with Imperials.  Nice poseablility, great paint applique and detail I very much enjoy studying on a grander scale. Apparently they are developing a Scout and Speeder Bike for this line for Q2 2014...Something to very much look forward to.  Made me look at the vintage 12" Boba Fett for a while on ebay.  Speaking of, tried my damnedest to snag the Boba/Han SDCC exclusive off Hasbro Toy Shop.com but didn't even come close before the vultures snagged em all and put em up at 100+ a pop.


One SDCC exclusive I did snag (at a great price on top of a great price) was the TRU exclusive Masterpiece Soundwave with 5 cassettes including Rumble, Frenzy, Ravage, Buzzsaw and Laserbeak (easily worth 100 just for the cassettes)...Too much value to count compiled on a 15% off promotion put him at 108 bucks even for the whole sha-bang.  I was able to find this quick-to-sell-out beauty on the last day of the sale after letting on pass me by earlier in the week...gotta say, I love these Masterpieces and may be only looking at these guys, third parties and gestalts from now on.  Stuff I can buy current without having to kitbash vintage stuff.  Already ordered a KO MP SideSwipe for 37 bucks...Can't go wrong for that price and am looking forward to the "Afterhours" as I dubbed him, MP-10 KO Prime in the works later this month. 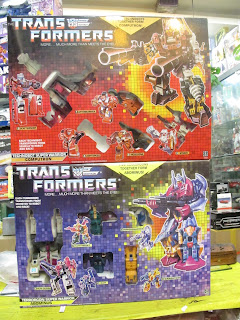 On top of this I'm seeing the price on anime Devastator dropping to 67 bucks on Amazon, Fort Max Encore to less than 310 and you have that amazing Titan Class Metroplex hitting stores and on-line retailers on top of the too good a deal to pass on of Platinum Predaking Reissue Amazon / BigBadToyStore Exclusive (watch Amazon since they are apparently pullling the Slave-1 shipping switcharoo on buyers...order as a gift to ensure a packing box) .   Referring to KO's, if your in the market and missed out on some later G1 Series biggies Zhong Jin has released this trio of Scorponok, Abonimus and Computron, all have been floating around ioffer lately.  Can't stress enough how much I want the Fans-Toys 03 Quake Wave (Shockwave masterpiece figure)...looks absolutely great and a perfect high quality G1 rendition. 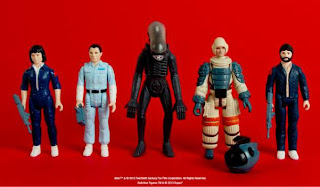 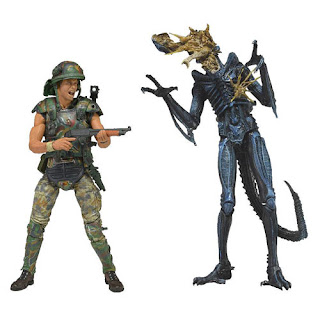 Icing on this cake is the late late late release of the original Kenner Alien action figures which have surfaced on entertainment earth and bbts from Super7 toy company.  If you are a fan of Alien(s) particularly Space Marines, slated for release in November is a helmeted Hicks vs exploding xenomorph 2 pack from Neca. 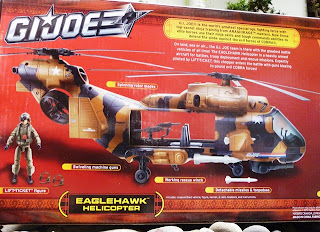 If you missed out on the original vintage G.I. Joe Tomahawk (A pinnacle vehicle from the collection)  you can get the re-release for about 40 or so bucks in a teeny-tiny box...seriously different from the old-school ARAH boxes. Now it's the Eaglehawk and man, there are some real differences...HUD and control panels in the cockpit, a crank for the wench, removable engine panels, more detail on the door guns, rotors and propellers (which also fold back for easier storage)...Gotta hand it to Hasbro on this one! 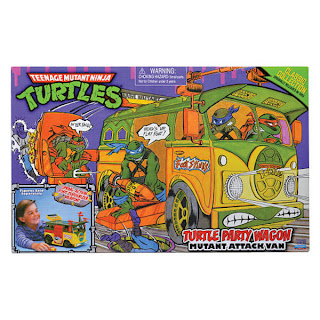 For all you Vintage Turtle fans, announced today was the news that the classic collection was snagged as a TRU exclusive with more to come along the lines of the 1990 likenesses from the movie as well as a new Retro collection included Don, Mike, Leo, Raph, Shedder, Splinter, Foot Soldier and Kraang along with the Party Wagon...at 2013 prices alas.  They are up for 12.99 each pre-order on TRU's website along with a steeeeply priced 59.99 Party Wagon which excites the retro fan in me but infuriates the consumer in me simultaneously.  Honest to God, I sold a carded 1988 Donatello on ebay for 20.00  and a set of the first four years of complete figures with cardbacks for 150.00 so if you are in the market for vintage you may want to go with actual vintage.  I remember seeing them on K-Mart's clearance rack in the 90's for 1.99 a figure!  How times have changed and I call bullshit on the fact they know they are shilling collectors like us  who are the target market in buying the same stuff we had as kids... Christ, I could get a ACTUAL retro Party Wagon from 1989 for that price and since the pretty much exact same modern Shellraiser goes for 22.99 at Target today, I wonder what the whole 40 dollar mark up is about.

So, any readers share my interest in any of this? What's on your wish lists this holiday season?  Think the Party Wagon ISN'T overpriced?  Sound off in the comments!
Posted by Mr. R at 11:56 AM