I had a couple ideas for strong first impressions but I'm about a month late and alas, Unicron, the opening Star Destroyer Crawl in New Hope and Mario 3's intro in the wizard were all taken...you snooze, you lose, right?

I consistently gravitate toward video games so quite a few introductions came to mind since (especially now) as games become more cinematic they need to draw their audiences in with a strong introduction.  Some instances come from my high school years and the playstation era with your classics like Final Fantasy VII, Metal Gear Solid and later God of War and Shadow of the Colossus. But for a true pop culture introduction and first impression, I'll hearken back to the good old SNES and the Final Fantasy Series. 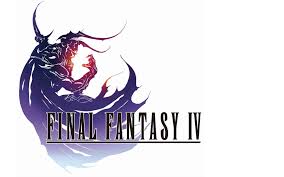 Both Final Fantasy II (IV) and III (VI) absolutely blew my 10 and 12 year old mind when I was first exposed to these masterpieces with amazingly epic soundtracks that pumped you up like "Rise of the Redwings" in II and the dramatic, slow and deliberate trek through the snow in III on the way to Narshe village.  These both set the mood expertly and gave games with simple (great for the respective system) graphics the ability to show exactly what the console could do and do something that was unheard of in a old school game...create a true atmosphere.  There was something bigger about these games.  Something that made them seem adult or that this wasn't a story for children, like one's first novel or classic piece of composition they are exposed to at a young age.

Unfortunately, I feel like the limitations of the earlier systems are where this game was truly able to shine and once the seemingly limitless capacity for technical flare and graphical bells and whistles kind of blows the lid of and endlessly flows the paint saturating the canvas.  Final Fantasy worked best when it had technical limits so the non-graphical things could shine like character development and story.  I may not enjoy where the series has since gone over the past 25 years but boy, did I love its beginnings.