Simply too Much awesome to count!

I'm writing a half dozens pieces this weekend to make up for my month long break...break if you call 24/7 baby watch a break.  :)  He's growing and becoming quite the little crazy bear and it's absolutely wonderful but I've been literally sitting on a pile of news I want to talk about, toys I want to express my excitement to speak of, stuff in the mail that has been sitting in the corner, and a dozen new in box stuff sitting under my desk!

So....there's a new Star Wars coming out?  With J.J. Abrams?  Luke and Han are reprising their roles (rumored???),  this on top of a spin off series of character driven independent Star Wars movies???  a new revitalized toy series is coming out with 6 inch beautiful figures????  They are redesigning Jabba's Sail Barge and Republic Gunships for the Summer Lego 2013 waves??? After seeing what Disney did with the Avengers, I am more than optimistic.

All I can say is, I hope to God I get paid through the summer with my job (I find out at the end of March) 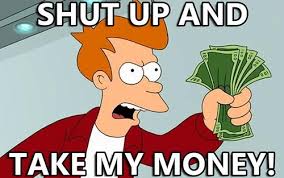 New York Toy Fair came and went during the Snowmageddopocalypitacolopology...everyone from my personal friends to the guys at RebelScum and  YakFace.com to Mark Bellomo were lamenting the snow putting the freeze on their plans (wakka wakka)  but there were defintely some beautiful items displayed....I watched a whole god-damned episode of the "View" to see the New York Toy Fair section and it was all baby crap like puppet shows and flying fairies... However I found some other great things not featured by that brain-cell eviscerating show. GI Joe: Tomahawk remake??? Check (I already have the classic T-hawk but it's great to see Hasbro really delivering a much wanted fan piece that is - in my mind - a monster vehicle set)
Breaking Bad Action Figures???? Check Check 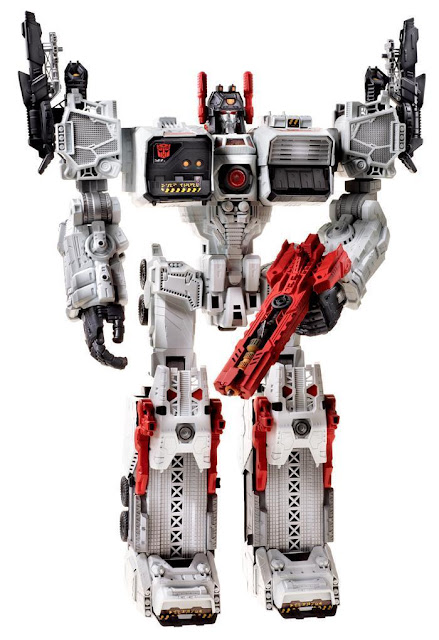 Speaking of amazing yet nigh impossible Transformers I'd love to own, I saw the Fans Toys Masterpiece Shockwave AKA "Quake Wave" fetching a pretty 125.00 if you can find a site that isn't sold out!  What a beaut! Transformers Fall of Cybertron: METROPLEX???? OH MY GOD, HE'S TWO FEET TALLLLL!!!!
On top of that I am really digging the deluxe Generations Springer and Blitzwing slated for release...I know I sold all my older Generations stuff but for a few keystone pieces these guys wouldn't look so bad Mint in Box for me.
Star Wars: Black Series??? Um...Check and where the hell can I get my hands on these masterpieces at 20 a pop???

The Black Series which is being produced by the guys from HotToys are making what look like some of the best detailed smaller figures to date...these are on par with the size of the Marvel Legends of McFarlane toys but I gotta say look so much more spot-on in the detail department....Take a look at the Artoo or the Sandtrooper and tell me these don't look like still principal photography???  The fact that these are actually manipulable toys that you can display and play with only make it all the more enjoyable as the Hot Toy and McFarlane stuff always seemed to Statue-y to me.

I cannot wait to see what "wave 2" will bring as it seems to be focusing on the original trilogy.

The upcoming Lego Star Wars Summer Wave looks great too, although it seems to be almost entirely focusing on the Prequels and mostly the Clone Wars....I see some deathwatch in there...another AT-TE, a Republic Gunship...Spider Droid Walker and a Duel at Geonosis showdown...(actual names escape me at this point)...That Jabba Sale Barge though looks pretty amazing (although not quite as cool as the older model was, go figure I totally wasn't into collecting at all when that now 400.00 set passed me by...I actually remember my cousin getting it one Christmas at my aunt's house)

That's all I want to say about what's been going on in the world of toys...I do have some reviews and highlights coming up later this weekend so stay tuned...my son actually has a few toys and even a comic for him to read when he's able that he received at his christening.  He's definitely being steered in the right direction. :)